Rotating Black Holes May Be the Key to Hyperspace Travel

Let’s get the obvious out of the way first: the Rotating Black Holes would be a great name for a band.

That being said, with the nasty reputation black holes have for destroying everything that gets close to their namesake characteristic, it seems strange that scientists might consider them to be a safe and efficient means of hypersonic travel. And yet, that’s exactly what a new study proposes … providing you use the right kind of black hole. And that, if you’ve been paying attention instead of registering that new band name, is the rotating black hole.

“If the black hole like Sagittarius A*, located at the center of our own galaxy, is large and rotating, then Interstellar” have to contend with is very gentle and could allow for a very peaceful passage.”

Gaurav Khanna, a National Science Foundation-funded physicist and co-author of “Physical objects approaching the Cauchy horizon of a rapidly rotating Kerr black hole” (published in Physical Review D) was kind enough to explain his theory in somewhat layperson’s terms in his recent essay in The Conversation. The study was inspired by the movie “Interstellar” in which Matthew McConaughey’s character falls into a fictional rapidly rotating black hole. Ph.D. student and study co-author Caroline Mallary wrote a computer model to simulate the same experience using Sagittarius A*. Spoiler alert (for the study, not the movie): it could work! 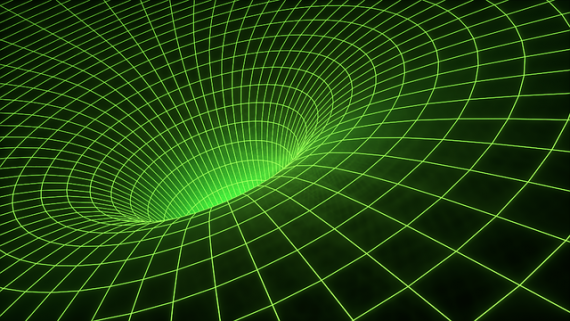 Khanna explains that the singularity in a rotating black hole is technically “weak” and won’t damage ships or other objects entering it. Also, Sagittarius A* is much smaller than the massive black hole in the movie (Gargantua), so the singularity would be easier for a ship to detect and be prepared for. The model also showed that the effects of the singularity -- cycles of stretching and squeezing on the spacecraft – are constant rather than rapidly increasing, so the effects can be planned for without any surprises.

However (there’s always a ‘however’), the potential hyperspace travelers have to pick the ‘right’ rotating black hole – that is, one that is so far away from any other stars or their radiation that there are no outside disturbances which can affect the singularity. Unfortunately, Khanna points out that the known black holes all have dust, gas, radiation and other cosmic material rotating around them. 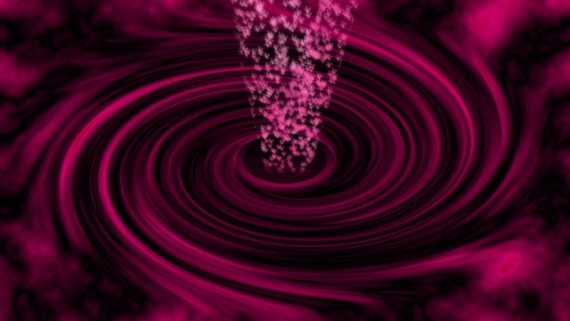 Of course, all of this is theoretical since the Catch-22 (another great movie and pertinent paradox) of rotating black holes is that we need to try one to see if it works … but the only way to get close enough to one is to successfully travel through one.

If only real space travel was as simple as band names and movies.

“A” Is For Adamski – A New Book Reviewed