Spontaneous Self-Awareness: A Novel Scenario for Future Origins of A.I.

In his 1966 science fiction tale, The Moon is a Harsh Mistress, author Robert Heinlein conceived of a novel idea: a supercomputer on the moon that suddenly "wakes up" into self-awareness. Originally designed to oversee mundane tasks at a lunar prison, the necessity for outsourcing more and more operations to the computer causes it to be fed increasing amounts of information, resulting in the computer eventually becoming self-aware.

Heinlein's novel was written decades in advance of the modern information age, where today computer programmers are looking at the real possibility of autonomous artificial intelligence, and the various ways it might come to exist. Simple though Heinlein's idea was at the time he wrote his novel, the notion of "spontaneous" self-awareness is still something that some leading A.I. researchers still put weight behind.

I recall asking General Artificial Intelligence researcher Benjamin Goertzel, Ph.D., about this a number of years ago during an interview I did with him, after reading some speculations he offered about this subject on his blog at that time (this article has since vanished into the aether of the Web). Although today Goertzel seems to think it's unlikely that a "spontaneous" eruption of self-awareness would occur from within the World Wide Web (perhaps in some Heinlein-esque scenario the likes of which we outlined earlier) there are still some proponents of the idea that A.I. could come about in unexpected ways, which may involve the Internet. 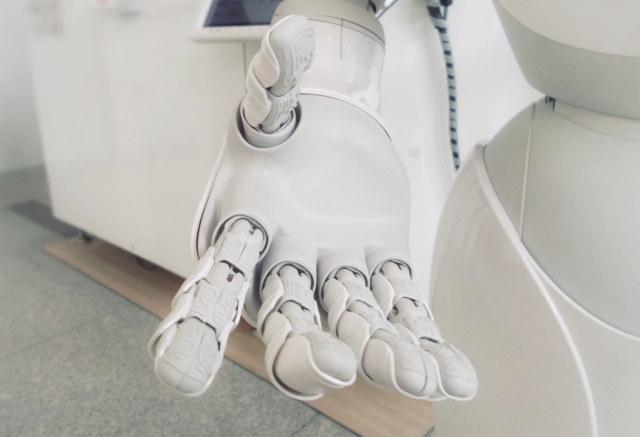 Writing for Aeon, George Musser, a contributor to Scientific American asked whether machines (or possibly the even the Internet) might not already have minds, or perhaps something similar, which humans simply wouldn't recognize as such:

"But who’s to say machines don’t already have minds? What if they take unexpected forms, such as networks that have achieved a group-level consciousness? What if artificial intelligence is so unfamiliar that we have a hard time recognising it? Could our machines have become self-aware without our even knowing it? The huge obstacle to addressing such questions is that no one is really sure what consciousness is, let alone whether we’d know it if we saw it."

The problem of consciousness, largely having to do with identifying and agreeing on what it is (let alone whether it really "is" in the first place, apart from being an illusion resulting from other neurological processes) is key here, in that our expectations for how artificial forms of intelligence will operate are predicated on what we know about human intelligence. It is far simpler to conceive of human-like forms of A.I. springing to life in works of science fiction like those of Heinlein, and thus be recognized by their likeness to our own "intelligent" habits. However, in real life, there is no rule that says that autonomous intelligence we create--whether or not with the intention of it being autonomous--would behave or function as humans do. This is particularly the case if we consider how biological processes (hunger, sex-drive, competition, etc) govern human behavior.

For instance, what happens when you have an intelligent machine that possesses no sex organs and can reproduce simply through processes of digital replication? This thinking machine, void of the nagging distractions of hunger, sexual desires, sensitivity to heat or cold, and myriad other things that hinder human thought and productivity, might indeed operate in ways very different from us... perhaps even in ways that are indiscernible as intelligence, at least to a human observer.

The factor of spontaneity in relation to the appearance of future A.I. is perhaps not without some precedent. In recent months, we have seen a variety of DeepMind AI "spontaneously" develop its own digital navigation ‘neurons’ like humans, and also a few instances where A.I. has created its own language to speak with other bots. In line with our earlier speculations about the Internet in general, Annalee Newitz, writing for io9, listed a number of other places where A.I. might turn up unexpectedly (although the majority of these still rely on the Internet in some form). A particularly colorful theory was offered by Zoltan Istvan, writing for Motherboard, which posited that the Internet will indeed be the vehicle for A.I. of the future once it becomes self-aware,  but only after extraterrestrial intelligence causes it to "wake up.

In sum, humans have been obsessed with ideas like robots and aliens for decades already, with similar ideas about nonhuman intelligence going back much earlier than that. However, the remoteness of such possibilities, as far as real-life goes, have kept them safely tucked away in the realm of science fiction. As we steadily progress toward an uncertain future of discovery, it seems that many of those things we've comfortably dealt with as "science fiction" in years past may soon require a second look... and mindfulness for the realistic existential concerns they may give rise to.