While the elongated skulls of Paracas in Peru are perhaps the most famous, they have been found around the world. In Europe and Asia, many researchers believe the practice originated 4,000 years ago in Central Asia (parts of China, Afghanistan and the former Soviet republics ending in “-stan”) and then moved west to the Caucasus Mountains. It’s there that an unusual elongated skull allegedly dating back to the Bronze Age was found recently -- unusual not because of its shape but because of its mouth full of seemingly pearly white teeth. Did having a big skull in the Bronze Age mean free dental care? Is it for real?

There’s your first warning that some digging beyond the dig site will have to be done here. The headlines from the various tabloid media sources played up the “alien” connection, even as they quickly discarded it by explaining that the “egg-shaped head” was most likely the result of the usual skull binding during infancy. “Bronze Age” was the second warning. The Bronze Age lasted from about to 3200 BCE to 600 BCE. However, the articles say the skull and skeleton were found in a Bronze Age burial pit in an ongoing (since 2017) dig at the Gamurziyevskoye settlement site in the city of Nazran in the Caucasus Mountains. While the weapons, ceramics and jewelry were said to be from the Bronze Age, the skull was dated to only 1700 years ago, making it from a woman living around 400 CE in the Dark Ages. No explanation was given for this discrepancy. 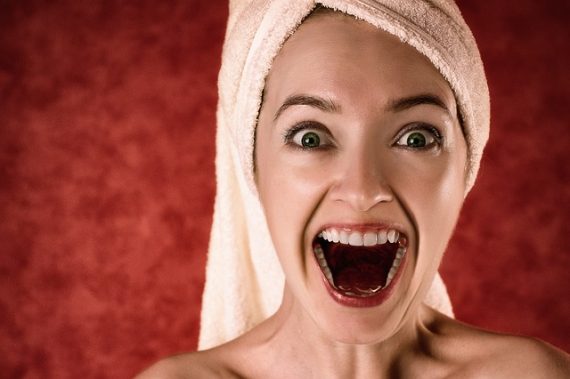 “The woman also had high quality teeth which have remained well preserved, despite being buried for so long.”

The photographs (see them here) of the skull are what catches your attention – especially that mouth of glaringly white teeth that would make any Hollywood actress proud. That’s warning number three – while the photos are sepia toned (reddish-brown), the teeth are CGI-ishly white. Not only that, the lady has a full set of them – highly unusual for skulls of that age, elongated or otherwise. It would be interesting if there were a connection between the teeth and the skull, but no one appears to have pursued it.

Finally, there seemed to be no other coverage of the discovery outside of the usual tabloids. While the find was attributed to teams from the Institute of Caucasus Archaeology and the Yevgeny Krupnov Archaeological center in Russia, no references to this elongated skull with the white teeth could be found.

Archeology is a tough job. Not as dirty but still tough is the job of reporting on new and interesting finds and weeding out the dirt. While the skull has teeth, the rest of the strange story doesn't. It does archeologists, elongated skulls and aliens a disservice.

Some Outlandish Real Cases of Bigfoot Living with Humans