The late Mac Tonnies was someone who researched extensively on Martian supposed anomalies and the planet’s ravaged and scarred landscape – a subject I interviewed Tonnies about on several occasions. Of the more down to earth – but still majorly controversial – theories concerning such alleged anomalies, Tonnies said: “Astronomer Tom Van Flandern has proposed that Mars was once the moon of a tenth planet that literally exploded in the distant past. If so, then the explosion would have had severe effects on Mars, probably rendering it uninhabitable. That’s once rather apocalyptic scenario. Another is that Mars’ atmosphere was destroyed by the impact that produced the immense Hellas Basin. Both ideas are fairly heretical by current standards; mainstream planetary science is much more comfortable with Mars dying a slow, prolonged death. Pyrotechnic collisions simply aren’t intellectually fashionable - despite evidence that such things are much more commonplace than we’d prefer.”

Tonnies' words brings us to the matter of what has become known as the “D&M Pyramid.” As its name suggests, it’s a somewhat pyramid-shaped feature on the Martian landscape, specifically in an area of Mars called Cydonia. And it’s huge: approximately 1 by 1.6 miles. For those who believe that the so-called anomalies were not made naturally, the pyramid is evidence of two things in particular: (a) the presence of intelligent life on Mars in the past, now likely extinct or possibly living deep underground, in myriad tunnels and fortified caverns; and (b) a connection between the several, alleged pyramids of Mars and those of Egypt. As for the name, it is taken from two computer imaging specialists, Vincent DiPietro and Gregory Molenaar, who discovered it, in 1976.

Rather notably, Mac Tonnies was quite open to the possibility that certain extensive damage done to the pyramid may not have been due to the likes of an asteroid. He seriously speculated on the possibility of an ancient war having occurred on Mars. Tonnies conceded that far more work needed to be done in this area, if one was to even begin to make a case that came anywhere near solid. Nevertheless, he said: “[The D&M Pyramid] is swollen and cracked, as if once molten. Despite this, no signs of volcanism are apparent. An unknown dark, sooty material has settled into fine-scale fractures, with a thick concentration near what researchers have referred to as a ‘domed uplift,’ thought by some to represent an ancient internal explosion."

Tonnies also said that of this “domed uplift” that, “early speculation by [Mars researchers] Richard Hoagland and John Brandenburg raised the possibility that the domed uplift…is the result of ‘explosive penetration’” Tonnies posed a notable question to me: “Could the D&M Pyramid have been deliberately destroyed from within by some ancient act of sabotage or act of war.” Tonnies provided a potential answer to his question: “Brandenburg, a plasma physicist and coauthor, with Monica Rix Paxson, of Dead Mars, Dying Earth, estimates that a one-ton kiloton nuclear explosion could account for the damage visibly seen…assuming the deforming event was of an artificial nature.” 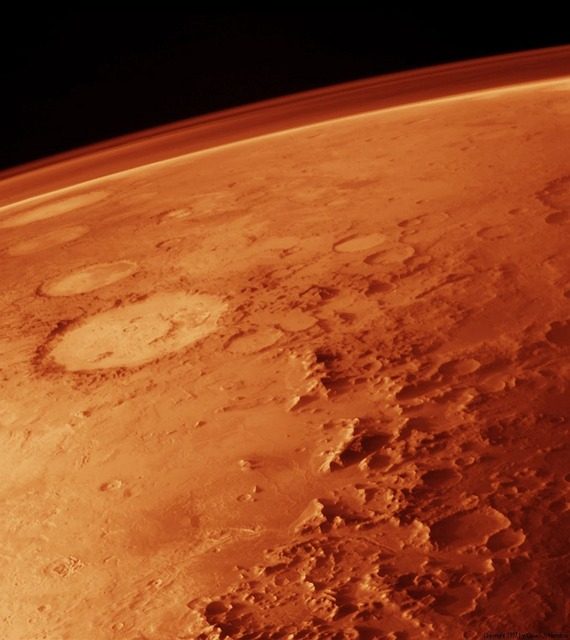 And Tonnies wasn’t finished with his theories: “Unlike other formations in Cydonia, the D&M shows evidence of having been melted.  The terrain around the apparent fifth buttress is chaotic and spotted with enigmatic dark areas…Additionally, Mark Carlotto has noted that there appears to be a dark material oozing out of the area associated with the domed uplift. This is consistent with an internal explosion.”

Of course, all of this is hugely controversial and something which will cause many to scoff, and maybe with good reason. Maybe, one day, we'll find evidence that vindicates the theories of Mac Tonnies. On the other hand, perhaps we'll discover that the Martian anomalies are nothing more than the equivalents of faces in clouds.