The Disturbing Case of The Russian Doll Maker

There are crimes out there that have served to pave a new road into the depraved and the twisted, and which lead to off-road paths that meander through the tangled brush of the human mind. There sometimes seems to be no end to the dark depths that human evil can delve down to, an abyss from which light enters, but does not escape. One very disturbing crime that oozes over the edge of the frontier of twisted evil comes from a Russian man who took it upon himself to disinter the graves of young girls in order to bring them back to life to populate his own warped fantasy view of reality.

The whole series of horrific and very creepy events begins in the city of Nizhny Novgorod, Russia, the fifth largest in Russia, where an academic, lecturer, journalist, historian, and linguist by the name of Anatoly Yurevych Moskvin lived. Moskvin was once highly respected in academic circles, a venerable specialist in Celtic history and folklore, languages, and linguistics, able to speak 13 different languages, although he was not without his various eccentricities. He was rather reclusive, living at his parents’ place and never dating or marrying, and he abstained from drinking, smoking, sex, and most social interaction, content to stay home in his dim room and amass his formidable collection of books, documents, and creepy dolls. In retrospect it might seem rather unsettling, but genius and madness often go hand in hand, with academic acumen and social skills not always walking along in perfect harmony. He was at the time seen as just another academic eccentric, but Moskvin had a darker side roiling underneath the surface of his calm, cold exterior.

From a young age, the strange but mild mannered academic purportedly had an absolute obsession with death, cemeteries, burial rituals, and the occult, with thoughts of these haunting his mind supposedly from the time when as a young boy he had seen the funeral procession of an 11-year-old girl, during which he had been forced to kiss the dead girl’s forehead. Something about that dour experience had struck something within him, fostering and cultivating a morbid fascination with all things death related, with him reading and studying these things voraciously, and at one point he was highly regarded as the foremost expert on cemeteries, or “necropolyst,” in the Nizhny Novgorod region. Due to this rather grim honor, he was commissioned to do a summary and list of the buried in more than 700 cemeteries around the region, traveling to most of them on foot as he camped out along the way under the stars and surrounded by nothing but the cold company of the dead. 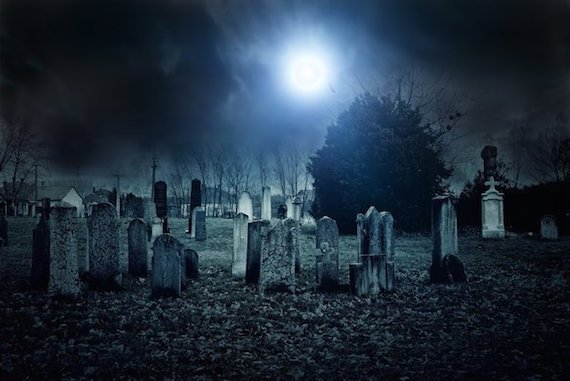 It might seem odd that this man was out in the elements sleeping amongst gravestones and generally lurking about the shadows very much as a ghost or specter might, but this was his job, and no one really thought much of it at the time. This would change in 2011, when it was discovered that there had been a series of desecrated graves around the same cemeteries where Moskvin was known to frequent, although at the time there was no connection made between the two, with the academic questioned but never considered a person of interest. After all, he was a well-respected, highly regarded professor and academic out doing what he was commissioned to do, there was no reason at all to seriously think he was up to anything too nefarious out there in the dark left to his own obsession with death and his own devices. Indeed, the police ended up approaching him to actually help them find out who might be doing it.

Over the course of their conversations, police got steadily more suspicious of Moskvin, as his apartment was not only full of often life-sized, meticulously brightly dressed dolls, but also toys, books, and clothing that were meant for children, even though the man had no kids, and there was an undefinable, yet unpleasant smell permeating the air of the abode. This all seemed rather odd to the authorities, and they proceeded to do a cursory search of the place just to see what was going on. They no doubt were not expecting the show of horrors they would uncover there, and here unfurls one of the most demented cases in Russian history.

It did not take long for a brief inspection of the dolls to show that these were no dolls at all, but rather the painstakingly mummified and dolled up remains of dead children, their bodies being the ones that had gone missing from the numerous defiled graves. In all there were found to be 29 dead bodies in the apartment, chillingly dressed up in the finest clothes and arranged like dolls, as well as several manuals on doll-making and various other items taken from the graves scattered about, such as such as metal nameplates, jewelry, and other miscellaneous things. There were also numerous photos and videos depicting open graves and disinterred bodies, and it was all pretty damning evidence that not only had Moskvin been behind the grave robberies, but that he had also crafted the bodies into freaky dolls set up all around his home.

The sinister mastermind behind this display of grotesqueries was, when outed, surprisingly cooperative with police, making little attempt to hide what he had done. He calmly explained how he had researched mummification techniques, using a combination of salt and baking soda on the bodies, after which he would inter the corpses into dry locations within cemeteries where they could further mummify, and how he would then stuff the bodies with padding, apply wax masks, and wrap the limbs to keep them from further deteriorating, all while painstakingly dressing them up in doll’s clothing and posing them around his home. In some cases there were even music boxes ensconced within the remains to allow them to “sing.” Those with which he could not staunch the inexorable pull of decay he would return to their graves, and it was found that he had been doing this for the better part of a decade, all while his parents were totally unaware of the macabre work he was doing right there in their own home. Moskvin was also allegedly known to throw parties for his dolls, and cavort about with them as if they were still alive.

It would be ascertained that, although only 29 “dolls” had been found, Moskvin was thought to be responsible for the defilement of around up to 150 graves of girls and young women, ranging in age from 11 to 30, and he would give some rather morbid details as to his motivations. He claimed that he had felt sympathy for the dead girls, and that he had believed that they could be brought back to life through occult means, meaning that he actualy thought he had the power to somehow bring them back from the dead. He said that these dead children would call out to him, and that he knew precisely which ones he should dig up, which ones could be “saved,” that they gave him permission to do so after he slept over the graves for the night. He knew he had the knowledge to do this, so in his own mind he was atually helping these poor souls. 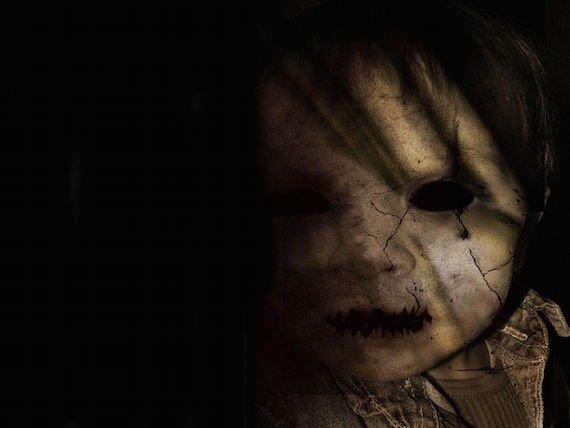 He truly believed that he could bring these children back and communicate with them somehow if he could only make them into dolls and keep them from rotting away into nothing, and to this end he had made a habit of searching obituaries for the recently deceased. This all coupled with his desire to have a child, to all lead to a rather twisted hobby. In the meantime, the discovery horrified the parents of the girls who had been made into dolls, with one parent of a victim named Olga Chardymova saying:

We had been visiting the grave of our child for nine years and we had no idea it was empty. Instead, she was in this beast’s apartment. I still find it hard to grasp the scale of his sickening work, but for nine years he was living with my mummified daughter in his bedroom. I had her for ten years, he had her for nine.

Moskvin himself would be charged with the desecration of graves, but then diagnosed as a paranoid schizophrenic and deemed unfit to stand trial, and he was released to a psychiatric facility where he remains. Vladimir Stravinskas, the head of the Investigative Committee of the Russian Federation for the Nizhny Novgorod region, called the case exceptional and unparalleled in modern forensics, and it has indeed been one of the weirdest, most twisted cases that Russia has seen in some time, earning Moskvin the rather sinister moniker of “The Doll Maker” and “The Lord of the Mummies.” His academic work would be indelibly tainted as a result of all of this, his reputation tarnished beyond repair. There was certainly something dark flickering behind the cold gaze of this madman, but what that was is left for you to decide. What drives someone to dig up and dress up human bodies as dolls, and what demons must be present to force such a reality into effect? Whatever it may be, the tale of the Russian Doll Maker is one of the creepier and more disconcerting crimes one is likely to come across.

Moon Base One: Is a Lunar Base in Earth’s Future?