By far one of the most well-known and beloved religious figures in history is Jesus Christ himself. Typically portrayed as a beacon of understanding, enlightenment, selflessness, and benevolence, he has been the cornerstone of one of the biggest religions the world has ever seen. Yet there are some darker components to the history of Jesus Christ, and it seems that in addition to working his miracles and giving his sermons he was not above losing control of his anger and straight up cursing people from time to time, with three cities in particular becoming the target of his mighty displeasure.

The three cities that Jesus decided to lay down his wrath upon are often known as the “Unrepentant Cities,” and all are located around the northern shore of the Sea of Galilee, in Israel, where Jesus Christ once made his home amongst the humble fishermen of the region. It is interesting in that these are places where Christ was once at home and even performed his miracles. Take the city called Chorazin, also known as Korazin or Korazim, which was an important place in those days, renowned for its wheat, and is where Jesus actually lived at one point after he left Nazareth, and in later years he would frequently visit the city and perform various miracles there, with it being one of the three key cities in which he conducted his ministry. It is said that despite these displays of power the people of the city did not repent their "ways," which led to a rather uncharacteristically extreme reaction from Jesus, and according to Matthew and Luke’s gospels of the New Testament he then laid a horrible curse down upon this once great city, condemning it to wither away to nothingness.

Indeed, the city supposedly completely died, and according to writings by Eusebius it was destroyed by a catastrophic earthquake in 330 AD, after which it was rebuilt in the 5th century and later abandoned once more to leave it to rot. In later centuries the doomed city would become associated with the birthplace of the Antichrist, and it is not hard to see that it rather suffered from the spiteful anger of Jesus. It was not until the 19th century that ruins linked to the ancient lost city would be found in the vicinity of a place called Khirbet Kerazeh. Here an ancient synagogue was excavated, as well as various ruins fashioned from black basalt, most interestingly a huge block of the stuff, which was engraved with ancient Aramaic and is called the Seat of Moses, as well as carved human and animal figures and a well preserved statue of Medusa, which at that time would have certainly been considered a very pagan image. There is little evidence that these ruins actually existed in the time when Jesus was alive, and despite the few mentions of Chorazin in the New Testament it remains a bit of a lost historical mystery, and it is still not clear from the passages just what the people did exactly to incur such a vehement response from Christ. 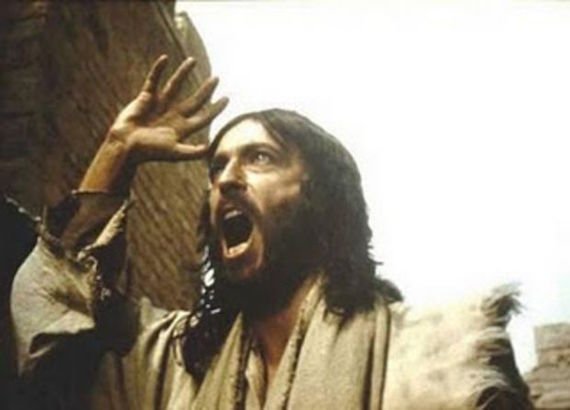 Lying just a few kilometers away is another city purportedly cursed by Jesus, called Capernaum, a famous fishing port at the time and a major stopover on the Via Maris, the main trade route connecting Damascus in the north and Egypt in the south. It is also notable for being home to some of Jesus’ disciples, the fishermen Peter, Andrew, James and John, and the tax collector Matthew. Along with Chorazin it is also one of the three key cities, or the “Evangelical Triangle,” where he had his ministry and performed most of his miracles. Indeed Jesus once lived at Capernaum, calling it his “own city,” and he is said to have healed a paralyzed man, as well as a centurion’s servant boy who was seriously ill with palsy at home, also curing Peter’s mother-in-law, and raising the daughter of Jairus, the leader of the synagogue, back from the dead, and he is said to have rid many people of demonic possessions here as well. It was in the Capernaum synagogue that Jesus gave many sermons, including his famous Sermon on the Bread of Life (John 6:35-59), in which he says, “Whoever eats my flesh and drinks my blood has eternal life and I will raise him up at the last day.”

Alas, the people here were said to have been largely indifferent to the fantastical miracles they witnessed, unwilling to recognize Jesus’s true powers or to repent for their sins, and this too provoked a rage that caused him to curse it as well, despite what a home he considered it to be. This curse supposedly caused the town to fall into utter ruin, going from a thriving fishing market to a pale shadow of its former glory, becoming what a 3rd century account calls, “despicable;  it numbers only seven houses of poor fishermen,” and all attempts to resettle the area were failed ventures met with woe and strife. As with Chorazin, many ruins have been found here, such as several synagogues and what is thought to have been the home of Saint Peter himself, and many of the structures were constructed of white limestone. The location is also home to the largest synagogue yet discovered in Israel, a massive ornate structure built in the 4th or 5th century upon the remains of a synagogue in which Jesus taught. When the ruins were first found in 1838, the curse apparently still had a shadow hanging over them, as American explorer Edward Robinson called the place “desolate and mournful.” In modern times, a modern Catholic Church sits upon eight grand pillars atop a mound overlooking the archeological excavation site, as if protecting this place and keeping the curse at bay.

Finally we come to the ancient fishing village of Bethsaida, also one of the Evangelical Triangle and the last of the known "cursed cities" of Jesus. It is the largest of the three cities, and was once a thriving capitol of the Kingdom of Geshur during the time of King David, and it was where Jesus met his first disciples, the fisherman Simon-Peter and his brother Andrew. It was also the place where Jesus performed miracles such as curing a blind man, as well as his famous miracle of providing food for a mass of 5,000 people with two fish and five loaves of bread (Matt. 14:13-21), often called the "Miracle of the Multiplication of Loaves and Fishes." Unfortunately for them, the people of Bethsaida also fell on the wrong side of Jesus, and he cursed them as well, with the town later being annihilated by an earthquake in around 363 AD. It too would be rebuilt but subsequently abandoned, the land barren and not wanting people here anymore, leaving nothing but mysterious, dusty weed-choked ruins behind. 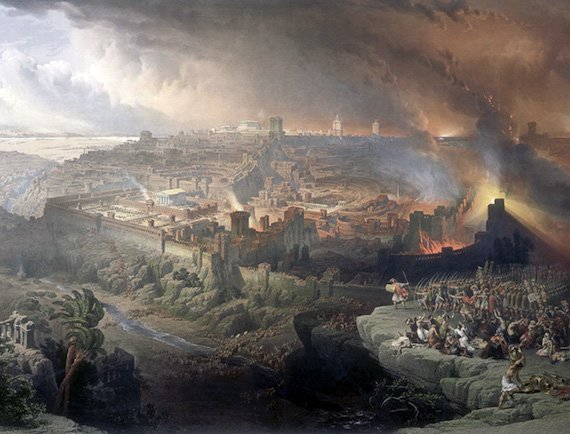 All of the cities we have looked at here Jesus Christ supposedly found fit to curse with all of his power, their lack of repentance and ways causing great ire and fury for him. In these instances he went outside of his benevolent, forgiving ways, and chose instead to blight these doomed cities with misfortune and death, and it was rather chillingly proclaimed by him in Matthew 11:20–24 as such:

Woe unto thee, Chorazin! Woe unto thee, Bethsaida! For if the mighty works, which were done in you, had been done in Tyre and Sidon, they would have repented long ago in sackcloth and ashes. But I say to you, it will be more tolerable for Tyre and Sidon in the Day of Judgment than for you. And thou, Capernaum, which art exalted unto heaven, shalt be brought down to hell: for if the mighty works, which have been done in thee, had been done in Sodom, it would have remained until this day.

It is pretty shocking to see a figure of such a typically benevolent and forgiving nature to utter such words and display such scorn, but it seems Jesus was not above a certain fury when times called for it. These cities have become buried by the sands, lost to history and mostly devolved into feral ruins and rubble, but their legacy still stands as the only three times Jesus Christ lashed out to curse whole places. It is an interesting juxtaposition to what he usually stands for, and a frightening display of his power, if any of it ever really happened at all. In the end we have this figure of one of the world's largest religions, renowned for his gentle nature and forgiving stance conjuring up dark forces to blight lands that did not agree with him, and although it is uncertain how much any reality any of this holds, it is somewhat chilling nonetheless, and a little known chapter and oddity of Biblical history.