The Mysterious Butterfly People of Missouri

On May 22 of 2011, the town of Joplin, Missouri was visited by the specter of destruction and death. On this day from out over the horizon swept the unstoppable force of a catastrophic EF5-rated multiple-vortex tornado, a monstrous force of nature that gained size at an alarming rate, as if feeding off of the horror it inspired, at one point unfurled its talons to encompass approximately 1 mile across. With is sheer size and winds of up to 200 mph, it would completely obliterate much of the city, causing 2.8 billion dollars in damage, killing 161 people, and leaving over a thousand more injured, becoming the 7th deadliest tornado in U.S. history as well as the costliest the country has ever seen. It its aftermath, vast areas were rubble, trees and buildings just gone, lives were ruined, and the city and the state would never be the same again. Yet from within the whirl of death during the disaster there come strange reports of ethereal beings that came forward from some unknown place to reportedly help those in need, and which have come to be called “The Butterfly People of Joplin.”

The name itself comes from some of the descriptions of the various young children who supposedly encountered seemingly angelic beings often called “Butterfly People,” with multicolored wings and often surrounded by a shimmering illumination or orbs of light, although descriptions vary. One popular account that probably made the name stick comes from a 2 ½-year-old little girl who was in a car with her father when the tornado came tearing through. Miraculously, although the vehicle was blown clear off the road and tumbled over, the two occupants within were shaken but completely unharmed. The girl would later say that “butterfly people” had been sitting in the car with them, and when she was told that no one else had been in the car she insisted, “No, Daddy! There were butterfly people in the car with us!” Was this the mind of a very young child trying to adequately describe angels or is it the product of a stress addled young mind? 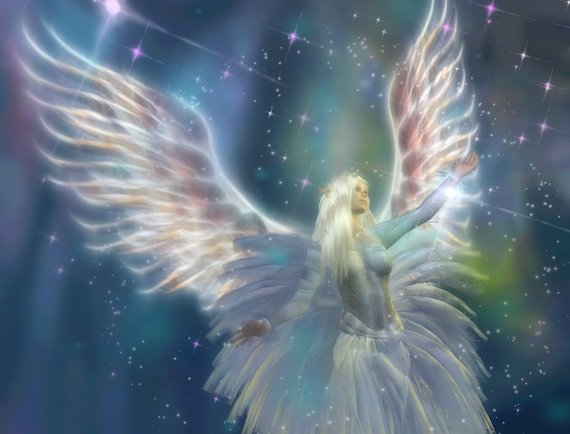 Another harrowing vehicular encounter with these beings allegedly happened when a young boy was riding in a truck with his father during the catastrophe when a car came soaring through the air towards them, seemingly bearing down on a direct collision course but somehow managing to veer off at the last moment so that it just barely missed them. The boy would later say that he had seen two “very big angels” hold the car back at the time and throw it to the side. Although only the boy had seen these mysterious figures, the father would admit that there seemed to be no rational reason for why the car should not have smashed right into them.

There is also the account of a mother and her young daughter who were also caught in the tornado in their car and managed to crawl out of the vehicle to take refuge in a nearby ditch. The tornado relentlessly approached, destroying all in its path, yet amazingly leaving the two uninjured, and the girl supposedly said to her mother, “weren’t they beautiful? Didn’t you see how beautiful their wings were!” When the mother told her daughter that there had been no one else there, the girl insisted that they had indeed been surrounded by winged angels with rainbow colored wings as the tornado had passed.

Other accounts happened right out in the open, such as that of a young boy of about 5 years of age, who was caught outdoors when the tornado inexorably came lumbering through, and although there was much devastation to the area in its wake he was found to be unharmed, with the debris around him arranged precisely so as it just missed him. The boy would claim that as the winds roared about him he had seen three glowing figures with “butterfly wings” walking towards him across the field, and that wherever they stood the flying debris would bounce off to the side or disappear. These three winged entities then surrounded him until the raging tornado passed, after which they were described as smiling before vanishing into thin air. 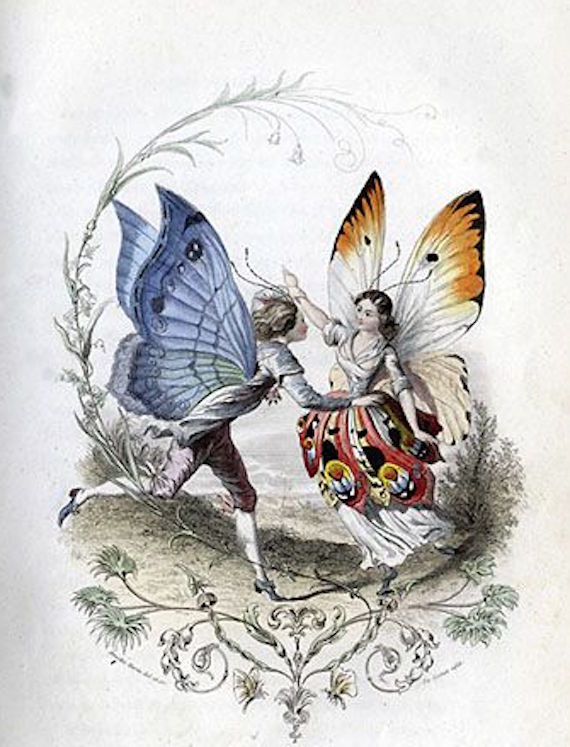 A deputy sheriff also apparently told a similar tale, of a 4 year old boy who was found wandering about a field in the aftermath. When asked where he had come from the boy said that he had been at the St. John’s hospital when the tornado had hit, but the the strange thing is that this boy was completely unharmed, without so much as a scratch on him, despite the fact that that hospital had been pretty much leveled and with numerous causalities. When asked how he had gotten away and ended up in this field a full 6 miles from the hospital without injury, the boy simply matter-of-factly stated, “The angels brought me and set me down here.” In yet another such tale a young boy was caught outside with his father, with winds so strong they supposedly ripped the father’s shoes off, yet they came out unscathed, with the boy later saying that “butterfly people” had been hovering over them throughout the ordeal.

There are other stories like these as well, such as that of Clay and Melissa Morgan and their four children Zoe, 12, Emma, 8, Eli, 5, and Luke, 4. The family lived in a mobile home in Joplin that was pretty much directly in the path of the rampaging tornado, which blew open the entire house and sucked out Clay and Morgan to send them flying out while still perched atop mattresses “like a waterslide.” Fortunately no one was seriously injured, but it was found that little Eli was missing. After a panicked search they soon found him uninjured around 20 feet from the house, oddly wrapped up in a green rug “like a burrito,” although no one knows who wrapped him or even where the carpet came from. All Eli was able to remember is that he had seen a man with brown hair hovering over him. 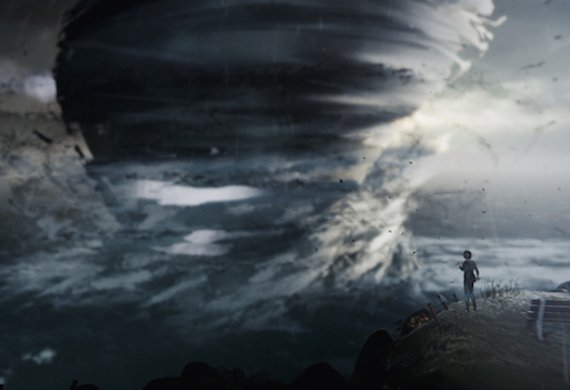 Other such stories are a little harder to classify, yet they are every bit as strange and perhaps connected. One is the account given by a Pastor Wermuth, who said that something very mysterious had happened at a church that was hit by the tornado during a service. At the time the congregation was quickly whisked off to the basement, but this did little in the face of the breathtaking destructive power of the beast, and the walls of the church came crashing down all the way into the basement. Several people had been pinned under the heavy rock and debris, and then it was reported that suddenly six large men had arrived to lift all of the rubble off of them before saying that they had other people to dig out and leaving. They were not regular rescuers, because when actual rescuers arrived they not only had seen no other people in the area, but also claimed that the collapsed walls would have been far too heavy for 6 men to lift. Who were these strangers? Were these the same guardian angels seemingly watching over the others?

Quite bizarre is also the account of 14-year-old Emily Huddleston, who was driving home from her brother’s high school graduation when the fearsome tornado reared its head. The vehicle they were in was apparently tossed a full two blocks, amazingly not hurting anyone except Emily herself, who was impaled through the leg with a shard of debris to leave her hospitalized. In the months of her recovery after the disaster, Emily was claimed to have the strange ability to attract butterflies, which would flock to her and land all over her. She has said of this phenomenon:

There'll be some that I can't get to leave me alone. I look at them as my angels. I really do. I think it's more of a sign that angels were there that night. We were being watched over. 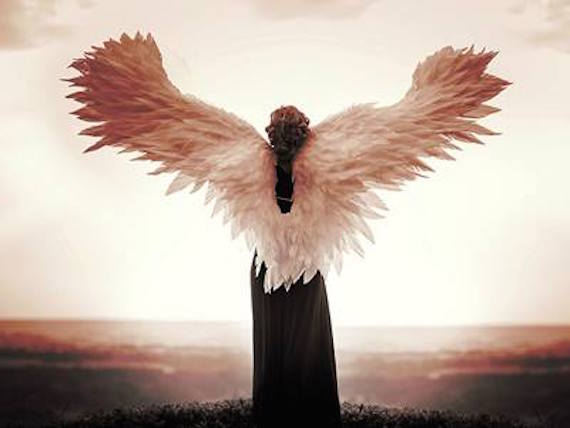 There are countless tales such as these that have been passed around in the days after this tragic disaster, with many of them taking on almost an urban legend quality to them, yet they continue to persist and come out of the woodwork. Nearly everyone who was there has heard some miraculous tale of the Butterfly People, almost always told by children, and it has become such an ongoing phenomenon that a mural called Butterfly Effect: Dreams Take Flight was commissioned to muralist Dave Loewenstein and erected in the city downtown. The pervasivness of these stories was summed up quite nicely in an article at the St. Louis Dispatch, which says of it:

The stories about butterfly people coursed through Joplin, passing one by one and then by the many, tales describing what children reported seeing on that Sunday night in May as the tornado bore down. The children said the butterfly people protected them. These stories, tales of guardian angels, could be dismissed as a child’s fanciful imagination. But the stories have taken hold here. And as the months have slipped by, the adrenaline fading along with some of the terror, the stories have assumed a new, maybe even more important role. To understand why, you have to understand what this town of 50,000 went through — and what it still faces. The tornado killed 161 people. It shredded entire neighborhoods. More than 900 homes were lost. Big box stores collapsed. The destruction was complete, the landscape rendered foreign. The tornado unleashed stories about death and unlikely survival: A teenager sucked from an SUV, a toddler plucked from his mother’s arms, houses that exploded in 200-mph winds as families huddled in bathtubs and closets. For months, just about any place people gathered, the stories spilled out, including stories about the butterfly people.

What are we dealing with here? Considering that it is children who have reported these experiences it has been speculated that this is all merely a coping mechanism to deal the stress and trauma of what they have been through. Yet how is it that these people have so miraculously emerged unscathed to tell these tales? How do we explain the adults who were also witness to unexplained twists of luck that managed to help them avoid certain death in the face of one of the worst tornados the country has ever seen? Is this all coincidence mixed with a bit of luck, trauma, and the overactive imaginations of children? Or is there something more to it? Could it be that these entities really did come from somewhere beyond our understanding to help, and if so were they angels, aliens, or what? Why did they appear only to children? Whatever the answer may be, the stories of the Butterfly People of Joplin have been persistent, and give a sense of hope, wonder, and light in an otherwise horrific event in history.

China is Growing Potatoes and Worms on the Moon