Just a few weeks ago, I did a radio show on UFOs that started off on the Men in Black, but which later became focused on the well-known document titled Proposed Studies on the Implications of Peaceful Space Activities for Human Affairs, a part of which was focused on alien life. It was a document written by an employee of the Brookings Institution named Donald N. Michael. The report was contracted by the Committee on Long Range Studies, which was an arm of NASA, the National Aeronautics and Space Administration. The document was completed and provided to the House of Representatives in the 87th United States Congress on April 18, 1961. 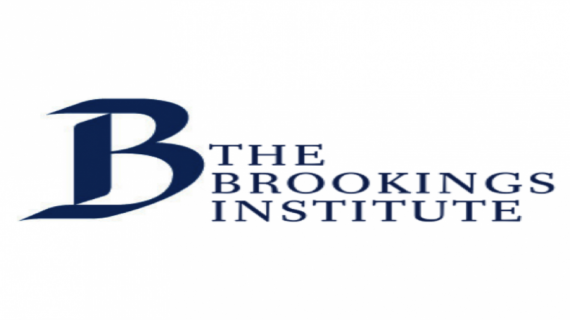 The host of the show referred, on several occasions, to the "top secret" nature of the document. I pointed out that the document had not been top secret at all. "Yes, it was," was the reply. "No, it was not," I hit back. Other people who phoned in said the document had a high classification. One caller stated it had "been classified above top secret." There is no "above top secret" category, by the way. Matters went on like this for around fifteen minutes. Afterwards, and for a few days, I decided to run a little experiment. I spoke to a few people in Ufology about the Brookings report and deliberately steered the conversation in the direction of the supposedly secret document. I was amazed at the number of other people who had assumed the document had been highly classified. One was sure there was a "top secret" stamp on his copy of the report, which is complete crap. All of this demonstrates just how unreliable our memories can be. How do we know this? Well, consider the following:

In the December 1960 / January 1961 edition of the NICAP UFO Investigator magazine, a feature appeared under the banner of Space-Life Report Could be Shock. It tells us this: “The discovery of intelligent space beings could have a severe effect on the public, according to a research report released by the National Aeronautics and Space Administration. The report warned that America should prepare to meet the psychological impact of such a revelation. The 190-page report was the result of a $96,000 one-year study conducted by the Brookings Institution for NASA’s long-range study committee."

As the above extract from NICAP (the National Investigations Committee on Aerial Phenomena) makes abundantly clear, the ufologists of the day - late 1960 / early 1961 - knew all about the Brookings report. It was not a hidden report. In other words, there was nothing secret about it at all. NICAP added: “Public realization that intelligent beings live on other planets could bring about profound changes, or even the collapse of our civilization, the research report stated. ‘Societies sure of their own place have disintegrated when confronted by a superior society,’ said the NASA report. ‘Others have survived even though changed. Clearly, the better we can come to understand the factors involved in responding to such crises the better prepared we may be. Although the research group did not expect any immediate contact with other planet beings, it said that the discovery of intelligent space races ‘could nevertheless happen at any time.”

NICAP had more to say: “Even though the UFO problem was not indicated as a reason for the study, it undoubtedly was an important factor. Fear of public reaction to an admission of UFO reality was cited as the main reason for secrecy in the early years of the AF [Air Force] investigation. Radio communication probably would be the first proof of other intelligent life, says the NASA report. It adds: ‘Evidences of its existence might also be found in artifacts left on the moon or other planets.’”

And then there was this from NICAP: “…previous thinking by scholars who have suggested that the earth already may be under close scrutiny by advanced space races. In 1958, Prof. Harold D. Lasswell of the Yale Law School stated: ‘The implications of the UFOs may be that we are already viewed with suspicion by more advanced civilizations and that our attempts to gain a foothold elsewhere may be rebuffed as a threat to other systems of public order.’ The NASA warning of a possible shock to the public, from the revelation of more advanced civilizations, support's NICAP’s previous arguments against AF [Air Force] secrecy about UFOs. All available information about UFOs should be given to the public now, so that we will be prepared for any eventuality.”

Even when I brought all of this to the attentions of friends and colleagues, some were still sure it had been a highly classified document, with one claiming it had remained classified until the 1990s. Garbage! This may have far more to do with the human mind and our memories, rather than sloppy research. I'm reminded of other similar situations and memories of the Fortean kind, such as those concerning the "missing Thunderbird photo," a subject I'll get to on another day.