Werewolves of London and a Texas Chupacabra

"Shelley B." is someone I met a few years ago and who had a very strange story to tell. It's a tale that - specifically in terms of subject matter - encompasses (A) the sighting of a strange creature, (b) a case of bizarre shape-shifting, and (c) a weird, music-based synchronicity. As for the story itself, well, I have now spoken to Shelly on many occasions to discuss her experience. Either her claim is true, or it's an outright lie. There really is very little room for any other possibility. And, I have to say that having got to know Shelly as a friend, I don't doubt her word at all. Now, with all of that said, read on.

On one occasion, in June 2009, Shelly was driving along the OK-9 E road, which links the Oklahoma towns of Norman and Tecumseh, when something truly extraordinary occurred. Out of the trees, on the right hand side of the road, loomed what looked just like what has become known as the "Texas chupacabra." We're talking about a gray-blue, skinny, hairless beast that appears extremely strange. For the most part, the chupacabra of the Lone Star State is actually a coyote with a number of really strange mutations. Shelly's story, however, pushes things down a very different path, as you'll now see. Back to the story.

Since it was around 10.00 a.m. when Shelley’s sighting occurred, she said, the road was quiet: the school-runs were over and most people were at work. Rather oddly, but also intriguingly, when Shelley slowed down on the OK-9 E road, she was amazed by the sight of a creature that stood around sixty-feet to her right. She felt a sudden, foreboding sense of isolation, of almost being in a vacuum, of being in a situation that…wasn’t quite right. For around a minute or more, said Shelley, the animal stared intently at her, something which gave her the chills and a distinct feeling that it was trying to communicate with her. It was as if she could "see it in my mind, as well as on the road." But, it was what happened immediately afterwards which upped the weird stakes to an incredible level. The animal sauntered across OK-9 E and, as it did so, something astounding occurred. It started to shimmer and blur. For a second or so, it appeared to take on the lumbering form of a small bear, then that of what appeared to be a sleek, black cat, before finally returning to its original form of a Texas chupacabra!

Bearing in mind that this all occurred at the height of a hot summer morning, I asked Shelley if it was possible that what appeared to be a mutation of the animal’s physical form might actually have been caused by a rippling, sizzling, heat-haze on the road ahead of her. Shelley was absolutely sure that was not the case. She insisted that the creature she saw literally, and briefly, shape-shifted - although, I must make it clear, she did not use that emotive and inflammatory terminology. Stunned by what was going down, Shelley simply sat and stared as the animal wandered into the trees on the opposite side of the road and vanished – never to resurface. 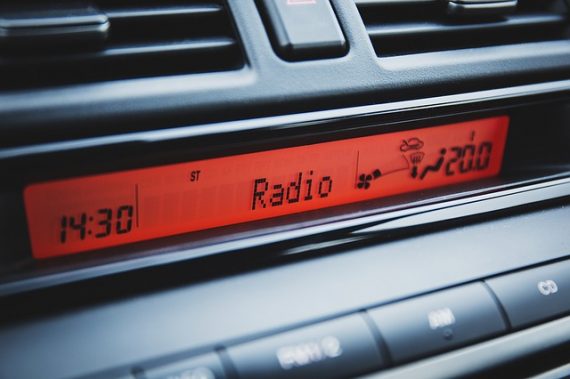 That wasn’t the only strange thing that happened: as she drove away, in fairly shaky fashion, Shelley turned on the radio. The song that was playing was Warren Zevon’s song, Werewolves of London. No one needs to be told that werewolves are shape-shifters. The weirdness didn’t end there. Later that day, Shelley had a call from an old school-friend - Mandy - who was in the process of moving to Oregon and scouting around the area for potential homes. For no real reason, Mandy happened to mention that a large, "black panther" had been seen roaming around Deschutes County – the area to where she was moving. Shelley found all of this to be deeply strange. She had seen a coyote/chupacabra morph into a bear and a large cat. And then, and as the day progressed, she found herself in situations involving just such a large cat in another state, and shape-shifting werewolves in London!