Wreckage of Amelia Earhart’s Plane May Have Been Found

On July 2, 1937 famed aviator Amelia Earhart and her navigator Fred Noonan disappeared over the Pacific ocean during an attempted circumnavigation of the globe. Neither their remains or the wreckage of their plane, a Lockheed Model E-10 Electra, were ever found. Earhart was a household name. Initially famous for being the first woman to fly solo across the Atlantic ocean, she later became a bestselling author, lecturer, and women's rights activist. Her fame combined with her sudden and seemingly complete disappearance has left an enduring mystery for more than 80 years, inspiring rampant speculation and conspiracy theories including the claims that she was actually a spy for President Franklin Roosevelt against the Japanese, that she was captured by Japan and compelled into service as a "Tokyo Rose," and that she survived but assumed the identity of  Irene Craigmile Bolam and became a New Jersey bank teller. Since their disappearance, many have attempted, unsuccessfully, to locate any sort of evidence of Earhart and Noonan's fate.

Recently, a team of divers called Project Blue Angel has recovered what they believe to be pieces of Earhart's E-10 Electra. Off the coast of Buka Island in Papua New Guinea, 100 feet below the surface, divers recovered glass that "share some consistencies" with Amelia Earhart's unique E-10 Electra. According to Jill Meyers, Blue Angel's public relations manager:

"Amelia's Electra had specific modifications done to it for her specific journey, and the fact some of those unique modifications appear to be verified in the wreckage that's been found, we really do believe its very likely this is the real thing."

However, researchers cautioned that while they believe this is Amelia Earhart's actual crash site, they could still be wrong:

According to Bill Snavely of Project Blue Angel, Buka Island was directly on Earhart and Noonan's flight path but has never been searched. The prevailing theory is that Earhart crashed on or off the coast of Gardner Island, much further east in the Pacific. Snavely's theory contends that Earhart and Noonan flew east from Lae, Papua New Guinea towards their target of Howland Island but upon realizing they were low on fuel and could not make contact with the USCGC Itasca, which was supposed to guide them to Howland Island, turned around and went down off the coast of Buka Island.

Although Buka Island has never been searched, locals also contend that Earhart crashed there. According to Project Blue Angel, a native islander witnessed a plane crash off the coast in 1937 and that story was passed on through 80 years of oral history, which is hardly conclusive evidence, but does make the island a site to consider. 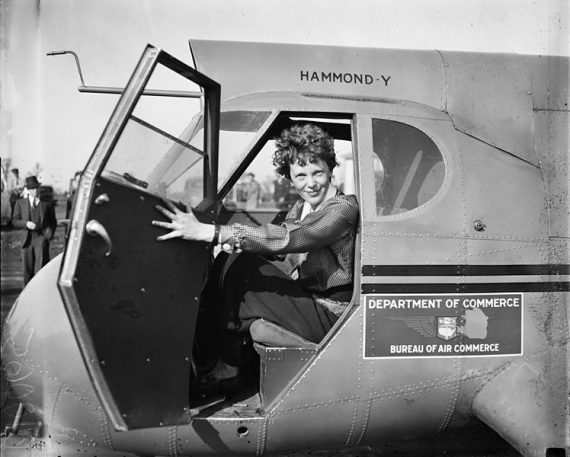 Project Blue Angel is hoping to continue their dive efforts to conclusively prove that this is the final resting place of Amelia Earhart. They are planning an expedition back to Buka Island this spring, and say they will use advanced imaging technology to search the ocean floor for identifying wreckage. According to the team:

"This crash site may indeed hold the clues to solving one of the greatest mysteries of all time. Either way, we hope to find out who lost their lives in this crash and give their families closure"