Ready to feel a bit useless? A boy from Memphis, Tennessee has apparently become the youngest person to ever build a fusion reactor after successfully building one in the spare room in his home using parts sourced from eBay. Jackson Oswalt, now 14, began construction on the machine when he was 12 and completed his working fusion reactor just before his 13th birthday.

Jackson Oswalt says that after reading a story of another boy, Taylor Wilson, who grabbed headlines when he built a working reactor at age 14, he wanted to beat his record. So he did. With his parents' financial backing and a self-taught course in nuclear engineering, Jackson Oswalt built a small, working, fusion reactor that has apparently been verified by nuclear engineers. The machine works by running 50,000 volts of electricity through deuterium gas to force the deuterium atoms together, similar to the process that powers the sun.

Despite their admittedly limited understanding of what their son was working on,  his parents provided financial support to the tune of $8,000-$10,000 dollars for parts that Jackson bought off of eBay. According to Jackson, finding the components was fairly straight-forward:

"The start of the process was just learning about what other people had done with their fusion reactors. After that, I assembled a list of parts I needed. [I] got those parts off eBay primarily and then often times the parts that I managed to scrounge off of eBay weren’t exactly what I needed. So, I’d have to modify them to be able to do what I needed to do for my project."

The process of building the reactor was, unsurprisingly, a bit more complicated. There isn't a "Nuclear Fusion For Young Engineers" guidebook just yet, so according to Jackson, the process involved a lot of trial and error and consulting the Open Source Fusor Research Consortium, a forum for amateur amateur physicists and budding mad scientists trying to construct reactors of their own. Jackson Oswalt says that once he began tinkering, the pieces began to fall into place:

"After a while, it became pretty simple to realize how it all worked together, but at the start it was definitely figuring out one aspect of it, memorizing what that actually meant and then moving on to a different aspect of it. Eventually all those pieces of the puzzle came together to make a good project." 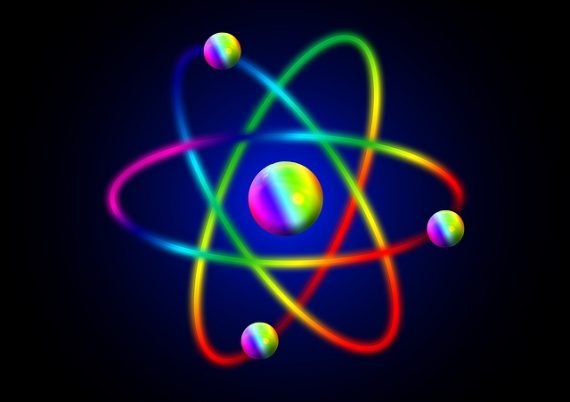 His father, Chris Oswalt,  says that although he doesn't know anything about how a fusion reactor works, he knew it was likely a pretty dangerous project and made sure his son consulted with experts to avoid electrocution, radiation poisoning, or any other the other potential hazards involved in nuclear reactors.

Mysterious Llama-Killing Creature May Be Murdering Donkeys in Kentucky