A Dark History, Mysterious Hauntings, and the Hellfire Club

Perched atop an expanse of grassy knolls and rather charming scenery, at a place called Mount Pelier Hill, near Dublin, Ireland, is an old, abandoned stone structure from another time, standing out there defiantly amongst the elements. Today it just seems like the crumbling ruins of another bygone era, like many that dot the lush countryside here, but this place in particular had a rather colorful history and an even more haunted reputation. Commonly called the Hellfire Club, the building was first erected in 1725 by Irish Speaker of the House of Commons William Conolly, and was originally a hunting lodge then called Mount Pelier, as well as other monikers such as The Brass Castle and Bevan's Hill. It is also well known as being one of the creepiest and most aggressively haunted places in Ireland, with a dark history that would soon transcend its humble beginnings to devolve into a world of the occult, sacrifices, and black magic.

Things begin to get spooky from the years of between 1735 to 1741, when the building was frequently used as a meeting place for the notorious Irish Hellfire Club, a sort of secret society, who allegedly used it as a venue for all manner of occult rituals, black masses, ceremonies, black magic rituals, sacrifices both animal and human, and it was generally full of orgies and wild drunken debauchery, a place of sin and depravity. Illustrating the club’s full on hedonism perfectly was their motto, which was “Fais ce que tu voudras”, or “Do what thou wilt.” Adding to the occult imagery of the club in general is that they were said to always leave a chair open for the Devil, and that their mascot was an enormous black cat.

There are also many stories of the supernatural around this place when it was in use, the most popular being that one evening a stranger dressed all in black visited the Hellfire Club out of the rainy night. The members allowed him in, and to even join them in a game of cards. At one point a player purportedly dropped a card under the table, and when he went to retrieve it he noticed that the stranger had cloven hooves instead of feet. At that moment, it became clear that this was the Devil himself, and he stood up to go shooting up into the air, where he vanished in a ball of fire. In another tale, the Hellfire members were in the process of sacrificing a black cat, and when a priest performed an exorcism on its corpse a demon was said to spew forth from the carcass, in some versions of the tale setting the place on fire as it did. In yet another tale, club member Simon Luttrell, Lord Irnham, later Earl of Carhampton, made a deal with the Devil to give his soul in exchange for clearing his debts, and when the Devil showed up at the Hellfire Club's front door to collect Luttrell reneged and ran away. In yet another story a local farmhand once found his way to the club and was invited in for the night, only to be found the next day babbling nonsensically and in a vegetative trance, living out the rest of his days in an insane asylum, never recovering enough to even be able to explain what he had seen, doomed to remain a drooling madman.

In later years the building would be moved further down the hill to a place called Killakee House after a devastating fire gutted it, said to have been started by lighting a person on fire during a black mass. The club’s nefarious activities continued, including allegedly kidnapping, murdering, and consuming a farmer’s daughter on the orders of a notorious member named Thomas "Buck" Whaley. In the wake of Whaley’s death the club sort of disbanded, and paranormal tales have orbited the location ever since. One of the main ideas is that the building itself is cursed. This has its roots in the fact that during the original construction of the hunting lodge there were found to be ancient cairns and an underground grave complex beneath, and according to the lore many of the cairn stones were repurposed into the actual construction of the lodge, angering the spirits in the process to the point that it is said that the roof was mysteriously blown right off the building by a mysterious terrifying force right after it was finished. 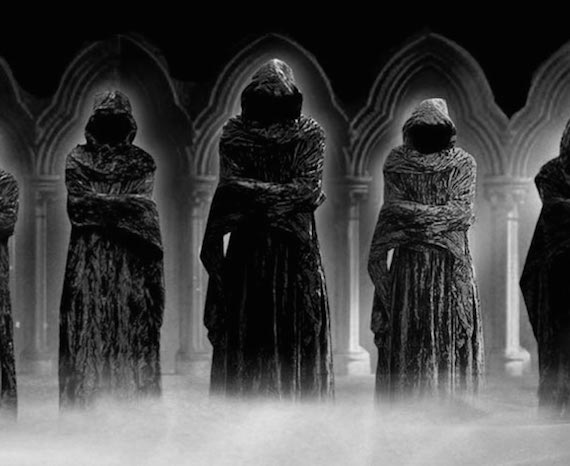 In addition to this the Hellfire Club and the nearby Steward’s House have been intensely haunted by an eclectic mix of different spirits. One is the apparition of a huge black cat the size of a large dog, said to be able to speak and to have blazing red eyes, a humanoid face, and to be wreathed in the smell of sulphur, which roams the building and its surrounding countryside. There is also the spirit of a wailing woman on fire, said to be either one of the victims of the Hellfire fire centuries ago or a sacrifice, as well as an unidentified ghost that apparently will rip off any jewelry that visitors wear, especially crucifixes. Most unusual of all is the presence of the ghost of a dwarf, believed to have been a sacrifice by the club. Interestingly, reports of the ghost dwarf have had a bit of an infusion of believability when the remains of an actual dwarf were found buried under the floorboards of the Killakee House during renovations in 1971. Adding to the ghostly party are the apparitions of an Indian and two nuns known as Blessed Margaret and Holy Mary, also thought to have been victims of human sacrifice during the club’s active years. In addition to all of these wandering spirits and entities are the numerous complaints of people having nausea or chest pains when visiting the area, and the whole place is reportedly absolutely infused with a sense of dread and despondency. Even paranormal investigators get squeamish at this place, and the Head of Paranormal Researchers Ireland has said of the Hellfire Club building:

There have been two places I have been that I got absolutely terrified and I don’t usually. The Hellfire Club in the Dublin Mountains, and Loftus Hall in Wexford. We were up the Hellfire one night, a group of eight or ten of us. We stood in a circle and the next minute there was a thud, it was like a vibration went through the whole building and all the equipment went mental. One of the guys was in the hall and he is a cynic and he said a black shadow crossed him, 100 per cent — a tall black shadow. Another guy started getting sick, and then a girl said she heard a whisper in her ear, very clear, and it just said ‘get out’. All in the course of one minute. Chaos. That was the first time ever I called an end to the night and said we didn’t feel safe. 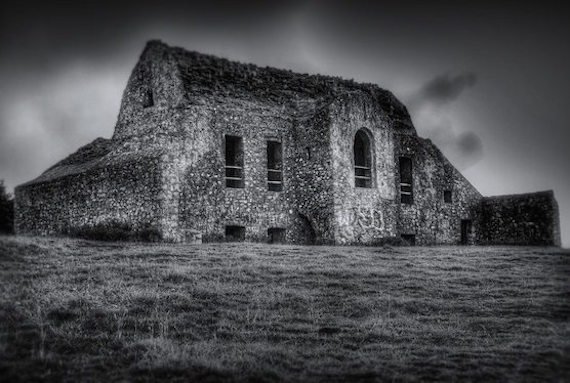 Other paranormal investigators have agreed, such as Tim Kelley, the head of the group Irish Ghost Hunters, a crack group that uses hi-tech gadgetry, including thermal-imaging cameras and state-of-the-art audio equipment to investigate haunted sites throughout the country. Kelley’s team have been to the Hellfire Club on numerous occasions, but have been so completely assaulted by unexplained malevolent activity that they have vowed never to step foot in there again. Kelley has said:

We've been everywhere in the country at this stage, but the Hellfire Club is somewhere we have no intention of returning to because there's a very sinister energy there. I know people go up there all the time, and no doubt it will be a popular destination at Halloween, but I would advise people to think twice about going there, because there's a very negative energy there. There's a really weird sensation as soon as you go in it and it's something I don't want to repeat again for the rest of my life. So it's the only building in Ireland that's off limits for me in terms of conducting a paranormal investigation.

The Hellfire Club building and the surrounding area have gone on to become regular features on lists of eeriest or most haunted places in Ireland, and with so many hauntings and such a morbidly dark history it is easy to see why. It is unfortunate that the history of the Hellfire Club is so shrouded with secrecy and pervaded with scary urban legends, to the point that it is difficult to unravel where the truth begins and the fiction ends. As with any remote, spooky place it has managed to gestate within it many tall tales and scary campfire stories that we will probably never know the extent to which the Hellfire Club’s depravity really sank or how much of it is true. However, one thing that is known is that this is considered to be one of Ireland’s most evil haunted places, and the reports of paranormal activity here continue.

Collection Of Haunted Items Will Be Displayed Around England