A Pterodactyl and the Roswell Incident

Yep, that probably is the strangest title I have ever applied to one of my articles. Back in 2005, I did some filming for a TV show on the world's most famous UFO event. Yeah, you know the one: the desert, little bodies, 1947. That one. Roswell, New Mexico. Anyway, for some odd reason that I don't think was ever really explained to me, the company chose to do the filming high in the mountains of Mexico. I actually wondered afterwards if they had mistaken Mexico for New Mexico. But regardless of the reasons behind the shoot-location, Mexico it was. And, for effect no doubt, the filming was done outside a small astronomical observatory that sat high in the mountains.

As the crew set up their equipment, I wandered around, looking for exotic lizards and a bar and something cold and potent to drink. Well, not long before we started filming, an American man - in his 50s or early 60s - strolled past, saw the cameras being set up, and engaged us in conversation. When he heard we there to film a show for a new mystery-based series, he asked - in totally casual terms - something like: "Oh, is it about the pterodactyl?" The what???!!! Yep, a pterodactyl. That got me much more interested than bloody Roswell ever could. It may surprise many to know that for absolutely years numerous reports of creatures sounding suspiciously like pterosaurs have surfaced from various parts of the worlds. Controversial? Of course!

Consider the following: From 1982 to 1983, a wave of sightings of such a creature – presumed extinct for million of years – occurred in an area called the Pennines, also known as the “backbone of England.” It’s a story that, in much lengthier fashion, can collectively be found in Jenny Randles’ excellent 2002 book, Supernatural Pennines and in issue 9 of UFO Brigantia, a much-missed magazine of the 1980s and 1990s and which was edited and published by Andy Roberts.

There are also longstanding reports of sightings of such creatures in Papua New Guinea. Locally, the beasts are known as Ropen. Unlike the huge pterodactyls of yesteryear, today’s Ropen appears to be a scaled-down equivalent of its ancient ancestor. Its wingspan is often described as being in the region of four to six feet, which is not large for a pterosaur, since some of them were immense creatures. That does not stop today’s alleged equivalents from being formidable predators, however. By all accounts the Ropen has a mouth filled with vicious-looking fangs, a tail that is reptilian in appearance, and is a beast that can fly at fantastic speeds. 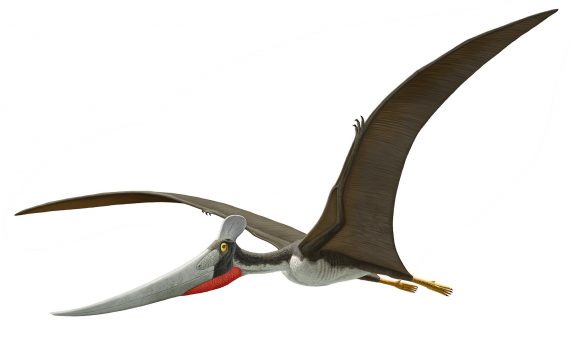 Back to the story...

So, I asked the man for more information. He explained he worked in the tourism industry and had heard - some two months earlier - a story of a visitor to the area who claimed to have seen a huge, leathery-looking flying monster only mere feet from where we were filming. I asked the man how he knew the exact location, and he replied along the lines of: "The guy said it was right above the observatory in the hills." Which was exactly where we were filming. He proceeded to point to the direction of the mountains in which the monstrous creature disappeared. The man knew no more, went on his way, and I tried to think of something new and worthwhile to say for the cameras about Roswell. But to be filming a documentary on Roswell outside an astronomical observatory above which a pterodactyl was supposedly seen only mere months earlier was just plain surreal. I suppose I should not have been surprised though. I have come to learn over the years that there's very little in this game that isn't surreal!