Africa Was Once Home To Ice Streams

Two geologists who were on a field trip to study volcanic rocks in Namibia came upon another huge discovery – Africa once had ice streams. Graham Andrews and Sarah Brown, who are geologists at West Virginia University, were exploring the South African desert country when they noticed an odd land formation.

The land consisted of flat desert along with hundreds of steep, long hills. The landscape was shaped by drumlins which are hills that are commonly found in areas that once had glaciers. Needless to say, glaciers – even ancient ones – are not what one would expect in the desert. 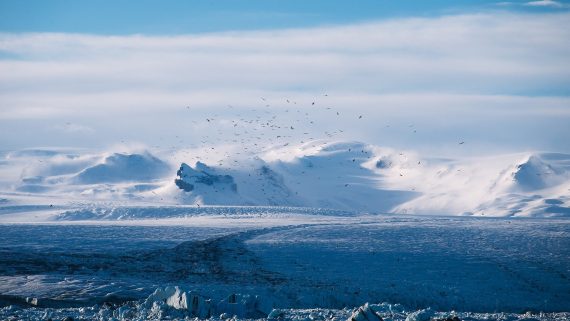 Andrews explained that they knew exactly what they were looking at, “We quickly realized what we were looking at because we both grew up in areas of the world that had been under glaciers, me in Northern Ireland and Sarah in northern Illinois.”

Once Andrews returned home from the trip, he did some research on the drumlins in Namibia but found out that nobody had ever studied them. He said, “The last rocks we were shown on the trip are from a time period when southern Africa was covered by ice,” adding, “People obviously knew that part of the world had been covered in ice at one time, but no one had ever mentioned anything about how the drumlins formed or that they were even there at all.”

That’s when he partnered up with Andy McGrady, who is a geology senior at West Virginia University, and they used morphometrics to measure the shapes of the drumlins to see if they could find any regular patterns from when they were carved by the ice.

Normal glaciers don’t move a lot, but they discovered that there are big grooves in the drumlins that indicate that the ice must have been fast-moving in order to create the grooves. Those large grooves indicate that there was in fact an ice stream in the southern part of Africa around 300 million years ago during the late Paleozoic Age. 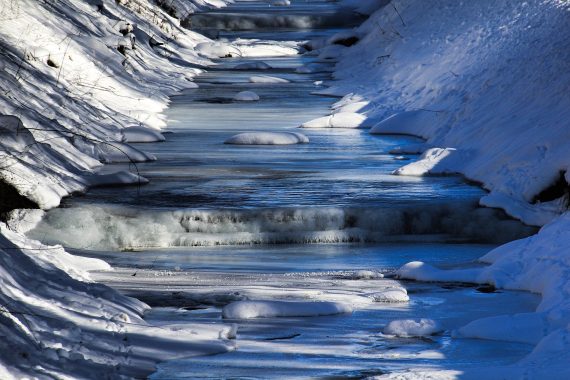 “The ice carved big, long grooves in the rock as it moved,” Andrews explained, “It wasn’t just that there was ice there, but there was an ice stream. It was an area where the ice was really moving fast.”

What they discovered shows that the southern part of Africa was over the South Pole during that time period. “These features provide yet another tie between southern Africa and south America to show they were once joined,” Andrews confirmed.

They published their paper in the Public Library of Science’s PLOS One journal which can be read by clicking on the link.