Alien Abduction, a Journalist, and a Sinister Saga

In 1989, Ed Conroy, a San Antonio, Texas-based journalist, wrote a book titled Report on Communion. It was an independent study of Whitley Strieber and his incredible experiences, as told in Strieber's 1987 best-seller Communion. In taking on the project, Conroy didn’t realize what he had got himself into. At least, not at first he didn’t. What began as an impartial investigation into Strieber’s claims, soon mutated into something very different: Conroy found himself under similar intimidation to that which would eventually hit the Strieber family. Weird phone calls, secret surveillance and – even – visits from our old friends, those mysterious black helicopters, whose crews keep more than a careful watch on alien abductees, abounded.

It was in the latter part of 1986 that Conroy was given a copy of the original manuscript of Communion. Initially, at least, Conroy didn’t display too much enthusiasm for the book. That is, until he read the book – as well as various other books from Strieber, too, including the truly chilling 1984 book, Warday, which is a hair-raising tale of a disastrous, limited nuclear exchange between the United States and the former Soviet Union. Conroy was now interested; very interested. Conroy was clearly destined to dig further, which he did. That Strieber was from San Antonio and Conroy worked there, made things easier, too. Conroy did an extensive interview with Strieber in April 1987, followed by a face to face meeting three months later. Conroy was, initially, planning to write an article or several on Strieber. He quickly realized, though, that there was enough material for a book – a book that would address the many and various intricacies from a detached, open-minded perspective. Conroy was destined not to remain detached though, and particularly so when he too was caught up in a definitive maelstrom of mystery and conspiracy. 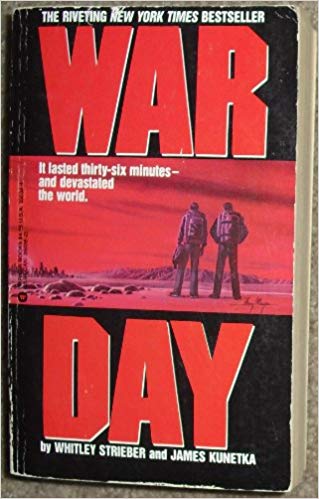 On one occasion, at the height of his research into Strieber’s story, Conroy encountered in his very own bedroom what he described as “a kind of shadow man, completely black, poised in the classic pose of Rodin’s ‘The Thinker.’” This sounds very much like what, today, are known as the Shadow People – malevolent, supernatural entities that have clear and undeniable links to the equally sinister Men in Black, who have nothing to do with the government (despite what the phenomenally successful Men in Black movies might suggest…) and everything to do with the UFO phenomenon itself. Strange noises plagued Conroy, waking him from a dead sleep, almost in a manipulative, playful fashion, but which bordered upon the unsettling. Then, there was the matter of those infamous copters.

It was one particular morning in March 1987 that Ed Conroy found himself a target of whoever it is that flies the mysterious helicopters. It appeared to be a Bell 47, said Conroy, and it lacked an identifying markings – which is very curious, but absolutely typical of the helicopters of the phantom type. Notably, said Conroy: “What was remarkable about this particular helicopter was the inordinate amount of attention it seemed to be paying to my building.” In no time, and shortly after the Bell 47 finally exited the area, a totally black helicopter was on the scene too. Follow-up visits occurred – something which prompted Conroy to contact the Federal Aviation Administration for answers. No luck there. Things got even more intense in 1988 when Conroy was practically seeing helicopters here, there and everywhere. And particularly, again, in the direct vicinity of his apartment, including the huge, double-rotor, military Chinooks. Conroy even saw some of the helicopters vanish – as in literally vanish. Some kind of stealthy, cloaking technology, perhaps? 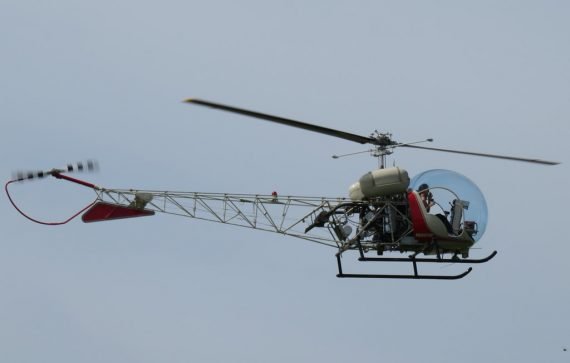 Then, in June 1988 something else happened: while Conroy was out of town, someone changed the message on his answerphone, in his apartment. And it was changed again. And again. Clearly, someone was screwing with Conroy – perhaps even trying to plunge him into states of paranoia and fear. On top of that, Conroy started to hear strange clicking noises on his phone. Weird, unintelligible voices would call, saturated in electric static and which echoed the tactics of the Men in Black when, in the 1960s John Keel was investigating the infamous wave of “Mothman” sightings in Point Pleasant, West Virginia. Such are the strange situations that can occur when we delve into the UFO puzzle.

The Weird Tale of the Paradogs of World War II