Astronomers Baffled by Another Mysterious and Slow Fireball

Earlier this month, a massive and mysterious fireball was seen above West Cornwall in the United Kingdom. Some witnesses described the fireball as green, while others say it was red, but all described it as moving unusually slow and leaving a trail of flame in its wake. While a meteor was suspected, many eyewitnesses said the fireball did not look anything like other shooting stars or meteors they’ve seen in the past.

Now, another strangely slow-moving fireball has been spotted, this time over Canada. Bruce and Melody Hamilton, amateur astronomers based in Nova Scotia spotted the fireball on February 23rd while skygazing from their home. The similarities in the descriptions of this fireball and the one seen in England are striking. The Hamiltons described this Canadian fireball as orange with fiery debris trailing behind it, and like the Cornwall fireball, this one appeared to move incredibly slowly across the sky. 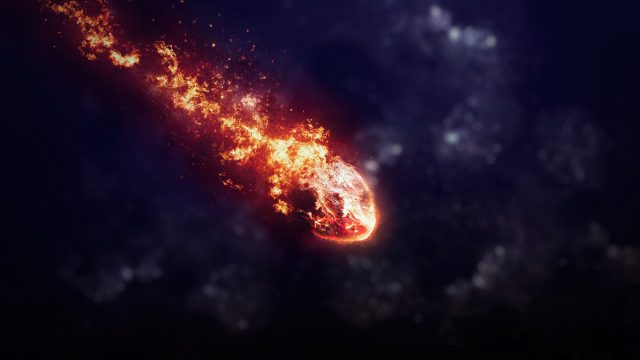 "I saw a light travelling west to east, quite a bright ball cutting a trail," Melody told the CBC. "But it wasn't as fast as any meteor that we've ever seen. We've seen some fairly slow ones, but this was slower. But it wasn't as slow as an airplane. It was this unusual speed … it looked like it was on fire."

The fireball was spotted by other witnesses who likewise said the light was different from other shooting stars. "It was quite amazing, actually," said Jonathan Pettigrew of New Brunswick. "It seemed so close. You could even see it looked like sparks on the tail of it. It was getting brighter. It was quite interesting." 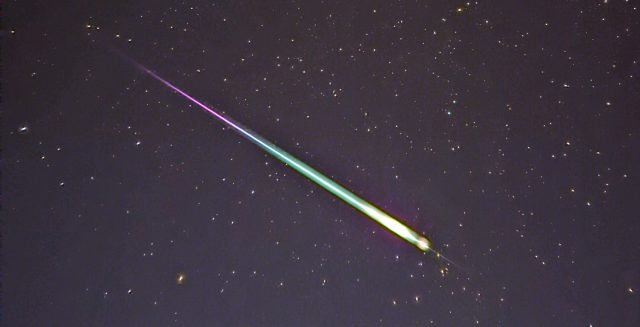 Charles White of the Royal Astronomical Society of Canada told the CBC that without further evidence, it is difficult if not impossible to determine exactly what eyewitnesses saw. White suspects the object was either a ferrous meteorite or a piece of space debris. Given the slow speed and the unusual fiery trail the fireball left behind, I’m more inclined to suspect it was the latter. With all of the talk of satellite warfare going on lately, there’s no telling what may soon be falling out of the skies. For now, these two satellites remain a mystery.