When it comes to reliable UFO eyewitnesses, military personnel – especially pilots, air traffic controllers and radar operators – are high on the list. A close second might be police officers. They’re generally out at night, often in deserted places, accustomed to searching for and collecting as much data as possible, and skeptical of questionable stories and alibis. That puts the video of a UFO released this week by an Australian police department on the list of possible sightings worth investigating.

“After reviewing CCTV at town beach of last night's storm, it appears we are not alone.”

That comment was posted with a CCTV video on the Broome police department Twitter feed on the night of February 16 after a severe thunderstorm, and quickly received a lot of media coverage. (See the video here.) Broome is a small coastal town in the north-west corner of Western Australia best known for its pearling industry. Is this a ship of aliens looking for a nice necklace to take back to their wives as a souvenir of their trip to Earth?

“It’s a damn alien, but not sure if it’s area 51 replica vehicle or intergalactic vehicle. Insane footage.”

Insane may not be the right word to use in that tweet comment by one of the few people who agreed with the Broome police implication that this video showed some sort of extraterrestrial vehicle moving away from one of the town’s beaches. (See, the pearl necklace idea may not be that far off.) Unfortunately and suspiciously, the Broome police gave no other info or comments on the object in the video. Not surprisingly, most of the viewer comments were more skeptical and offered some logical non-alien explanations:

"You know it's just light refraction from the reversing 4WD right?"

"That's the backup lights reflecting on the security camera lens. hence why that obvious reflection shows up the instant they put it in reverse and the reverse lights come on." 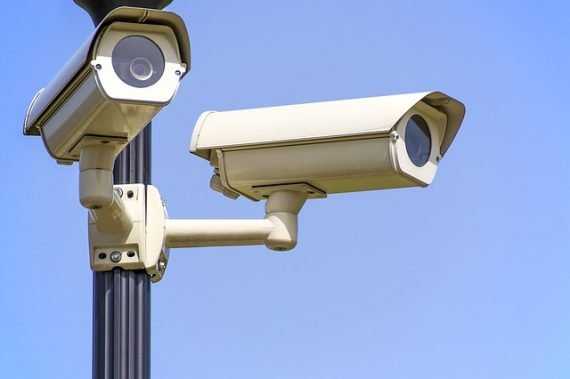 Those are a few of the nicer comments by the many who spotted the jeep moving away at the same rate of speed as the light, which suddenly looks suspiciously like a car light. Perhaps the best comment is this one:

"You are police officers who should know about data protection act 1998 & 2018, you shouldn't be posting CCTV on social media."

Good point. This isn’t really a crime, so it wasn’t posted as part of a police investigation or a call for witnesses. Also, in this day and age of citizens questioning the motives of the police, they really need more credibility and less levity … especially since this is a long way from being an obvious April Fool’s joke. Finally, the demand for disclosure about UFOs and alien encounters is increasing worldwide and recent video releases by the U.S. government of military pilot and radar operator encounters with UFOs had some believing that progress was being made. Incidents like the one in Broome could be seen as a setback when it comes to trust.

Whether you’re a Mulder or a Scully, you want reliable data to defend your position. Does anyone want this video?

Very Weird Encounters with Creatures From Beyond the Strange