Get ready to celebrate, you Hollow Earthers … science may have given you the proof you’ve been waiting for that there a vast underground land filled with mountains just like on the surface. Well, the mountains part has been validated – you’ll have to keep digging (literally and figuratively) for the rest. A new study using data from one of the most massive earthquakes in recent history found mountains and other topographical features 410 miles deep between the upper and lower mantle. Could there be life forms down there? Does anyone have an original French copy of Jules Verne’s’ Journey to the Center of the Earth (Voyage au centre de la Terre)? 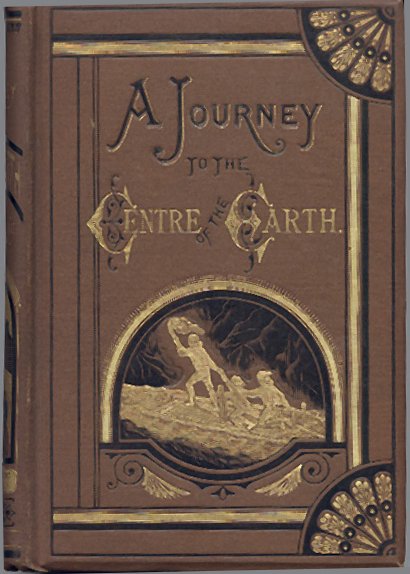 “You want a big, deep earthquake to get the whole planet to shake.”

Well, you do if you’re a geophysicist like Princeton University professor Jessica C. E. Irving who conducts seismological studies of the deep Earth. One such big, deep quake occurred in Bolivia in 1994. Measuring 8.2 on the Richter scale, this was the second-largest deep earthquake ever recorded (fortunately, it occurred in a sparsely populated area), sending shock waves as far north as Canada. However, Irving is more interested in the waves that deep quakes send through the center of the Earth to the other side of the planet. These seismic waves travel straight through homogenous rocks but reflect or refract when they encounter any boundary or roughness.

In particular, the researchers are interested in how the waves pass through the so-called “transition zone”, the boundary at a depth of 660 km (410 miles) in the area between the upper and lower mantle. Wenbo Wu, a fifth year graduate student in geophysics at Princeton and co-author with Irving of the study published in Science, was shocked when they fed the 1994 data into Princeton’s modern Tiger supercomputer cluster to simulate the quake and what its waves encountered.

“In other words, stronger topography than the Rocky Mountains or the Appalachians is present at the 660-km boundary.”

These subsurface mountains may be the same size as their surface counterparts and are separated by smooth area that could be the equivalent of ocean floors. Furthermore, the “rough” mountains only exist at the 660 km bottom boundary – there was nothing like it at the 410 kilometers (255 mile) top boundary of the “transition zone.”

In Verne’s novel, German professor Otto Lidenbrock and his team traveled through volcanic tubes beginning at the Icelandic volcano Snæfellsjökull and surfacing at the Stromboli volcano in southern Italy. Along the way, they found vast caves filled with prehistoric animals, plants, giant insects and a 12-foot-tall giant humanoid creature. They walk, travel on water by raft and are eventually propelled back to the surface by the force of magma and steam.

A Jules Verne-style trip is obviously still science fiction today, but the discovery of the mountains in the transition zone show that the upper and lower areas of mantle truly are different and are separated by … something. Many geophysicists believe the layers are chemically different and don’t mix thermally or physically, which makes the area in between them a true transition zone. But of what? Could any form of life exist there?

“What’s exciting about these results is that they give us new information to understand the fate of ancient tectonic plates which have descended into the mantle, and where ancient mantle material might still reside. Seismology is most exciting when it lets us better understand our planet’s interior in both space and time.”

So, Irving thinks ancient surface plates sank into the mantle and their ancient materials could still exist down there – 440 miles beneath the surface.