In November, 2018, a Chinese biophysicist named He Jiankui came into the international spotlight after reports that he used the CRISPR gene editing technology to create the first genetically modified humans. The genetically modified twins, known by the pseudonyms Lulu and Nana, were born on November 8, 2018, to widespread international condemnation of He's actions, seen by a large part of the scientific community as reckless tinkering. He Jiankui says the genetic modifications done to the twin baby girls were to make them immune to the HIV virus. How could anyone be mad about that? Well, it turns out that besides HIV immunity, He Jiankui's tinkering might have "accidentally" given the twins super intelligence, enhancing their cognition, memory, and ability to learn. Accidentally.

According to the MIT Technology Review, the HIV immunity and enhanced intelligence are inseparable from one another. To make Lulu and Nana HIV immune, He used CRISPR to delete a gene known as CCR5. HIV needs the CCR5 gene in infect blood cells. But there's another interesting part of the CCR5 gene: it's been known since 2016 that removing the gene from mice enhances their memories. What's more, people who are naturally lacking CCR5 seem to recover better from strokes and perform better in school. A recent journal article names CCR5 as a "suppressor of memories and synaptic connections."

While there is no evidence yet that this was He Jiankui's true intentions all along, it does seem awfully suspicious at a time when a new biotechnology race between the U.S. and China seems to be starting up. He Jiankui apparently reached out to other scientists around the world for advice and support, but there is no record of him asking any questions about the link between CCR5 and intelligence. Maybe it's just a happy accident, after all. But it's also likely that asking those sorts of questions might get you in a bit of hot water before you have your mad-scientist fun.

It is certain that He Jiankui at least knew about the research on CCR5 and cognition. He addressed it at a conference, dismissing it as needing it "more independent verification."  Questioned again on a separate occasion, He stated that he was against genetic modification for enhancements.

One of the authors of new paper on the link between the CCR5 gene and intelligence, Alcino J. Silva, a neurobiologist at the University of California Los Angeles, doesn't buy it. When the news of the twins' birth was announced on November 25, Silva immediately suspected that cognitive enhancement was the true aim of He Jiankui's experiments:

“I suddenly realized—Oh, holy shit, they are really serious about this bullshit.

My reaction was visceral repulsion and sadness.” 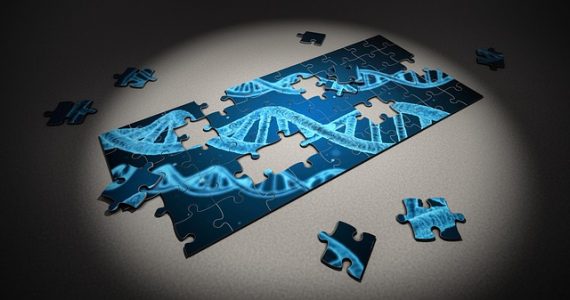 Silva sees these kind of genetic experiments as irresponsible and morally repugnant. While we have evidence of what removing this gene does to mice, we have no idea what it will do to humans and even less of an idea what unchecked genetic tinkering would do to human societies. Silva says:

“Could it be conceivable that at one point in the future we could increase the average IQ of the population? I would not be a scientist if I said no. The work in mice demonstrates the answer may be yes. But mice are not people. We simply don’t know what the consequences will be in mucking around. We are not ready for it yet.”

Regardless of He Jiankui's intentions, the proverbial cat has exited the proverbial bag, and only time will tell what the results of this "mucking around" will be.

The Meditation Question: Placebo Effect, or Path to Mindfulness?