The classic children’s book image of the North Pole has it looking more like a barber pole – candy-cane red-and-white stripes with a bright ball on top. Those are also the colors of “Waldo of the ubiquitous Where’s Waldo series, that may be more than just a coincidence – a new announcement by NASA reveals that the magnetic North Pole has been on the move and is becoming exceeding difficult to find. The latest data actually has it moving towards Siberia. Should we also drop the search for Waldo and start watching for Yakov? 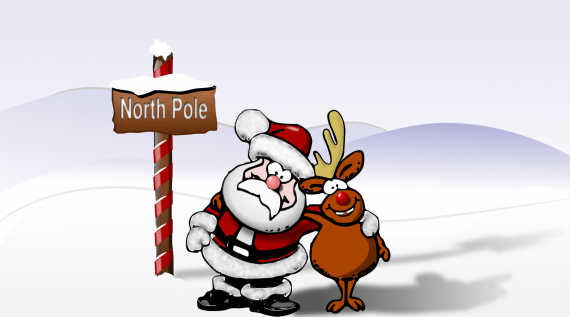 “Due to unplanned variations in the Arctic region, scientists have released a new model to more accurately represent the change of the magnetic field.”

The announcement comes from the National Centers for Environmental Information (NCEI), a part of the National Oceanic and Atmospheric Administration and carries the scary title: “World Magnetic Model Out-of-Cycle Release.” Out-of-cycle is never good news – whether it’s referring to reports, machines or ovulations. In this case, it refers to the World Magnetic Model, which is an official map of the Earth’s magnetic field created by the U.S. National Geospatial-Intelligence Agency (NGA) and the United Kingdom’s Defence Geographic Centre (DGC). It’s used by the U.S. Department of Defense, the U.K. Ministry of Defence, the North Atlantic Treaty Organization (NATO) and civilian organizations for navigation, attitude and heading referencing systems using the geomagnetic field. The model is produced at 5-year intervals, with the current model expiring on December 31, 2019.

The most famous element of the planet’s magnetic field – the magnetic North Pole which all compasses actually point to – has been moving unpredictably and inexplicably around the Northern Hemisphere for the past few years at speeds and increments so large that the NCEI decided not to wait until New Year’s Eve 2019 and instead issue an out-of-cycle state of the mag pole address. And what exactly IS its address these days? Well, what day is this? The pole is moving at a speed of up to 60 km (37 mi) per year towards Russia and has crossed the International Dateline into the Eastern Hemisphere. Beyond that, the formula is located somewhere deep inside the out-of-cycle release, while those in charge assure us that everything is now fine and your GPS won’t direct you over a cliff.

The out-of-cycle release was knocked even further out-of-cycle by the recent U.S. government shutdown, which the powers that be also assure us did not contribute to the problem.

Really? Then what is causing this mysterious pole migration anyway?

At the 2018 American Geophysical Union fall meeting, geophysicist Phil Livermore blamed it on an epic underground battle going on right now between a magnetic field in northern Canada and one in Siberia over the control of the magnetic pole. Canada is weakening and Siberia is winning, although he’s not really sure why. Nor does he say if this is linked to the prediction that the magnetic north and south poles are due to flip relatively (in terms of geology) soon. Good luck using your GPS when that happens (not for thousands of years, but it’s always good to be prepared, especially when dealing with government-related predictions).

Should we be worried about the on-the-move-to-parts-unknown-for-no-apparent-reason North Magnetic Pole? Geoff Reeves, a space scientist at Los Alamos National Lab, said this in National Geographic:

“We know that the pole now is moving faster than it has for decades, but how often does that happen in the long historical record? We don't have any idea. What we know is what it's doing now is different, and that's always exciting scientifically.”

If you’re looking for Waldo, you might want to start at the bottom of a cliff, staring and swearing at his GPS. 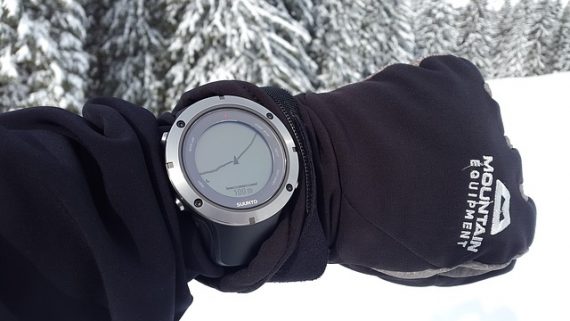