A researcher in Wisconsin was examining lichen with an ultraviolet light when he made a surprising discovery – a pink flying squirrel.

Jon Martin, who is a professor from Northland College in Wisconsin, told Newsweek, “One evening, I hear the unmistakable chirp of a flying squirrel at our bird feeder.” He then explained what he did next, “I point the light at it and bam! Pink fluorescence.”

A team of researchers then decided to sample some museum specimens in order to find out if any other squirrels glowed the same hot pink color. Of the 135 specimens that were studied, only three species of flying squirrels glowed pink under the ultraviolet light – southern, northern, and Humboldt’s flying squirrels. The fur of the eastern gray squirrels, fox squirrels, and American red squirrels did not glow under the light. The researchers published the results of their study on the web in the Journal of Mammalogy. 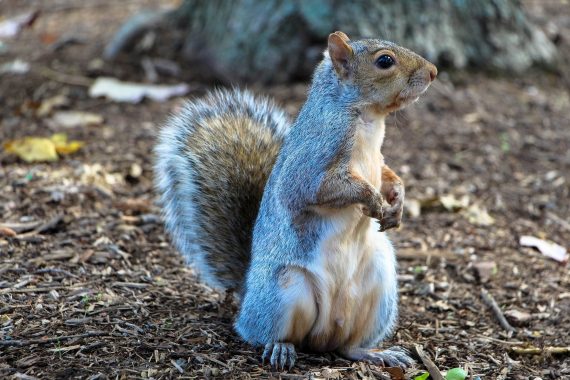 While they’re unsure as to why the squirrels’ fur turns a cotton-candy pink color, researchers say that it may be to help them recognize each other; help them evade predators; or it may serve no purpose whatsoever. Allie Kohler, who is part of the research team, said “This trait could just be a cool color they happen to produce.”

While scientists haven’t observed much ultraviolet fluorescence in mammals, it is actually quite common in birds, butterflies and sea creatures. Birds and butterflies have numerous bright markings that are easily seen by other members of their species while remaining invisible to humans except under an ultraviolet light. In fact, it is believed that birds use their fluorescent markings while searching for a mate. Fish, on the other hand, flash their colors at other members of their species while swimming through reefs. 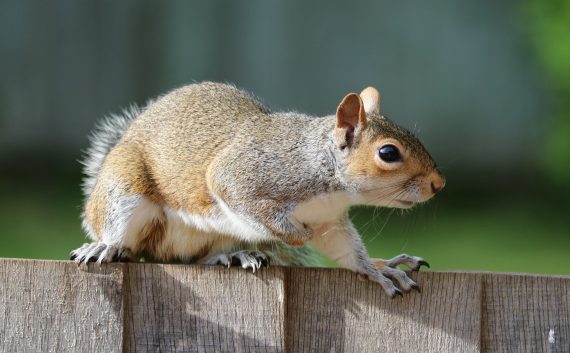 Erik Olson, who is an assistant professor at Northland College, weighed in by stating, “I think these kinds of discoveries just cause us to pause in wonder at the world around us.” And he is exactly right; there are so many different animals on our planet that portray some of the most unique and beautiful features that we have yet to discover.

The research team added that while certain squirrels that live in forests from Honduras to Alaska will shimmer pink if an ultraviolet light was to shine on them, it is not recommended that the public does that because they’re still uncertain as to how (or if) the light affects them.