NASA’s Hubble Space Telescope has uncovered evidence of a mysterious “dark vortex,” and astronomers aren’t sure what to make of it. During Hubble’s annual survey of weather on our Solar System’s outer planets, NASA astronomers spotted a mysterious and incredibly powerful storm on Neptune and they’re unsure how it formed or what it may have in store for the eighth planet from the Sun.

NASA has seen these unexplained dark vortices before, once in 1989 when the Voyager 2 spacecraft flew by Neptune and again in 2018. The vortex appears to be a massive storm spanning some 6,800 miles across and powerful enough to churn up material from much lower in the planet’s atmosphere. Surrounding the storm are what NASA calls “companion clouds,” bright white formations of methane ice crystals formed as the dark vortex swirls the air above it with powerful winds.

These storms are thought to appear in Neptune’s atmosphere every four to six years at different latitudes, but as our observations of them are still limited at this point, that’s just a guess. It’s unknown how these dark vortex storms form, and they are so unpredictable and fleeting that NASA astronomers are barely able to collect data on them before they dissipate.

That may change, though, because Hubble has embarked on a new long-term project known as the Outer Planet Atmospheres Legacy OPAL program, or OPAL. OPAL will create global maps of the solar system’s outer planets as they pass closest to Earth in their orbits around the sun in order to track seasonal changes in the planet’s atmospheres like these dark vortices .

With repeated observations of these outer planets’ weather, NASA may be able to shine light on the many mysteries surrounding these distant alien worlds. More attention is being paid to the outermost reaches of our solar system where new unknown objects or undiscovered planets may very well be hiding from us. As cool as mysterious dark vortices are, we have no idea what could be out there. 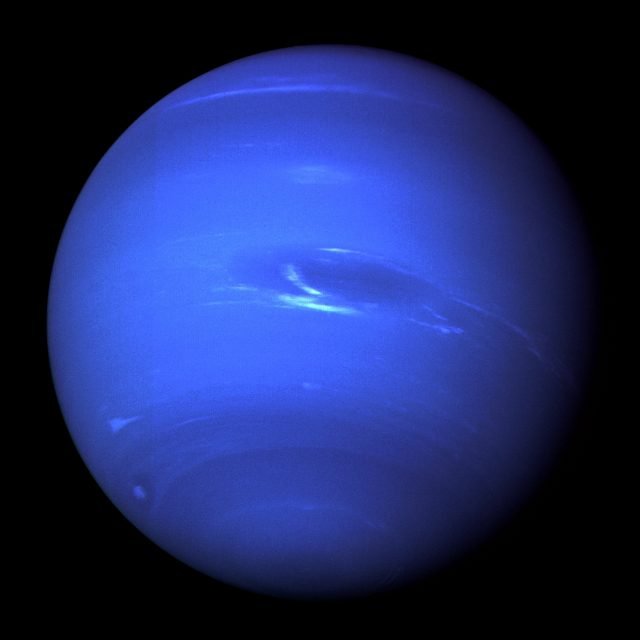 Let’s hope whatever it is doesn’t develop a taste for human flesh or any of Earth’s other natural resources.