Could lightning have literally been the ‘spark’ which ignited all life here on Earth? New bizarre-sounding research published by scientists at Tel Aviv University has found that lightning may give off a unique type of extremely low frequency (ELF) electromagnetic field which actually serves to protect the cells of living organisms. While these fields are quite weak and difficult to detect, scientists think they already have enough data to show the lightning may be one of the key factors which allowed or helped life to flourish on our mysterious planet. 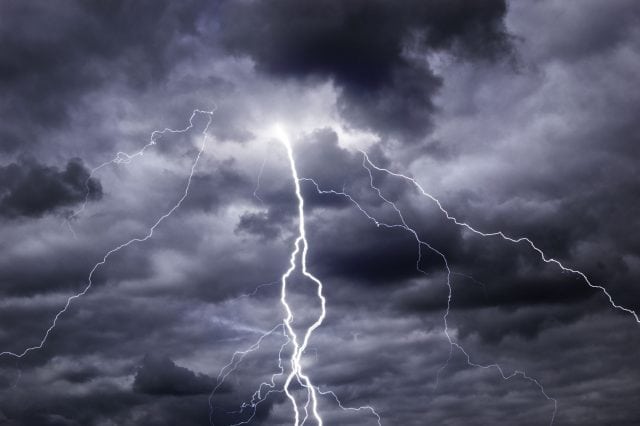 Lightning is known to create what are known as Schumann resonances, a phenomenon in which the Earth’s electromagnetic field resonates at very low frequencies due to the lightning activity worldwide. According to Professor Colin Price of Tel Aviv University’s Porter School of the Environment and Earth Sciences, this new study is among the first to find a connection between lightning and the electromagnetic fields of living things:

It is the first study that demonstrates a link between global lighting activity and the Schumann Resonances and the activity of living cells. It may explain why all living organisms have electrical activity in the same ELF spectral range, and it is the first time such a connection has been shown. This may have some therapeutic implications down the line, since these ELF fields appear to protect cells from damage, but this requires further research.

Researchers found that environmental electromagnetic fields can actually protect cells under stress conditions such as a lack of oxygen. Cells in these stress states seem to respond to the types of electromagnetic resonances given off by lightning activity in ways that suggest these fields can help reduce the damage cells experience while under stress.

While on one hand this study provides one more fascinating hint that all things living and non-living on Earth may be more connected than we know, it also may foreshadow future therapies which harness these mysterious effects of electromagnetic fields. It’s already suspected that the electromagnetic fields given off by today’s telecom devices may be affecting living things in harmful ways, so it makes sense that natural electromagnetic fields may likewise be able to affect living cells. Much more data is needed before definitive conclusions can be drawn about this phenomenon, but if confirmed, it may demonstrate that electromagnetic energy plays a vital role in the natural processes of living things. Could lightning be a vital part of life on Earth?

I'm also left to wonder if perhaps ancient cultures were aware of this phenomenon given some of the claims made about the pyramids and electromagnetic radiation. Could the pyramids have been healing centers?