Countless newspaper articles, magazine features and books have been written - and from a whole variety of wildly differing perspectives - with respect to lysergic acid diethylamide, or LSD as it is far more famously known. Many of those same publications have focused their attention upon (A) such people as Timothy Leary and Richard Alpert; (B) the CIA's various "mind-control"-based projects of the 1950s that involved the testing of LSD on both witting and unwitting individuals, and (C) the rise of LSD usage, and its associated culture, in the USA in the 1960s. Of course, this is wholly understandable; since all of the above are integral facets of the story, or players within it. What was sorely absent for a long time, however, was a detailed, thoughtful, thought-provoking, and insightful study of the history of LSD in the British Isles. Fortunately, that situation was rectified by Andy Roberts in his book, Albion Dreaming: A Popular History of LSD in Britain, which reached its 10th "anniversary" a few months back. And for that anniversary-based reason, I thought I would take a look back at Andy's book. As well as for those who may have missed it first time around.

Andy's book is not only vital reading for anyone wanting to gain a deep appreciation of the significant role LSD has played in shaping whole swathes of British culture over the course of the last five or six or decades. It also exposes the deep hypocrisy that exists when it comes to attitudes (on the part of government agencies, the police, the media and the public) relative to illegal drugs (as LSD certainly is) and legal ones, such as alcohol and tobacco. From the opening pages, it's clear to see that Andy has done his homework. The reader will gain a great understanding of how LSD came to Britain, and we learn many facts that some unacquainted with the drug may find surprising: namely, that ground-breaking research was undertaken - and notable successes were achieved - in the British Isles in the 1950s by certain elements of the medical community, who utilized LSD in the treatment of patients suffering from a variety of psychiatric conditions and mental-illness. This is a truly fascinating section of Albion Dreaming and captures both the essence of 1950s Britain, and the nature of the doctor-patient relationship of the time that, needless to say, was manifestly different to that of today.

Andy also delves deep into the way in which the U.K. military and the nation's Ministry of Defense of the 1950s tentatively immersed themselves in the world of LSD, as they sought to ascertain its effects on the human mind. And it's here we learn of some bizarre tales of LSD-fueled soldiers staggering around the green and pleasant woods of England, as the LSD kicks in and they try - but completely and utterly fail - to act like soldiers. Of course, Andy's humorous narrative aside, there is a very serious side to this: it was precisely this type of experimentation, and the profound effects on the guinea-pigs in question, that led the world of officialdom to realize the truly consciousness-changing effects that LSD has on the human-mind. And it is these same consciousness-changing effects that ultimately led to the downfall of the burgeoning LSD culture in Britain - at least, on a large, nationwide scale. But, I'm getting slightly ahead of myself here.

Moving on, Andy provides an excellent, and highly in-depth, account of the role that LSD played in the definitively-massive cultural changes of the 1960s, and particularly with respect to how music, art, the written-word and more were all radically altered and revolutionized by LSD use. Free-festivals, widespread availability of LSD, famous names in the rock world freely admitting to taking the drug, and countless stories of people opening their minds to new experiences - and not harming anyone else at all in the process - abound. But then it all begins to get a bit dark. Government clamp-downs, large-scale and nationwide police operations (such as the notorious Operation Julie), phone-tapping by the authorities, the demonizing of LSD by the media, and the disapproving attitudes of old men in court-rooms with the power to punish and crush on a large scale, (yet with scarcely any appreciation or understanding of what LSD actually is) dominate the story as the book progresses right up until the present day. No doubt there are those tedious sorts who will say that the police and authority figures have every right to clampdown on those who take LSD due to its illegal status. But, as Andy makes clear in Albion Dreaming, matters are not quite so clear-cut.

As Andy correctly points out, alcohol and tobacco are both legal drugs in Britain, both are highly addictive, and both can have a dangerous effect on the mind and body - and often in extremely tragic fashion, too. For example, one only has to look at the current figures and statistics concerning the number of British citizens affected by lung-cancer and liver-cirrhosis every year. I like a drink but I have seen the effects that long-term abuse can cause, too. Shocking and not pretty are very apt descriptions indeed. Yet, the right of the individual to purchase cigarettes and alcohol is accepted almost uniformly and without question within Britain. So, why should the situation be any different for LSD? After all, studies show that the body has a high tolerance to the drug, it does not have the massively-addictive qualities of cigarettes, and it certainly does not result in liver-failure and death. And, as Albion Dreaming skillfully and factually shows, the scare-mongering stories of people on LSD thinking they can fly and throwing themselves out of windows to their deaths were simply that: scare-mongering stories.

The answer as to why LSD is treated differently and was ultimately made illegal, is actually very simple. Unlike many drugs - whether alcohol, tobacco, painkillers, anti-depressants, anti-anxiety medicine, the list goes on - LSD does not dull the senses. Rather, it achieves precisely the opposite: it opens, expands, transforms and elevates the mind to whole new levels and realms. The aforementioned products that do dull the senses are perceived by those in power as being fine, because they keep the masses asleep - which is precisely how our leaders want us; and particularly so in the current world where freedom of speech and privacy of the individual are rapidly becoming things of the past.

The fact is that ever since LSD became a player in the lives, culture and activities of huge numbers of British citizens (you may be surprised to learn approximately just how many...), the government's response to the drug has been one dictated wholly by fear - or, rather, fear of the unknown. And it's also a fact that when the setting and the mood are right (something which Andy correctly stresses the absolute need for), LSD - perhaps more than any other drug - has the ability to radically and forever transform the individual, and in a deeply spiritual fashion, too. Users report a deeper appreciation for nature and for the world around them, and a realization develops that modern-day society has tragically lost something very important that ancient-man (whose use of psychedelics, all over the planet, was longstanding and deep) was keenly aware of: the profoundly spiritual nature of life. Now, when I talk about spiritual issues, I'm not talking about the modern-day world of organized religion - which is largely designed to control people via fear, guilt and the use of moralistic fairy-stories - but with respect to our relationship concerning the world in which we live, our culture, our heritage, our past, and also the way in which the human mind is capable of so much more than simply existing in the 9 to 5 rat-race. 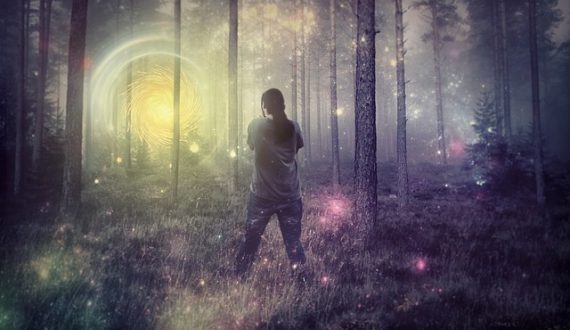 I scarcely need to say that no government wants its people surfing uncharted areas of the brain, and taking control of their own lives in revolutionary-yet-mind-opening ways - but I will anyway. The way in which LSD has the ability to do all of that and much more is graphically spelled out by Andy. But, it was the clear potentials present within the LSD-driven culture that led those who did not (and still do not) wish to see the status-quo affected to take firm and hard action: the British Government, in other words. So, while thousands of people every year will receive the devastating news that they are dying of alcohol-induced liver-failure, or from the ravages of cigarette-induced lung-cancer, the official fight against allowing the populace the right to become spiritual mind-surfers of the outer-edge continues. Indeed, Andy's book is as much about the right of the individual and the aforementioned hypocrisy and double-standards, as it is about the history of LSD and its cultural setting in Britain.

Whatever your view on drugs - legal, illegal, prescribed or otherwise - Albion Dreaming is a book that deserves your attention. Ten years after its original publication, the book is still essential and relevant reading.

The Week In Mystery Booms: The Phenomenon Continues Without Explanation