A recent incident involving a teacher who was attacked by an unidentified animal in North Carolina will likely result in DNA tests for further information, officials have said.

A press release that appeared on the website of the Beaufort County Sheriff's department on Sunday described an animal attack that occurred on Friday, February 15, shortly before 6 AM. According to the statement, a 911 call that morning alerted the Sheriff's Communications department about the incident, which reportedly occurred on Indian Run Road in the North Carolina town of Pantego.

"Beaufort County EMS and Paramedics arrived to find 77 yr old Brenda Hamilton of Pantego suffering from severe injuries as a result of the attack," the statement read.

Along with police and medics who responded were members of the North Carolina Wildlife Resources Commission and at least one biologist, who examined the scene where the attack occurred. However, according to Beaufort County Sheriff's investigators, "preliminary DNA testing facilitated by [a] NC Wildlife Biologist has eliminated any wild animals indigenous to the area." Investigators say that they have not ruled out the possibility that a canine, that is, a domesticated dog, might have been involved with the incident.

Hamilton, the victim of the attack, remains in critical condition based on information provided by Vidant Pitt Hospital, where she is being treated. "We continue to discover how devastating Mrs. Hamilton’s injuries are," a post on the Facebook page of Pungo Christian Academy, where Hamilton teaches, read on Sunday. "Please keep praying for Mrs Hamilton and her family as they make difficult decisions in the coming days."

So is there a "mystery" animal on the loose in North Carolina? 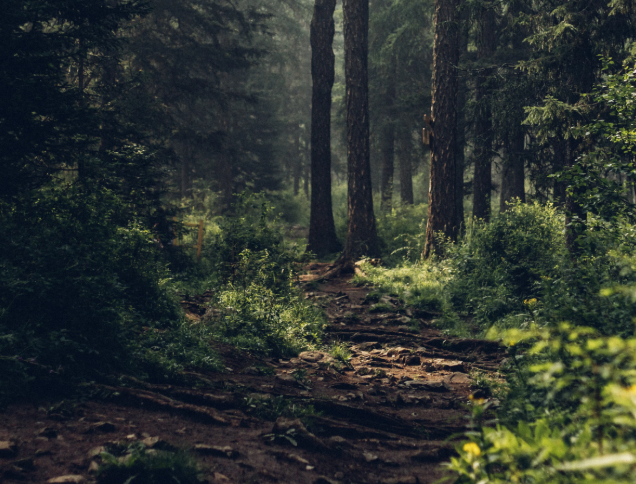 It is true that the animal has not yet been identified, which to some extent might constitute a "mystery" animal, at least in the simplest sense of the term. This does not indicate that there is any kind of unusual animal involved, however, and authorities have already suggested that a dog may have been involved.

However, it is worth noting that, with speculation already running wild about the recent recovery of three-year-old Casey Hathaway, who offered a cute, albeit doubtful story about "a bear" that kept him company while he was missing recently just over an hour away, it is likely that people will begin making tenuous connections between the two incidents.

Nonetheless, the fact that the statements provided by law enforcement included the intriguing detail pertaining to indigenous wildlife being eliminated as perpetrators of the attack does indicate that any of the "usual suspects"-- raccoons, foxes, wild cats, black bears, etc--are not believed to have been involved. So what was the animal, if not "any wild animals indigenous to the area"?

There are a variety of invasive species in North Carolina, ranging from devastating varieties of blight that have affected certain flora in the state for decades, to the Hemlock woolly adelgid, a curious little aphid-like insect of Asian origin that was accidentally introduced on American soil in the early 1920s. Both of these innocuous invaders have had a devastating impact on forests in the region, despite their size or appearance.

More noticeable than woolly adelgids and blights are the non-native hogs, which are considered a serious threat to state ecology. According to the National Park Service, "rooting and wallowing wild hogs (Sus scrofa) threaten natural ecological communities. The hogs will eat just about anything, including red-cheeked salamanders (Plethodon jordani), which are found only in the park, and the roots and foliage of wildflowers that often take years to mature and bloom."

However, most of these animals would not pose a direct threat to locals taking their early morning walks. One suggestion has been that a coyote might have been the culprit; however, according to the Humane Society, coyote attacks on humans are also very rare. 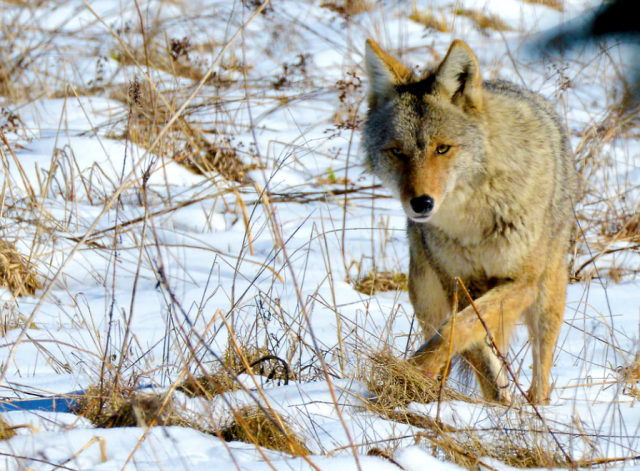 "There have only been two recorded incidences in the United States and Canada of humans being killed by coyotes," an article at HumaneSociety.org says. "One involved a child in Southern California in the 1980s and the other a 19-year old woman in Nova Scotia in 2009. These events, rare as they are, are serious and warrant serious response."

It is not impossible that a coyote may have been the non-native animal that attacked Hamilton, although as we have seen, such interactions between humans and coyotes are rare. These animals are nocturnal though, and hence they might be active in the pre-dawn hours that coincide with the time the incident occurred.

In years past, such an incident might have been linked to the Eastern cougar, a species of large cat that had once been prevalent in North Carolina. However, the last sighting of one of these large cats in the wild occurred 80 years ago, and as of 2018, they are believed to be extinct.

In the coming days, DNA tests by authorities will likely provide further details about the animal involved in this incident, whether it was a canine of some sort, or whatever else it actually may have been.

UPDATE: It with sadness that we have learned that Brenda Hamilton, the victim of the animal attack we reported earlier this week, has passed away from injuries related to the attack. Authorities have also reported that DNA at the scene did appear to match a canine, as reported by USA Today, that "could match anything from a wolf or coyote to a domestic dog." We offer our deepest condolences to Hamilton's family and coworkers, who described her as an "angel."