In late 2018 scientists discovered evidence of a hidden 19-mile-wide crater believed to have been made by a meteorite impact underneath Greenland’s Hiawatha Glacier. The discovery was surprising as scientists have long believed that the erosion caused by melting or shifting glacial ice would wipe away all underlying geological features as it scrapes unrelentingly across the Earth’s surface. However, revolutionary new images provided by NASA’s Operation IceBridge has revealed a new wealth of new discoveries about what lies under Greenland and other large ice sheets. 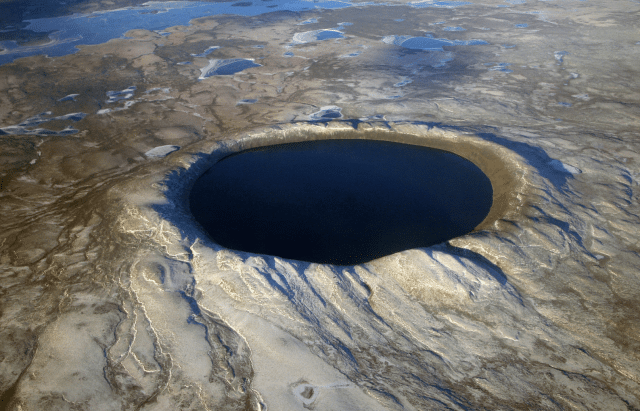 One of those new discoveries was announced this week in a NASA press release stating that glaciologists have found what may be a second impact crater lying under a mile of ice. The new crater measures over 22 miles across and a half a mile deep and if confirmed as an impact crater would be the 22nd largest on Earth.

The discovery was a surprise to NASA glaciologist Joe MacGregor, who says that finding two of these new craters so close together and in such a short period of time is the scientific equivalent of winning the lottery:

I began asking myself ‘Is this another impact crater? Do the underlying data support that idea? Helping identify one large impact crater beneath the ice was already very exciting, but now it looked like there could be two of them. We’ve surveyed the Earth in many different ways, from land, air and space – it’s exciting that discoveries like these are still possible.

Naturally, much more data is needed to definitively identify this new geologic structure as impact crater. If it is confirmed, though, it could turn out to be a discovery which has the potential to rewrite the history of the Earth and humankind as we know it. 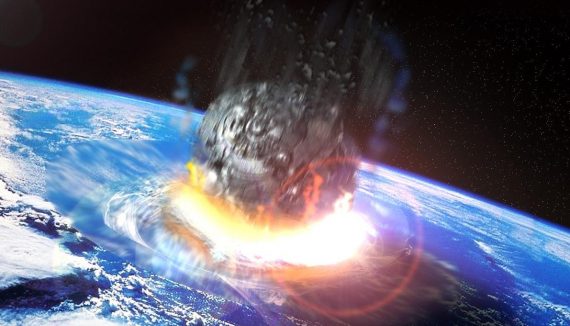 I know, I know: every week there’s some new scientific study or archaeological discovery which claims to have the potential to “rewrite history.” These meteorite craters are somewhat different, though, because preliminary data about their ages suggests these impacts may coincide with the Younger Dryas, a period of radical climate change which altered the face of the Earth forever and in some ways led to the creation of modern human civilization. Scientists have long suspected that an unknown meteorite impact may have been the mechanism which brought about this period of sudden cooling and allowed humans to flourish. Could these newfound meteorite craters be related to the Younger Dryas?