Neil Gaiman Brings Back ‘The Storyteller’

Visionary writer Neil Gaiman (the mind behind Sandman, Stardust, and American Gods) is teaming up with Fremantle and the Jim Henson Company to bring back The Storyteller—an anthology series in which actors and fantastical puppets breathe life into classic folktales.

The original incarnation of the show premiered in 1987. It starred John Hurt as the eponymous Storyteller and was partly inspired by Jim Henson’s daughter, Lisa, who studied folklore and mythology at university.

While the focus of the original series was obscure European folk tales, according to an official press release, this new version will conjure its own mystical world combining all manner of fairy tales, folklore and myths, this time likely with a more global appeal.

In a statement, Gaiman said:

“The original The Storyteller was a brilliantly written, directed, and told set of stories. It’s a terrifying and inspiring task to reinvent what Jim Henson did for the golden age of television we are in right now,” Gaiman said in a statement. “I’m honored that The Jim Henson Company would entrust me with the task of bringing back the storyteller and his magical stories, and sending him out into the world for a whole new round of tales.” 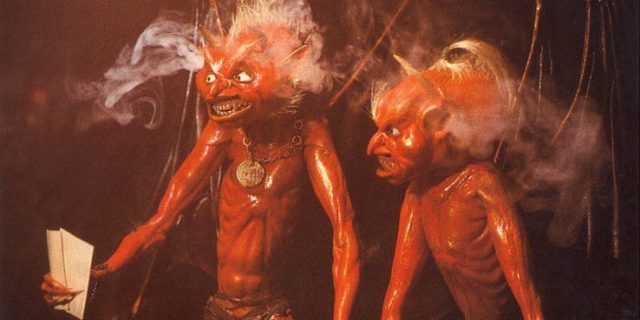 The re-imagined Storyteller has no release date as yet. The Jim Henson Company is also working on a much-anticipated prequel series for The Dark Crystal, which is due for release later this year and which, much to the delight of Henson fans, is remaining true to the physical puppetry of the original film (there were fears it would go down the CGI route).

The new season of Gaiman’s American Gods will launch on March 10th this year.