Future forensic investigators and cold case detectives looking for role models would do well by following in the footsteps of the team members at TIGHAR (The International Group for Historic Aircraft Recovery), who have left no stone, bone or old photograph unturned in their quest to resolve the mysterious disappearance over 80 years ago of aviator Amelia Earhart and navigator Fred Noonan on the Pacific leg of their round-the-world trip. The group recently located a fisherman who may have once hooked the missing plane of bandleader Glenn Miller, who disappeared over the English Channel during World War II, and is working to locate and investigate the spot. Now their search for Earhart’s plane has taken an equally interesting and unexpected turn based on something seen in a new look at an old 16 mm film. Is this the missing link?

“After ten years of negotiations, TIGHAR has succeeded in acquiring imagery that may finally prove whether TIGHAR Artifact 2-2-V-1 is the aluminum patch installed on the Electra in Miami prior to Earhart's departure on her second and fatal world flight attempt.”

In 1991, a TIGHAR expedition to Nikumaroro, the island that has long been one of the primary suspects in the search, found a damaged piece of aluminum sheet measuring 19 inches wide by 23 inches long which appears to have been separated from a larger panel of aluminum aircraft skin. Cataloged as TIGHAR Artifact 2-2-V-1, an investigation dated it to the type of aluminum used on planes like Earhart’s Lockheed Model 10-E Electra during the 1930s. In 2008, TIGHAR says it was contacted by a woman possessing photos and a movie of Earhart refueling her Electra plane in Lae, New Guinea, before her fateful flight to Howland Island. An investigator saw the photos and a video copy of the 16 mm film and managed to take a photo of the photo showing what appeared to be a patch on the right rear of the plane. (See images of the artifact and the photo of the patch here.) That’s where an aluminum patch had been attached Earhart’s plane in Miami to repair damage prior to their departure.

“From a forensic imaging perspective, it’s like hitting the lottery.”

Unfortunately for Jeff Glickman, TIGHAR’s forensic imaging expert, the owner of the photos and film set a price far too high for TIGHAR’s budget and negotiations went on ever since … until recently when a deal was finally made. Once in their possession, the team determined that the photos were not of the actual plane but from the film. As those who own old family movies know, acetate film doesn’t age well. The 82-year-old clip, shot at 24-frames-per-second, is brittle, so it must be processed by special equipment and converted to a digital format before it can be analyzed – more money from TIGHAR’s limited budget. 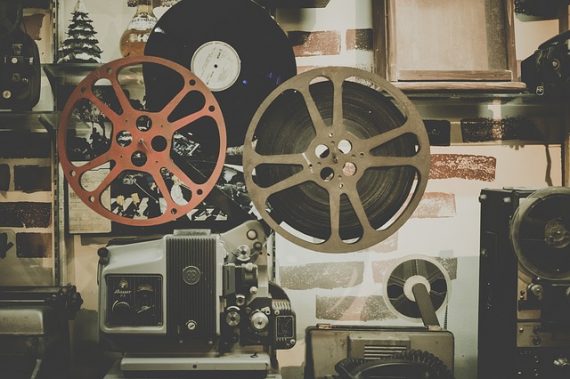 If determined to be authentic, these may be the last images of Amelia Earhart and Fred Noonan before their disappearance (there are some photos alleged to have been taken of them on other islands after their crash). If the image of the patch matches TIGHAR Artifact 2-2-V-1, it further strengthens the theory that their plane crashed on or near Nikumaroro.

And? Come on, future forensic investigators and cold case detectives. Study hard, save your pennies and join in the search for Amelia Earhart.