An astronomer was enjoying a snow day when he made a huge discovery in our solar system. After the city was shut down because of a snow storm last week, Scott Sheppard, who is an astronomer at the Carnegie Institution for Science in Washington, D.C., decided to look through some telescopic views of the solar system that his team took last month while they were searching for a presumed – but not yet confirmed – ninth giant planet named “Planet X”.

And that’s when he noticed a very faint object at a distance of 3.5 times more further than Pluto and 140 times farther than the Earth is to the sun. If this object is confirmed, it would be the most distant object ever observed in our solar system, beating out their previous discovery in December of 2018 when they announced that they had located a dwarf planet named “Farout” which is 120 times further from the sun than the Earth is. This new discovery has been comically nicknamed “FarFarOut”. 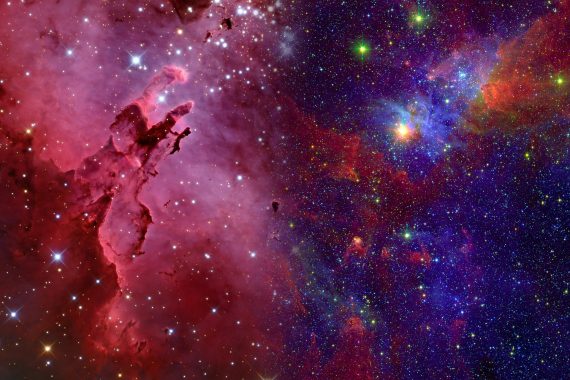 For nearly a decade, Mr. Sheppard, along with Chad Trujillo from the Northern Arizona University in Flagstaff and Dave Tholen from the University of Hawaii in Honolulu, have been using some of the most powerful and wide-angled telescopes to observe the night sky and their research has paid off as they have netted four-fifths of the objects found that are over 9 billion kilometers past the sun.

FarFarOut’s orbit, just like Farout’s, is currently unknown which means that it’s unclear whether it will stay far enough away from the gravitation tug of our solar system’s giant planets. If both of them do manage to stay far enough away, they could potentially join “The Goblin” which is another one of Mr. Sheppard’s recent discoveries. These findings could also provide more information regarding the possible existence of Planet X and if it has anything to do with these three bodies’ orbits.

Astronomers who have been studying the Kuiper Belt observed that small icy objects as well as some dwarf planets appear to follow orbits that are clustered together. The pattern in which they orbit indicate that there could potentially be a large planet there. Therefore, the gravity from this possible planet (the hypothetical Planet X) could explain why the Kuiper objects orbit in such an unusual way.

Although it may take years to figure out the orbits of Farout and FarFarOut, Mr. Sheppard will continue his research of the solar system using his favorite telescopes, the Blanco 4-meter located in Chile, and the Subaru 8-meter that’s in Hawaii.

Alien Invasion: Could it Really Happen and How Would it Play Out?