"It seems impossible, but there it is."

These were the words of Kenneth Arnold, according to one of the many quotes attributed to him during national coverage of his famous observation of nine "discs" flying in formation near Mount Ranier, Washington, in June of 1947. According to most accounts, this was the incident that brought the public into awareness of the so-called "flying saucers."

Hence, in the days after Arnold's account went to print across the nation, several other reports of unusual aerial phenomena from other parts of the country began to appear. That is to say, once the news about "saucers" was on people's minds, it was no big surprise that similar reports began to crop up elsewhere.

This is one reason why reports from prior to Arnold's initial sighting are so interesting, where incidents involving unusual aerial phenomenon were less likely to have been influenced by all the press Arnold and his story were getting at the time.

Arguably, one of the most notable incidents of this kind was reported by Captain Jack Puckett of Strategic Air Command on August 1, 1946. Early that morning, Puckett was flying a twin-engine C-47 from Langley Field to MacDill Air Force Base in Tampa, Florida, reported having a near-collision with a large, rocket-like aircraft that blazed past him. Only weeks prior to that, numerous reports out of Scandinavia detailed similar encounters with smaller, rocket-like objects seen streaking through the skies, which resulted in the first government inquiry into unidentified flying objects.

Another instance of pre-Kenneth Arnold UFO sightings (which, remember, weren't actually called UFOs until a few years later, with the institution of Project Blue Book) involved sightings of unusual nighttime lights that were being seen over Richmond, Virginia, in the weeks leading up to Arnold's sighting.

The reports, which didn't begin to surface until well after Arnold's sighting made news, were first logged by staff members with the Weather Bureau in Richmond, where they had begun to receive calls over several successive evenings from people in the Richmond area that were claiming to have seen odd aerial lights. 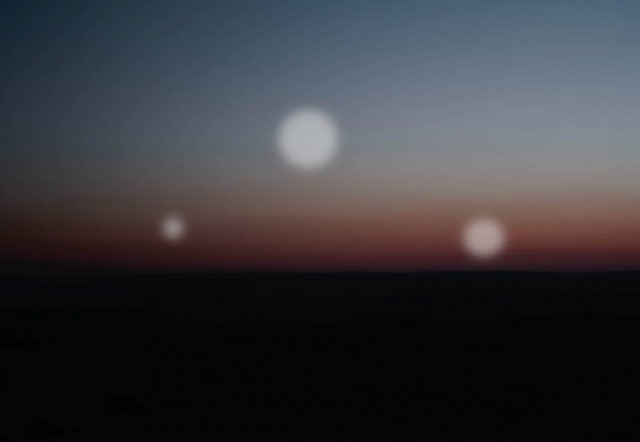 On June 30, 1947, an Associated Press article out of Washington, D.C., described that the reports of the lights had preceded news of Arnold's sightings by several weeks, quoting Samuel S. Trotter, an assistant meteorologist at the Richmond Weather Bureau.

"Mr. Trotter added the reports here started before anything was printed about the 'flying saucers'," the report states.

However, Trotter and his colleagues apparently weren't particularly impressed with the reports. "[Trotter] said he was convinced 'that what they see is a spotlight somewhere playing on the clouds."

"When I tell them so, nobody believes me," the meteorologist complained.

Apart from the fact that the "mystery lights" over Richmond provide a somewhat less than compelling UFO report from the pre-Kenneth Arnold era, it helps illustrate a few other things, too. Apparently, even prior to the "arrival" of flying saucers over Mount Rainier in June 1947, people were reporting unusual things they were seeing in the skies. And as Trotter laments in the quote above, even when he advised that these lights were probably just spotlights reflecting off clouds, people seemed to disagree, preferring to believe that they were seeing something else instead.

We can't rule out that latter possibility, especially in light of the other reports of objects in the skies at that time. Regardless, this is interesting, particularly since it is often asserted that people were more inclined to express doubt about conventional things they had seen in the skies after the "flying saucer" craze had already begun. If Trotter's account of people's disbelief is accurate, at least a few folks in the Richmond area had seemed to be exhibiting this tendency several weeks before Kenneth Arnold put flying saucers on the map.

Could it be that there are psychological reasons for why some people gravitate toward belief in extraordinary things? Maybe so, although I certainly don't think that this idea alone can "explain" or roundly debunk all UFO reports.

However, noting such things in relation to the history of UFOlogy may be useful in helping us remove certain stigmas and preconceptions about what people have seen, and how they may have interpreted it in relation to other things that were going on in the world at a given time. Hence, the Pre-Kenneth Arnold reports like these remain some of the most interesting in the collected literature from the early years of UFO research.