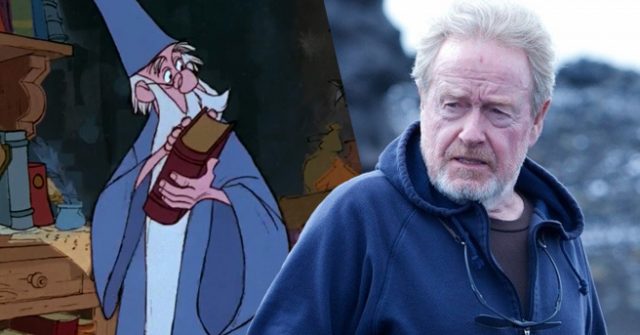 Now, master of the movie epic Ridley Scott is set to bring his lush visual stylistics to Disney’s Merlin Saga, with production commencing later this year. Promisingly, the script for the film has been written by Philippa Boyens, best known for her outstanding work on the Lord of the Rings and Hobbit trilogies. According to a report by HN Entertainment, Boyen’s script is based on the T.A. Barron book series and follows the “origin story of a young Merlin who would go on to become the mentor of the classic literary character King Arthur.”

Character profiles have also been revealed, giving us at least a basic idea of what we may be in store for:

EMRYS (MALE LEAD 12-15). Caucasian. The boy who would become the legendary wizard Merlin. Emotionally erratic. Eccentric. Prone to wild mood swings. Brilliant. Sometimes, he is calm and controlled, thoughtful, with a hint of mad whimsy.

RHIANNON (FEMALE LEAD 12-20): Open to any ethnicity. Seeks Emrys’ assistance in stopping a terrible blight which is now beginning to kill the forest she lives in.

RHITA GAWR (FEMALE LEAD 30-50): Open to any ethnicity. An evil spirit who wants to control Fincayra before moving on to Earth. Enemy to Emrys, the film’s villain.

Apparently, the project will begin with the working title The Lost Years—the title of the first book. As there are five books in the initial series, it is probable that Disney is hoping that its new Merlin movie will spawn a franchise.

Of course, this will not be a Fantasy first for Ridley Scott. His 1985 movie Legend was not a commercial success upon its release, but its stunning visuals and a darkly menacing performance by Tim Curry (unrecognizable in now iconic make-up and prosthetics) have earned it a well-deserved cult following.

A release date for Scott’s Merlin movie has yet to be set, but we’re unlikely to see it any time before 2021.