It's pretty absurd that we can sent robots to other planets yet our own brains still remain one of the great mysteries. We're getting closer to understanding what consciousness is (in the same way that throwing a stone off a pier in New York brings it closer to London), but scientists are still finding surprising and mysterious aspects of how the brain functions and communicates. Recently scientists discovered a "jaw-dropping" way that the regions of the brain communicate with each other without touching.

According to a study published in the Journal of Physiology by Case Western University, the mysterious new form of communication is due to electric coupling. If you've ever used a wireless charging pad for your phone, it's sort of like that. Our brains create low-level electrical fields called "brain waves," that can be measured and recorded, but were thought to be too weak to actually do anything. The new research found that brain waves can excite, or "turn on," other brain cells, which then generate an electric field of their own. This turns the brain wave into a self-propagating wave that can jump across gaps. Researchers discovered this after they observed a brain wave jumping across a cut they had made in brain tissue. This was demonstrated multiple times, the brain wave jumping across a small gap where there is no brain tissue. 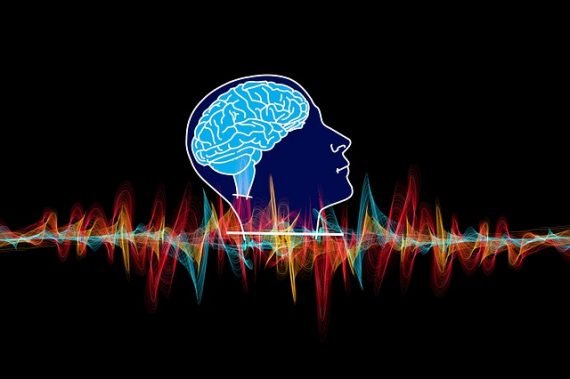 Researchers said they were incredulous when they observed the phenomenon, and the review committee for the Journal of Physiology made them repeat the experiments multiple times before they would publish their findings. This really is a discovery that no one saw coming. According to lead researcher Dominique Durand:

“It was a jaw-dropping moment, for us and for every scientist we told about this so far.”

“We’ve known about these waves for a long time, but no one knows their exact function and no one believed they could spontaneously propagate. I’ve been studying the hippocampus, itself just one small part of the brain, for 40 years and it keeps surprising me.”

You might be thinking, this is at least proof-of-concept of telepathy right? It sure does sound like that, but it's far too soon to tell and sounding like something and being something are very different things.

Brain waves are extremely low level electrical fields, and that head of yours is pretty dense. No offense intended. The researchers themselves don't know what to make of this yet. According to Durand:

“We don’t know yet the ‘So what?’ part of this discovery entirely. But we do know that this seems to be an entirely new form of communication in the brain, so we are very excited about this.”

It's incredible that there are still discoveries to be made, completely out-of-the-blue, inside our own bodies. Although, maybe this is one of those things that's been known about for a very long time, just called by a different name. Things just keep getting weirder, don't they?