If folk singer Pete Seeger were alive today (and don’t we wish he were), he might pen an update to his classic “Waist Deep in the Big Muddy” to pay tribute to the news that a delta that might inspire similar folk or blues songs has been discovered far from Mississippi – on the surface of Mars.

It'll be a little soggy but just keep slogging.
We'll soon be on dry ground.

In a joint press release by the European Space Agency (ESA) and Russia’s Roscosmos, a stunning panoramic photo (see it here) taken on November 16, 2018, by the Colour and Stereo Surface Imaging System (CaSSIS) on the ExoMars orbiter shows the Eberswalde crater delta in the southern hemisphere of Mars. The Roscosmos announcement almost waxed poetic (lyrics to a new song?) as it described the picture of a 31 km (19.25) wide swatch of the Martian surface.

“The layered rocks that make up the delta deposits are marked with white-yellow and purple-blue flowers. Yellow is the deposition of iron oxides, which indicates chemical changes due to exposure to water, blue is less modified deposits. The overall situation around the crater Eberswalde describes the smooth changes in the environment that occurred during times when the delta was still filled with water.”

If that doesn’t make you want to view it, the joint announcement points out that the photo is in 3D and recommends staring intently through 3D red-and-blue glasses for the maximum mind-blowing effect. (Links to the hi-res photo for 3D viewing here.) The delta on the left side is about 100 meters (328 feet) thick and the release compares its shape to the Nile River delta on Earth – without the water, of course. However, water was definitely the cause of the delta, with the liquid running through it from an ancient lake that once covered part of the crater. 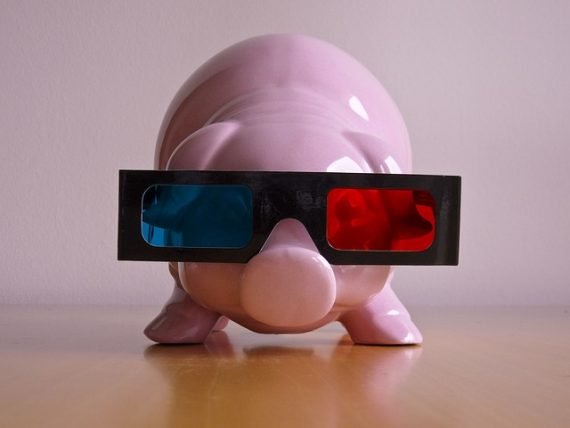 The Sergeant said, "Sir, are you sure,
This is the best way back to the base?"
"Sergeant, go on! I forded this river
'Bout a mile above this place.

This is not the first image taken of the Eberswalde crater delta – it was discovered in September 2011 by the ESA Mars Express orbiter. These deltas are rare on Mars and – because of their obvious water-logged past – are attractive places to consider landing future missions and possibly building bases. A delta in the Jezero Crater is the targeted landing site for the NASA Mars 2020 rover and another in the Oxia Planum will be the landing site of the 2020 ESA-Roscosmos ExoMars rover mission.

What might happen when these rovers attempt to ford these ancient river deltas? Let’s hope the programmers listen to the advice of Pete Seeger and his experience on the Mississippi.

Waist deep! Neck deep! Soon even a
Tall man'll be over his head, we're
Waist deep in the Big Mars-y
And the big fool says to push on!