Astronomers observed a solar flare in space that was so powerful it was around 10 billion times stronger than any of our own sun’s flares. Approximately 1,500 light-years away from Earth is a binary star system that’s located in the Orion Nebula which is the closest active star-forming area to Earth. In fact, anyone can observe the nebular with the naked eye by looking at the Orion constellation. It’s the middle star in Orion’s sword which is located just south of his belt.

Steve Mairs is an astronomer and the lead author of a new study that was published in The Astrophysical Journal on January 23, 2019. He and his colleagues noticed the huge flare by using the James Clerk Maxwell Telescope located on the top of Mauna Kea volcano in Hawaii. The observation occurred in November of 2016 and it’s quite possible that it was the brightest known flare that has ever been blasted out of a young star.

By watching the solar flare, it could aid scientists in learning more about early star formations. “Observing flares around the youngest stars is new territory and it is giving us key insights into the physical conditions of these systems,” Mairs explained.

Solar flares happen when the magnetic-field lines of a star tangle and twist around each other until they snap which releases large amounts of energy as well as charged particles. NASA explains that a solar flare released from our own sun has so much energy that it’s equivalent to “millions of 100-megaton hydrogen bombs exploding at the same time” – or “ten million times greater than the energy released from a volcanic explosion.” 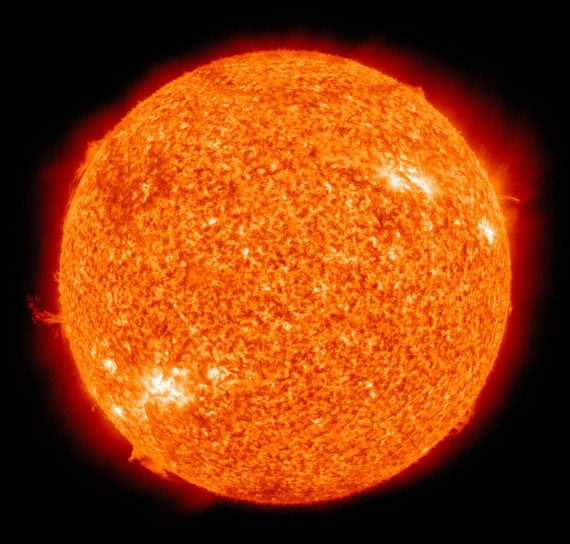 If the energy from our sun’s solar flares are strong enough, when they reach Earth they can temporarily cause technology to fail and knock out satellites. One of the most well-known examples of this happening was called the Carrington Event in 1859 which caused telegraph wires to release sparks that ended up setting several offices on fire.

While researchers are unsure as to why the 2016 flare was billions of times stronger than those from our own sun, they believe that it’s because the star is so young and still sucking up enormous amounts of matter that’s near it. The effect that the massive flare has on young solar systems is also unclear. The authors wrote, “The superhot, X-ray radiation emitted from flares like these could potentially change the chemistry of nearby bodies (like meteors) or possibly alter the atmospheres of young planets.”