Tentacles and Telephone Lines: The Colusa, California UFO Incident of 1976

One of the problems with UFO reports from over the years actually has to do with their diversity. That is to say, some of the already far-fetched sounding reports of “flying saucers” might be more easily accepted by scientists if they all described essentially the same thing, rather than a seemingly endless variety of unusual aerial vehicles in our skies. The fact that such variety does exist, according to many accounts, lessens the likelihood that a majority of those cases represent some legitimate phenomenon.

Another problem is that very few of the so-called “flying saucers” appear to be anything that actually resembles saucers or discs at all. Even Kenneth Arnold’s famous 1947 sighting, which led to this first unofficial name for what later became known as unidentified flying objects or UFOs, raises some doubts: Arnold initially described objects that more closely resembled some variety of flying wing or delta shaped craft, on par with some of our modern stealth aircraft. His memory of the incident appears to have changed slightly within a few months, after the proliferation of the “flying saucer” meme in American newspapers.

However, there have been plenty of incidents from over the years that did involve alleged objects resembling pancakes, flattened spheres, doughnuts without holes, and other similar disc-shapes. Often, these more traditional “saucers” that appear in UFO literature from time to time are fitted with something akin to a spherical dome on the top and/or the bottom of the craft. Many of these unusual objects also produce light from one or more locations, usually on the underside of the craft.

It is one such alleged “saucer” along these lines that also comprises what may be, arguably, one of the most unusual UFO incidents of the 20th century. The sighting occurred on September 10, 1976, shortly before 1 AM at a farm outside Colusa, California, where Bill Pecha was awake and watching television that morning. His viewing was interrupted with what began as some kind of interference, followed by his television turning off completely. Moments later, his air conditioner also quit running, leading Pecha to think that a circuit breaker might be to blame. 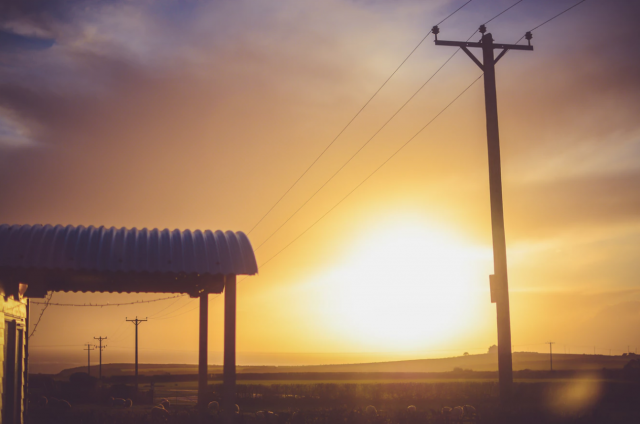 As Pecha went outside and headed in the direction of the breaker, he began to notice his hair standing on end, as though some source of high-voltage electricity could be felt nearby. This concerned Pecha, since he now suspected there might be faulty cabling to blame, presenting a potential electrocution hazard. It was about that time that something in the sky a short distance away caught Pecha’s attention.

"I glanced up and saw this big object," Pecha recalled. "And I saw these objects hanging down, like cable-like fixtures hanging down below it.” The main body of the craft was a disc shape, which appeared to be rotating in a clockwise orientation, with a large dome that remained stationary on top. The object made little or no sound, and was silver or gray in color, except for the very bottom of the craft, which Pecha described as having a “porcelain” look about it. Light could also be seen emanating from below the craft. The object appeared to be hovering directly above a television antenna at the top of a telephone pole nearby, which Pecha presumed to be the cause of the power disturbance inside his home a few minutes earlier.

Pecha’s description of the weird aircraft sounds more like something from War of the Worlds than from other UFO literature around that time. “As I watched it,” Pecha said, “these tentacle-like things went up and these lights came out of this saucer-like thing, and these big lights came on which was a shaft of lights two of them.”

Pecha went back to his house and awakened his wife, who was still asleep inside. By the time she was able to look out the window at the craft, she described seeing the lights which reminded her of traditional landing lights on a plane. Bill Pecha then went into his 10-year-old son’s room, the window of which provided a view to the west of their home, where Pecha says he was able to see two more similar craft in the distance, also positioned directly over power lines as the initial object had been.

Badly frightened, Pecha and his wife reportedly left with their children and went to the home of a nearby friend named Gail Arrant, speeding despite having their pickup truck’s lights off, for fear that the object would see them. Arriving at the Arrant home, Gail came outside and was able to see a distant object which the Pechas identified as the large, domed saucer that had hovered over their home.

"I couldn't believe what I was seeing," Arrant said in an ABC news interview the following year. "No question whatsoever, it was there. I thought, it doesn't matter to me if anyone believes me or not I know what I saw and Bill too. I mean, it was frightful.”

The National Enquirer, who at the time investigated UFOs fairly often, sent Bob Pratt to look into the case, but the story never made it to print. The Aerial Phenomena Research Organization (APRO) also investigated the incident, of which the following detailed information about Pecha’s observation of the distant objects over the power lines was given, appearing later in a write up by Brad Sparks in the February, 1977 APRO Bulletin:

Each of these far encounter UFOs emitted two light-like beams that hit the tops of the power transmission towers each object was between. The right hand UFO's beams were blue and all four towers were lit up in blue light. The beams were emitted upwards at 30 to 45 degrees below the horizontal. The towers held up six power lines. One or both of the highest two of these lines glowed bright red from the insulators oftowers-1 and 2 out to an estimated fifty to one hundred feet on both sides of the towers, Pecha reported. (These were the same towers lit up in blue light by the UFO on the Left.) The beams on towers 1 and 2 had "darker" (by this Pecha said he meant brighter, or more intense) blue "jerky" light streams inside them, Pecha said. He said the "jerkiness" was unlike lightning or a zig-zag and it did not seem to have a phase velocity or motion. He could not determine if the beams from the UFO on the right had these "jerky" light-streams or if the power lines near towers-3 and 4 glowed red. The towers and the UFO on the right were more distant than the ones on the left. The left-hand towers were about 4,450 and 5,150 feet away (towers-1 and 2, respectively)—the lines between these towers pointed about 53 degrees off Pecha's line of sight (so he had a good view of them). The right-hand towers were about 6,200 and 7,320 feet away (towers-3 and 4 respectively). But the lines on these latter towers are pointed only 4 1/2 degrees off Pecha's line of sight—hence they would have been difficult to see. (The lines from towers-1 and 2 run southeast to northwest, but turn almost due west at tower-2.)

Despite the specificity of the information about Pecha’s observation in the APRO bulletin, finding corroborating data from agencies in the nearby vicinity was more difficult. Allan Hendry, who at the time of the Colusa incident was a full time investigator at J. Allen Hynek’s Center for UFO Studies (CUFOS), followed several potential lines of interest, and was unable to find any additional data, as he noted in The UFO Handbook: A Guide to Investigating, Evaluating, and Reporting UFO Sightings:

I checked with the following agencies to see if they could account for the event, with no success: Sacramento Air Traffic Control, Chico Air Traffic Control, the Oakland Air Route Traffic Control Center, Colusa County Airport, and Beale Air Force Base. On the outside chance that a helicopter with a bright searchlight was somehow behind the sightings, I checked with the California Highway Patrol, the California Forestry Air Coordinator, and the Sacramento National Guard, with negative results; still, there are other sources of helicopters, both civilian and military, within an hour of Colusa. I even tried balloon launch sites; the National Weather Service balloon launched at 4 P.M. bursts after two hours and is not illuminated—if the UFO was one, it would have departed against the wind.

Hendry also contacted the Central Valley Project to see if they had registered any outages in the area coinciding with the disturbances Pecha described, and none were logged by the company. Nonetheless, Hendry noted that “Everyone from the policemen to the publisher of the local paper vouched for Pecha's reputation of honesty and calmness,” and found no reason to believe he had misreported or sensationalized his family’s experience in any way, strange though it was.

The following year Pecha, family friend Gail Arrant, and even J. Allen Hynek and Allan Hendry of CUFOS, were featured in an ABC news segment which covered the case, as featured in the video below:

By some measures, one might say that the circumstances Pecha and the other witnesses described were the least unusual aspect of the entire affair. The description of the object, however, seems to fall squarely into the realm of early 20th-century science fiction; seldom are "tentacles" or other similar appendages reported elsewhere, even in the more colorful reports of actual saucer-shaped unidentified flying objects. In that regard, the Colusa, California UFO incident remains one of the most intriguing, and yet also truly perplexing cases of unidentified structured aircraft seen in the last century.