The Most Dangerous Octopus Of All

August 9, 1991 was the date on which a man named Danny Casolaro was found dead in the shower of room 517 of the Martinsburg, West Virginia-based Sheraton Inn. It appeared that Casolaro had committed suicide: both of his wrists were slashed and there was a suicide note left for his family. But, was it really as tragically straightforward as it seemed? Not for the field of conspiracy theorizing, it wasn’t. At the time of his death, Casolaro – an investigative journalist -was chasing down a powerful, secret society that he termed the Octopus – on account of the fact that it appeared to have powerful and influential tentacles that extended across just about the entire planet.

For Casolaro, it all began around one and a half years before his death. That was when he started digging into the saga of a man named William Hamilton, formerly of the National Security Agency, and an acknowledged leading figure in the world of computer software. Hamilton had come up with a highly sophisticated program for the Department of Justice, one which would significantly help the DoJ to track and locate wanted criminals. When the government said that Hamilton was overcharging them, a long and complicated legal battle began. Hamilton was the loser. But it wasn’t the end for Hamilton’s program – which was called PROMIS. Shadowy figures in the Intelligence community were making their own versions of Hamilton’s program, but with one big difference: the new versions contained a deeply buried “back-door” that would allow the government  to spy on just about anyone and everyone that used the program – which included Israel and Iran. And the operation could all be traced back to the mysterious Octopus. 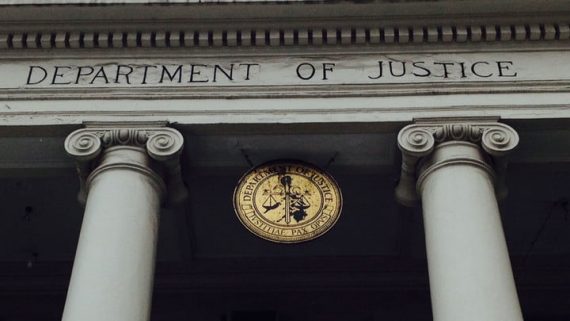 The further Casolaro dug, the more complicated the story got: the Octopus was comprised of numerous powerful people in the worlds of big business, politics, the military, and the Intelligence community. They were somewhat loose-knit and fluid, but they had the power and muscle to influence world events on a massive scale. As Casolaro headed ever deeper into the rabbit hole, he found that the Octopus had played key roles in the 1962 Cuban missile crisis (which brought the world to the brink of nuclear war), the Watergate scandal which brought down President Richard M. Nixon, and the December 1988 destruction of a Boeing 747 Jumbo Jet aircraft over Lockerbie, Scotland. Then things got really weird.

The Octopus, Casolaro discovered, had a significant presence at the world’s most famous secret base: Area 51, Nevada. The Octopus was reportedly funding research to create deadly viruses at both Area 51 and at an underground facility in northern New Mexico. Things then took a strange turn when Casolaro met with a man named Michael Riconosciuto, who had worked in the field of spies, espionage, and intelligence for years, and who advised Casolaro that many assumed UFOs were actually highly advanced, unusual aircraft of the military.

Casolaro’s research continued at a phenomenal rate, to the point where he came to see the presence – and manipulative skills – of the Octopus in just about each and every major world event since the end of the Second World War. Of course, it all came crashing down for Casolaro when he was found dead in the tub. But, was it really just a suicide? Many within the field of conspiracy cried “No!” They pointed to the fact that less than a day before his death, Casolaro had a relaxing time hanging out with a man named William Turner, who was one of Casolaro’s sources in the defense industry. Casolaro was apparently enthused and excited about where his research was taking him. Police investigators discovered that Casolaro had a chat with the man in the adjacent hotel room about his Octopus-based work – the man said Casolaro didn’t appear depressed, down, or anxious. Quite the opposite. Nevertheless, the official verdict was suicide. There were, however, problems with the verdict: the main one being that both wrists were deeply cut. While it would have been easy for Casolaro to have inflicted the deep wounds to one wrist, doing so to the other – when it was already viciously hacked into – would have been much more difficult, some said. 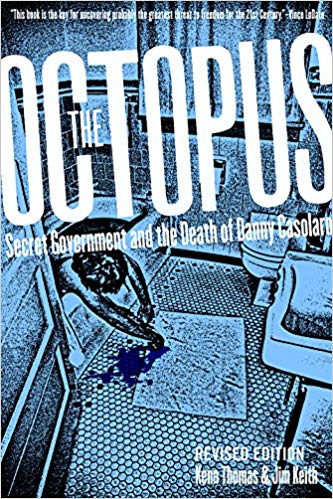 In 1996, authors Jim Keith and Kenn Thomas wrote a book on the affair and Casolaro’s suspiciously-timed death. Its title? What else? The Octopus. It remains the best, and most detailed, study of the life and death of Danny Casolaro.