The National Park Ranger Who Vanished Into Thin Air

Sprawled out under the scorching sun and amongst the remote Chiricahua Mountains of southeastern Arizona, in the United States is a dry, vast, and rugged land of canyons, steep gullies, arroyos, jagged rocks, and the odd sight of massive boulders balancing atop each other, called the Chiricahua National Monument. Although it looks like the moonscape of some alien world, the whole area lies within the National Park system, holds a place on the National Register of Historic Places, and is a place renowned for its natural beauty and unique rock formations. It is a land of wild, often lethal beauty, famous for its scenic hiking trails, but sadly also rather well-known for one of the most puzzling unsolved National Park vanishings on record.

In 1980, then 41-year-old Paul Fugate had been employed with the National Park Service and working at the Chiricahua National Monument as a law enforcement ranger for years. He was known as an enthusiastic ranger, a consummate adventurer, and an experienced hiker, very knowledgeable of the terrain and geology of the region. Although he had faced disciplinary trouble for his refusal to trim his wild beard in the past, he was mostly seen as a dedicated and honorable member of the ranger service. On Sunday afternoon, January 13, 1980, Fugate told the seasonal staff member working with him at the park Visitor Center that he was going to go out and check the trail leading to a new 400-acre parcel of land acquired by the park called Faraway Ranch.

He headed off down the dusty trail in his full ranger uniform and badge, and although he had told the staff member to close down without him if he wasn’t back by 4:30 PM, there was no reason to think there was anything wrong as the experienced, seasoned park ranger walked off along that well-marked trail in broad daylight. It was just to be a quick hike, with him not even bothering to take his radio, and he waved goodbye to casually hike off out of sight, and seemingly off the face of the earth, as this is the last confirmed time anyone would ever see him again.

When Fugate did not return on time, a search was launched that would come to include tracking dogs, aircraft, and hundreds of law enforcement personnel from various agencies, including the National Park Service, the Cochise County Sheriff’s Department, the Bureau of Land Management, the US Forest Service, and the Southern Arizona Search and Rescue Association, as well as volunteers and family, who first scoured the trail to Faraway Ranch to find no trace of the man. The search quickly expanded, until 17 square miles of rough and rugged terrain had been meticulously and thoroughly combed multiple times, yet there was no sign whatsoever of the missing ranger. Desperate law enforcement posted a $5,000 reward, which quickly ballooned to $20,000, yet none of this produced any leads. The only promising clue that could be gleaned was a witness who under hypnosis claimed to have seen Fugate unconscious in a truck between two unidentified men, but there was absolutely no corroborating evidence for this at all, the witness admitted he could have been mistaken, the vehicle had been going very fast, and it was ultimately a useless tip that led nowhere. It was widely assumed that he had met with foul play, but there was nothing to support this, and it was all a baffling mystery.

As authorities desperately searched for clues there was much speculation that swirled about. The main theory was that Fugate had stumbled across drug dealers operating in the area doing drug-dealing stuff and been either murdered or kidnapped, but again there is no real evidence for this other than the fleeting glimpse of who a witness thinks was the victim in a truck. There is also the idea that he may have been attacked and dragged off by a wild animal, or had fallen and been injured, but he was such an experienced ranger who had known the area so well that this was considered unlikely. Besides, if that were the case why could absolutely no remains or even a trace of the missing man be found despite numerous searches? Yet another idea is that he had wandered out of the search zone, but considering the harsh terrain it is thought that he could not have gotten that far on his own within the time frames involved.

Yet another theory is that Fugate disappeared intentionally. One clue to this is that he had told the Visitor Center staff to close if he had not returned by 4:30PM, suggesting that he knew he might not be back, but considering he is estimated to have gone out on his hike at 3 PM this could mean nothing. There were also rumors that he had been having marriage problems with his wife, a photographer at the University of Arizona's Lunar and Planetary Laboratory named Dody Fugate, although she has adamantly denied this. There indeed seems to be no strong evidence to indicate at all that he would have wanted to walk away from his life and vanish, and he had additionally left behind all of his money and belongings at his home, as well as an expensive car he had been restoring and his beloved camera equipment. Nevertheless, Howard Chapman, then the director of the NPS’ Western Region, proclaimed in 1981 after reviewing the files that Fugate had abandoned his post, something the victim’s family has vehemently challenged. Various sightings of Fugate in the days after his disappearance also led support to the theory that he simply ran away, but no one really knows. 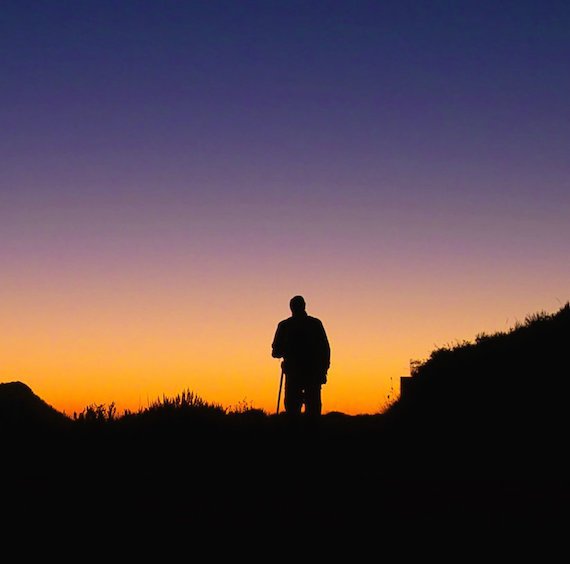 Despite the rumors and theories that Fugate was perhaps still alive somewhere, after years of dead-ends and no new information, the National Park Service finally declared Paul Fugate officially deceased in 1986, despite having never found a trace of him or his remains, but this lag actually presented problems for his wife as she was sure he must be dead and was unable to collect benefits during this time. Indeed, there has been much criticism aimed at the authorities for how they handled the case, with accusations that they did not take appropriate measures, such as extending the search area past park land, as well as that the FBI did not take the case seriously enough and tried to brush it away, refusing to get involved. Dody Fugate has said of this lackluster response from federal law enforcement:

Interestingly, in June of 2018, nearly four decades after Fugate went missing, the National Park Service suddenly and without warning reopened the case and greatly increased the reward for information to $60,000, citing the discovery of promising new evidence, although they have been tight-lipped on what this exactly means. It does seem odd that such a long cold case should be reopened and resurrected with such renewed interest out of the blue, but whether this means it is close to being solved is anyone’s guess. What happened to Paul Fugate? Was he the victim of foul play? Did he run off away from his life into the unknown? Was he lost and died out there in the wilderness he loved so much? It is particularly odd in that almost every ranger who has ever gone missing in National Parks has been found, or at least their remains, yet Paul Fugate remains a perplexing conundrum decades later, and it does not seem that his case will be fully solved anytime soon.