Members of the Armed Forces get to witness or participate in all sorts of secret activities and events that the public is never told of. There’s a good reason a lot of the military’s activities stay under wraps, though. Now that the world’s superpowers have the ability to wipe out all life on Earth several times over, it’s far better to let people sleep at night by keeping things on a need-to-know basis.

At any rate, we were given a small glance behind the curtain of terrifying military secrecy this week when a retired US Air Force spy plane pilot recounted his now-declassified experience witnessing a secret and long-rumored Russian technology known as the “dome of light.” Robert Hopkins shared his chilling experiences with Tyler Rogoway at The Warzone, and I’m once again genuinely creeped out about what this story may suggest about what the Russian military may possess that we don't yet know about.

Hopkins witnessed the event while flying a US spy plane originating from the remote Shemya Air Force Base on the Aleutian Island chain near Alaska. At the time, the Soviets were conducting tests of intermediate-range ballistic missiles nearby, and US spy planes were there to keep an eye on their adversary’s missile capabilities. That’s when things got super weird.

According to Hopkins, both he and his copilot witnessed what can only be described as a “dome of light” moving through the air. At nearly the exact moment a Soviet missile launched, the pair saw a “translucent, milky white wall” moving outward from the launch site towards the Northern Pacific Ocean. The wall of light spanned from the ground to as far as Hopkins and his copilot could see and crossed directly over their aircraft, leaving only the night sky in its wake. The pair were mystified by the event but nonetheless continued their mission as planned.

Afterwards, both Hopkins and his copilot confirmed that they witnessed the same phenomenon, but neither one could explain what the saw. The two eventually reasoned that it was likely some type of atmospheric event like an aurora - until the pair witnessed the exact same phenomenon again prior to another Soviet missile launch. 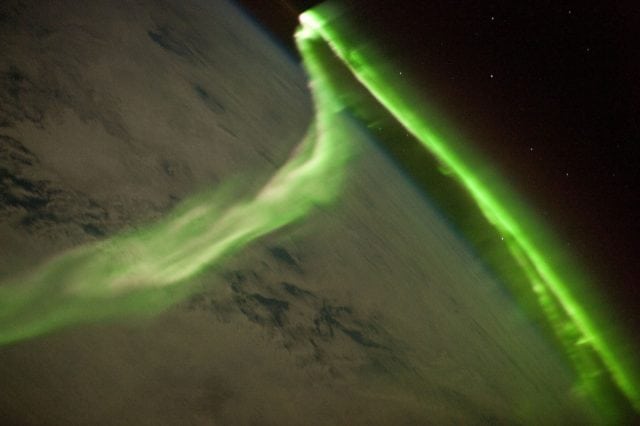 The two pilots' sightings would eventually spark the interest of US intelligence agencies and government officials. The Warzone provides a comprehensive breakdown of all that is publicly known about the “dome of light” phenomenon including several mentions by US Senators and intelligence review publications. I highly encourage readers to head over to The Warzone and read the full article -that is, readers who weren’t planning on sleeping tonight.

Was this some type of superweapon like Nikita Khrushchev alleged the Soviet Union possessed, a surveillance countermeasure, or something far weirder? Some of Nikola Tesla’s stranger research even touched upon or hinted at technologies which sound eerily similar to what US spy pilots witnessed during these "dome of light" events. To this day the rumored “dome of light” technology remains a mystery.

Scientists Plan for Space Station Inside an Asteroid