A Gigantic Solar Storm Hit Earth 2,600 Years Ago And It Could Happen Again

Around 2,600 years ago, a huge solar storm hit Earth that was approximately ten times more powerful than any solar storm recorded in modern times. According to a new study, these massive solar storms were actually quite common in the history of the Earth. Unfortunately, with how many of us rely on technology and electricity, if one of those storms hit our planet today, our daily lives would nearly become unmanageable.

The sun could attack our planet with explosions of immensely energetic particles that are called solar proton events, and if these “proton storms” were to hit Earth, it could even damage electronics located in the air and in space. Raimund Muscheler, who is an environmental physicist at Lund University in Sweden, told Live Science, “Today, we have a lot of infrastructure that could be badly damaged, and we travel in air and space where we are much more exposed to high-energy radiation.”

When a proton storm hits Earth’s magnetosphere, our planet’s magnetic field traps it and when there is an interruption in our magnetosphere, that’s called a geomagnetic storm and that can destroy power grids all across the planet. 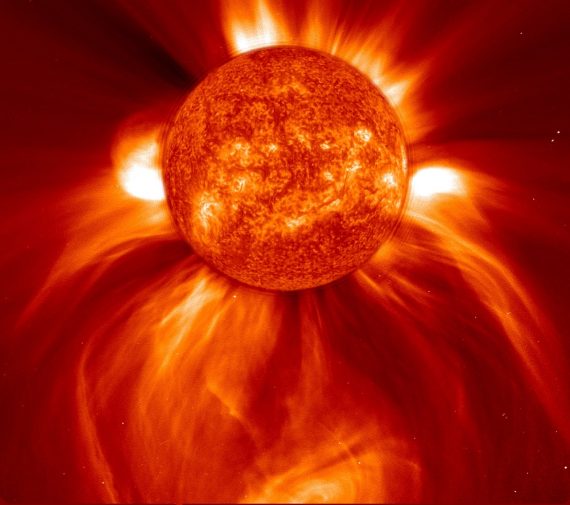 One example of this happening was in 1989 when a large solar storm put the entire Canadian province of Quebec in complete darkness, with the effects being felt all the way in New Jersey where some of their transformers were damaged. In fact, power grids in the United States from the mid-Atlantic to the Pacific Northwest were very close to shutting down.

A much more massive storm – approximately ten times more powerful than the one in Quebec – happened in 1859 and it’s called the Carrington Event. If a massive solar storm like the Carrington Event happened now, power outages could last weeks, months, or years, as we would have to wait for specific parts of the power grids to be replaced.

But wait, the massive Carrington Event may have been nothing compared to a solar storm that may have hit Earth in ancient times. Researchers have recently discovered radioactive atoms that were trapped in ice located in Greenland that seem to suggest that a gigantic proton storm hit our planet around 660 BC. Scientists studied two samples of ice from Greenland and noticed a spike of radioactive beryllium-10 and chlorine-36 from around 2,610 years ago. An even more interesting fact is that these findings coincide with tree rings that had a spike of carbon-14 around that same time period. 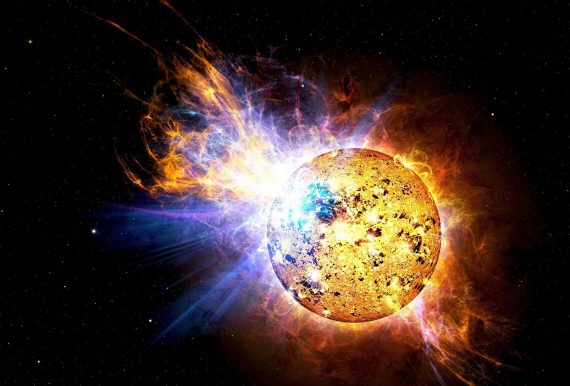 Two other major solar storms happened – one was around 993-994 AD, while the other happened around 774-775 AD – with the latter being the biggest-known solar eruption to have ever occurred.

“These enormous events are a recurring feature of the sun – we now have three big events during the past 3,000 years,” Muscheler said, adding, “There might be more that we have not yet discovered.” You can read the scientists’ findings in the journal Proceedings of the National Academy of Sciences by clicking here.

Solar flares are a common trait of the sun, but let’s hope that a massive storm like the ones mentioned above do not hit Earth anytime soon.