Some places in this world seem to pull about them a veil of mystery. For whatever reasons these mysterious locations hold to them some sort of power beyond our understanding, to which all manner of strangeness inexorably gravitates, and which have for centuries been well-known as cursed places best left alone. Two of these are rather filthy, nondescript ponds lying a world away from each other, which have managed to fuel all manner of strange stories of paranormal phenomena, hauntings, and of course witches and dark magic.

Tucked away within the ancient trees of Romania’s Boldu-Creteasca forest, just about 20 km from the city of Bucharest, one can find a tiny little pond that doesn’t really look like all that much, and at 5 meters wide, 200 meters long, and just 1.5 meters deep would probably be overlooked by most people hiking by. With brown, muddy waters and a perpetual film of scum and green algae covering it, the pond is actually rather ugly, looking more like a cesspool than a pond, unremarkable at best and an eyesore at worst. Yet this unassuming body of water has a long, dark history of strangeness and is ground zero for a variety of unexplained to the point that it has well-earned its name “Witches’ Pond.”

Legends and spooky tales surrounding this place go back centuries. A popular piece of historical lore revolving around the pond is that Vlad Tepes, who most readers will probably know as the real like Dracula, Vlad the Impaler, was killed here in 1476 by his own men, with his ghost supposedly remaining in death. The area was long said to be a gathering place for witches, who came here by night to carry out arcane rituals and sacrifices, both animal and human, believing the pond to harbor a certain mystical energy. It is said that some of these witches drowned here, and continue to haunt the area, their apparitions seen emerging from the muck or eternally prowling the surrounding dim wilderness. Adding to this sinister history are tales that the pond was a popular place for pregnant women in past eras to terminate their unwanted pregnancies, the foul cursed waters expediting the process, and leaving the aborted fetuses to the mud and algae.

Perhaps it is these magical properties of the water, dark lore, and tales of ghosts that have something to do with the other strange phenomena long reported from here. Besides ghosts and mysterious lights in the forest around it, locals believe that no animals will drink from the pond under any circumstances, and that the area is typically blanketed in a queer silence devoid of the normal forest noises that should be present, as if muted. The water is also sometimes said to turn blood red for no discernible reason, and it is thought to never grow or shrink no matter how much it rains or how much drought there is, always staying precisely the same size and depth. Another odd phenomenon is that the weather over the pond will often be different from the surrounding area, for instance raining or snowing just over the water on a clear and sunny day, or even having its own storms that will not leave its boundaries. There are also stories that the pond is in fact bottomless in one portion. Perhaps a portal to another realm.

In more recent years there have been some pretty strange incidents that have supposedly happened around the pond. In 1977, the region was hit by a massive and deadly earthquake, after which it is rumored that tons of rubble and even bodies were disposed of in the pond, to the point where it wasn’t even filled with water anymore, yet a few days later it was allegedly found that the pond was back to the way it had been, with no sign of the garbage or corpses, as if nothing had ever been dumped there at all. In another case, in the 1990s a woman was apparently accosted by a stranger who tried to rape her here, and she was knocked out by a strike to the head during the encounter. She then supposedly awoke to a quiet forest, and there beside her was the body of her assailant, ripped to shreds as if by a large animal. Due to all of these tales and rumors, the Witches' Pond of Romania is mostly avoided by the locals, a destination mostly for curiosity seekers and the occasional gatherings of witches that purportedly occur on sacred days to this day, seeking to harness the dark power of the pond. 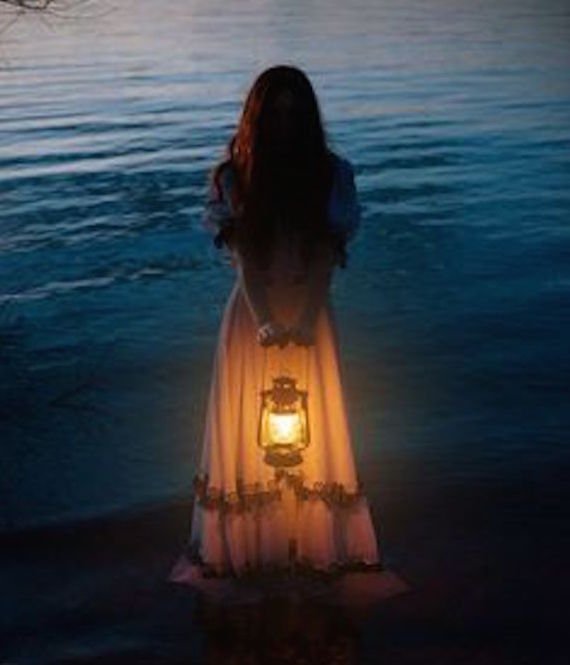 Another “Witches' Pond” lies a world away, within the wilds near the town of Widewater, Virginia, in the United States. Here just off of U.S. 1 in Stafford County is a patch of swampy land also known locally as the Witches Pond, and it is by all accounts every bit as saturated in strangeness as its Romanian cousin. It too had long been said to be a popular meeting place for witches, and one pervasive tale is that in the 18th century one of these witches was a woman named Edith, who was captured by angry villagers and put to death there on the spot, her body tossed unceremoniously into the water to sink into the muck. From that point on it was said that the restless, vengeful spirit of the witch would emerge from the flithy water to terrify those who would approach, as well as stalk the surrounding forest shrieking in an endless rage.

In addition to its air of sheer creepiness and the supposed haunting, the pond has been the location of a very strange unsolved crime. On November 7, 1998, a hunter came across the skeletal remains of a woman with braided hair still attached covered with fallen leaves upon the forest floor, dressed in a Redskins shirt, shorts, dark pantyhose and blue jeans, and lying nearby were sunglasses, a plastic toy teddy bear, a leaf shaped earring, and strangest of all an ornate gold ring set onyx stones and bearing an inscription of a pentagram. The skeleton was later found to be that of a woman with brown hair and aged between 30 and 45 years old, and that she had been there rotting away for about a year. Other than that, nothing at all could be determined about her, and the cause of death could not be ascertained. An exhaustive search through missing persons databases turned up nothing, and the identity of the woman and how she had ended up dead out there by the Witches' Pond remain complete mysteries.

Adding to the eerie ambiance of this forsaken place is an old cemetery nearby owned by the Brent Family and once used as a graveyard for an early English Roman Catholic settlement in the 1600s. Of course the cemetery is said to be intensely haunted, with shadow figures that stalk visitors, unidentified shrieks, and other various strange phenomena. One witness who had a frightening encounter at the cemetery said they had been snooping around in the famously haunted place when they saw a black figure lurking in the trees nearby, and explains what happened on the site Weird US:

When we got down to the graveyard, we looked around and tried to figure a way in. We heard a loud shriek off in the far distance, and we kept hearing it, each time closer. Something came charging in through the woods. We could hear the leaves and sticks rustling, but no footsteps. Then we heard what we believed to be a woman screaming and the figure was gone. As we were leaving we heard the screams again and saw the figure again, but it was closer. It stopped in the center of the trail. It was like a foot off the ground. A few minutes later we heard a weird shrieking sound that wasn’t very loud but it definitely came from the same spot we saw the black figure.

What is it about these locations that manages to generate these stories? Is it the creepy locales themselves that have merely spawned legends and myth? Are they wellsprings of some sort of negative energy, or perhaps even portals to other realms? It is interesting to note how consistent the legends have been, and how they manage to focus on these two otherwise completely mundane little bodies of water, so why should that be? It seems that even in the modern age enigmatic magical places like this can exist, at least in some part of our psyche, and will probably do so well into the future.