A Terrifying Encounter With a Chupacabra

There comes a time in the life of every investigator of the paranormal when a case just gels. From the credibility of the witness to the importance of the story, everything combines together and in the best fashion possible. I have experienced such a deep sense of satisfaction and connection on a number of occasions. But, there is, perhaps, no greater example than the amazing account of a woman named Norka. It was a story that came my way on the fourth day of my summer 2004 trek around Puerto Rico - with a team from the SyFy Channel, in search of the Chupacabra. Norka was a fascinating lady, who lived in a spacious and atmospheric house high in the El Yunque rain forest. Norka’s story was one that took my quest for the truth about the Chupacabra to a whole new – and largely unanticipated – level.

After we devoured our breakfasts fit for a king – in the open courtyard of the Wind Chimes Inn - our convoy of jeep, cars, and trucks hit the road. There were people to interview, creatures to be sought, and absolutely no time to waste. Around ninety minutes after we left bustling San Juan behind us, we arrived at Norka’s lavish home. It was dominated by a pair of huge, wrought-iron gates and a driveway that was so steep it actually required me to put the jeep in the lowest possible gear to successfully climb it. Norka, seventy-something and sporting a beaming smile, invited us in as if we were old friends. It almost felt like we were.

Norka was an incredibly generous host, despite unfortunately being in failing health. She provided us with liquid refreshment and snacks, gave us a tour of her home - which was, essentially, built solidly into the hill on which it stood - and regaled us with entertaining stories of her youth, during which she was a prize-winning, passionate motorcyclist. Roughly an hour after arriving, the crew had set up all of their equipment, the cameras were ready to roll, and me and Norka assumed our required positions on the balcony of Norka’s home. It provided an incredible, panoramic view of the El Yunque National Forest. Indeed, the angle of the miles-wide view, coupled with the sheer altitude of Norka’s home, provoked a slight sense of vertigo. But that was no matter. I suspected that Norka had something special to say and I wanted to hear it. I wasn’t entirely sure how special, but we quickly found out.

Norka’s words demonstrated that the Chupacabra enigma was much older than many researchers had assumed or concluded. Norka’s account, we were fascinated to learn, dated from 1975, at the height of the summer months. The defining event itself was actually the culmination of a series of disturbing attacks on domestic animals in the area in which Norka lived. Tragically, this included an assault on one of Norka’s pet dogs, which was found dead, outside the perimeter of her hillside home. It was also found lacking each and every one of its bones, including its skull, no less. How the bones had been savagely removed was something that not even local veterinarians were able to explain. Other families in the area reported their dogs missing, too. They, also, were left with nothing but tears, anguish, presumed dead pets, and a mountain of unanswered questions. As circumstances would have it, and only a couple of weeks later, Norka had an encounter of a kind that chilled her bones.

It was dusk, on a stiflingly hot, weekday night in August 1975. The atmosphere – as day began to surrender to nightfall – was as normal and tranquil as it had ever been. It wasn’t long, however, before normality and tranquility gave way to something hideous. As Norka drove carefully and slowly along the twisting, climbing road (in a car, rather than on one of her trusty motorbikes, I should stress), something suddenly surfaced from the huge, dense trees that stood proud and tall, like gigantic green curtains, and which dominated each side of the road. Doing barely twenty miles an hour to begin with, Norka was easily able to slow down as a curious beast loomed into view. Norka, looking into the camera, said that only about twenty feet in front of her was the strangest, most terrifying animal it had ever been her misfortune to encounter. For all intents and purposes, it looked very much like a bat. Except, that is, for one astonishing thing: the creature was around four-to-five-feet in height. 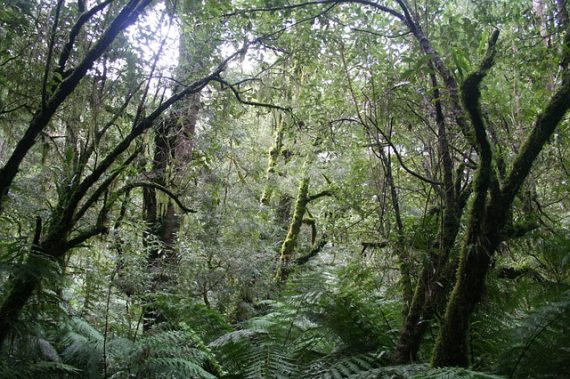 Not surprisingly, Norka could scarcely believe her eyes as the monster shuffled slowly across the road, its muscular legs taking slow but deliberate strides across the hot tarmac. With her eyes transfixed on the beast, Norka could see that its body was dark brown in color. Two large wings were folded tight against its back. The clawed fingers on its hands – that drooped in curious, limp fashion from its bony wrists - were of a distinct, white-yellow hue. Of a near-identical color were two enormous fangs that protruded from its gaping, almost slack-jawed, mouth. Most frightening of all to Norka were the eyes of the creature: focused intently on Norka herself, they were almost blazing, like red hot coals. After what seemed like a torturous amount of time, but which was maybe no more than twenty or so seconds, the creature unfurled its wings. At this point, Norka could see just how big those mighty, membranous appendages were: somewhere in a combined region of twelve to fifteen feet. Norka said the wings flapped in a fast, furious and loud fashion that deeply shocked her. In mere moments, the beast took to the skies, vertically, and was quickly lost from sight.

Since this was the only interview planned for that day, there was no need for us to make a hasty drive to destinations new, and so we hung out for another hour or so, chatting further with Norka, even though the cameras had stopped rolling. I was suitably impressed. Our quest for the truth of the chupacabra had taken a major step forward – and, in terms of the date of Norka’s encounter, a major step backwards.

Report Reveals Bizarre Animal Tests Were Being Carried Out by U.S. Government Lab