The Internet can be a pretty wild place, a badlands of rumors, hearsay, tall tales, fake videos, and straight up misinformation at times, all unregulated and seeming a bit like the Wild West. Through this din of off-the-wall stories and outlandish accounts, every once in a while one will stand tall as particularly bizarre and absurd, yet managing to get picked up and talked about to the point that it takes on a life of its own. Surely one such tale is the story of a man who came forward with his experiences that deal with super soldiers, Martian bases, and intergalactic war, which he claims are all completely true. So strap yourself in and maybe put on your tinfoil hat, because we are about to blast off on a wild ride into the orbit of the truly odd.

In 2006, a man calling himself “Captain Kaye” (later found to be Randy Cramer but Captain Kaye sounds cool so we’ll stick with that) stepped from the shadows of top secrecy, claiming to be a member of the United States Marine Corps (USMC) and with quite the incredibly bizarre tale to tell. It began, he said, when he was just a very small child of just 3 or 4 years old, when members of a shadowy organization came to him in the night to covertly recruit him into a program called “Project Manequin.” According to him, this was an ultra-secretive government program designed to create super-soldiers who would be stronger, more efficient, and more obedient killers on the battlefield. Children were chosen because their young minds were seen as more malleable and easily warped, their bodies abler to withstand and adapt to the rigors of what awaited them, and he would claim of the whole training process:

The techniques used to make me have been described to me as a “with-the-grain” style of programming as opposed to most “against-the-grain” styles of programming that try to force Super Soldiers to kill anything, anytime, anywhere – and as human animals, most of us just aren’t made that way, so we resist – and the main function then becomes ‘suppressing’ the urge to resist. Rather than creating the best Super Soldier you can, you only create the most compliant. The “with-the-grain” style programming doesn’t try to create something that kills on command, but, rather, it creates a deep seated instinct to protect its tribe and its territory when threatened. So, as long as you can explain the threat credibly, the soldier will use all of its strength and cunning to destroy any that would harm those it’s genetically predisposed to protect. 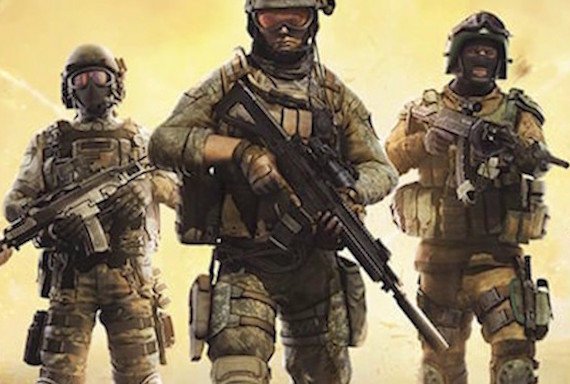 To engage in this training, he says that these agents would whisk him away from his home in the middle of the night and take him to a secret base off-planet, where he was trained and indoctrinated for days or weeks at a time. In order to make sure that no one knew he was gone, time travel was used to bring him back to the exact moment he had been abducted, leaving the memories within his mind like a dream. Kaye, along with the 300 child recruits, would also take part in a program called “Project Moon Shadow,” which was next stage and according to him an offshoot of the government mind control program called MK Ultra.

When he turned 17 his training was considered complete, and he was supposedly sent to join what he calls the “Mars Defense Force “(MDF) part of the U.S. Secret Space Program (SSP), which had been established for the purpose of protecting Earth’s five Mars colonies and claiming Mars as a U.S. territory, as well as providing a safe place to retreat in the event of some world-ending cataclysmic event on Earth. Interestingly, this was purportedly a joint program run by the United States, China, and Russia, who were secretly working together to make everything run smoothly behind the scenes. These colonies had apparently been on the planet since the 1960s(!) and that the moon landings had been a cover to divert public attention from the real aims of NASA, which was Martian colonization and planetary defense.

In order to get to Mars, he claims that he was first taken to a cutting edge facility on our moon, after which he was whisked away to the Red Planet aboard a special shuttle and stationed at the colony he calls Aries Prime, at a secret MDF base called Forward Station Zebra. There were also teleport jump pads available, but at the time these were supposedly still seen as risky. Of his actual arrival on Mars he says that he was surprised that the atmosphere was breathable, and he says of his experience of disembarking:

We touched down at Aries Primus, HQ of the MCC (Mars Colony Corporation) and the MDF (Mars Defense Force). To my surprise, we walked down the gangplank and right out into the Martian air. The air was thin and cool, but the sun was beating down enough to feel it. Even though it’s dimmer, the sun can still be quite hot and bright in the direct light. We walked, in a line, to personnel with scanners in their hands who would scan your transfer packet, and then direct you to whichever shuttle pad was to take you to your duty station. 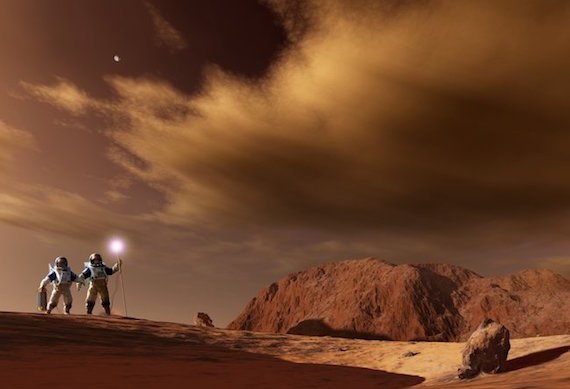 He would also be surprised to learn that humans were not alone on Mars, and that there were in fact two indigenous alien species on the planet. Stay with me now. One of these is described as an insectoid species, rather imaginatively called the “Insectoids,” which lives underground in elaborate hives, while the other is more reptilian in nature, and you don’t get any points if you guessed they are called the "Reptoids." These two species had had a rather hit and miss relationship with the humans who had inhabited their world, going from indifference, to occasional skirmishes, to peace again on several occasions.

Captain Kaye would be stationed here for the next 17 years, during which time he claims he underwent flight training and he also says he participated in some of these battles himself, often wearing a powered suit, because hell yeah! Peace only truly came when the humans, Insectoids, and Reptoids joined forces to fight a race of evil alien invaders called the Draconians (MU Editorial Dept.- Hi Brent, could you change the references to Draconians to "Dracoids" from here on out? Our research shows that people respond to "oids" Thanks.) People, seriously, I am not making this up. Shortly before his two decades of duty were up, he says that there was a massive battle against the Dracoids that drove them off but left hundreds dead. Shortly after this Kaye’s tenure came to a close and he was moved back to the moon, where the story gets possibly even weirder than it already is.

At the moon base, Kaye says he went through a drawn out reverse-aging process of regressing him back to his younger self, and then sent back through time to Earth in 1987, at a point before he had even left. Before being sent back, there was a ceremony to honor the occasion, attended by none other than former secretary of defense Donald Rumsfeld himself. Again, I am not making this up. It would then take him years to regain the lost memories, that had either been disrupted by the time travel process or intentionally wiped, but come back they did, and left him in a state of shock. 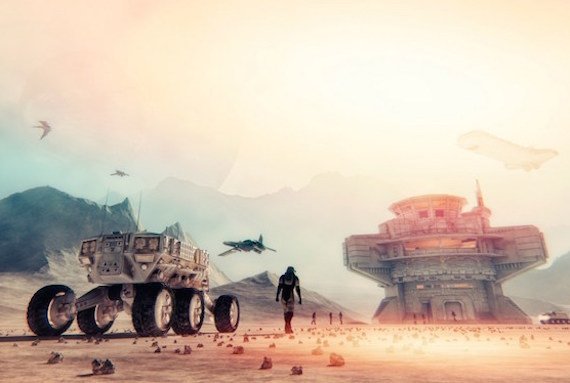 Right about now you might be wondering just why Captain Kaye felt that he could safely come forward with this world-changing information, and you might be surprised to know that according to him he was told to blow the whistle on the whole thing by his own superior officer. Kaye says that a mysterious Brigadier General Smythe, one of the top guys in the program, came to him with the permission to let the lid off of everything, and he says of this:

When he personally gave me the go-ahead (he said, and I quote, “I’m giving you the go-ahead to go public with everything you know…”), I asked, “Everything?” and he said, “EVERYTHING!”, and then we had a deal. As long as I had the assurance that my direct chain of command was behind me and that I had no restrictions on truthful content, I knew it was for real – and that HE was for real. No one – not even an enemy – would want me to do that, or tell me to do that. He even said I could use his name, which I just did, to let the people who need to know, that I answer to him, and only to him… and if they didn’t like it, they could take it up with him, or the CMC.

It all sounds completely and totally off the rails, and it is, but Captain Kaye has continued to assert that this is not some bad science fiction pulp story, but all very, seriously real. He has continued to write of his experiences, give interviews about it all, and even has his own newsletter devoted to it. While I have only covered the basics here there is much more to it all, about which he goes into incredibly, meticulous detail. His stories go as far as to explain the exact layouts of rooms, the equipment used, and the colors of all of the uniforms, and even what type of carpet the moon base has, and his story is so tight that he never contradicts himself. Adding to this, he tells his tale with such earnestness and at times raw emotion that rather than some hoax it is hard to think of it as anything other than that he either really did experience these things or that he is severely, deeply delusional.

Unbelievably, there have been other individuals who have come forward claiming to have been a part of the Mars Defense Force as well, spinning their own tales of sci-fi insanity, and one is left to wonder what to make of it all. Also rather incredible is the large number of people who seem to actually believe it all, coming to the conclusion that there really are moon and Mars bases and that these tales are true. Are these the ravings of disturbed individuals or a giant hoax? Do they really believe what they are talking about? Is there anything to it at all? No matter what camp you are in or what you believe, one thing I think most of us can agree on is that it is all a wild roller coaster ride of weirdness, and entertaining at the very least.