Boys always have been and always will be boys, and nothing is more boys-being-naughty-ish than obscene drawings on any wall they happen to come in contact with for short periods of time when they’re doing something else that is boring … like going to the bathroom or guarding their country against invaders. While most people have heard of or encountered such gross graffiti in public men’s rooms, one particular style of drawing appears to be favored by the military, which explains why archeologists working in the English quarry which was a source for the stones used in building Hadrian’s Wall found a sure sign that the mining was done by Roman soldiers – a carving of a phallus symbol. Booyah!

“These inscriptions at Gelt Forest are probably the most important on the Hadrian’s Wall frontier. They provide insight into the organisation of the vast construction project that Hadrian’s Wall was, as well as some very human and personal touches, such as the caricature of their commanding officer inscribed by one group of soldiers.”

No, that’s not the one Mike Collins, Inspector of Ancient Monuments for Hadrian’s Wall at Historic England, was talking about in the press release detailing the discovery. He and archaeologists from Newcastle University have been working on the so-called “written rock of Gelt,” a quarry wall which contains rare Roman quarry inscriptions in Gelt Forest near Brampton in Cumbria. While the wall and its carved drawings and messages are well known, the site has been closed for many years due to dangers caused by deterioration.

The discovery of four new inscriptions was made by brave archeologists rappelling down the wall with laser scanning equipment to record the inscriptions for conversion into 3D models that the public can view safely. (Pictures of the carvings can be seen here.)  One inscription reads "APRO ET MAXIMO CONSVLIBVS OFICINA MERCATI" and refers to the consulate of Aper and Maximus, which dates them to 207 CE when Hadrian's Wall underwent a major renovation. Another is a crude (but not rude) carving of the military officer in charge of the project. 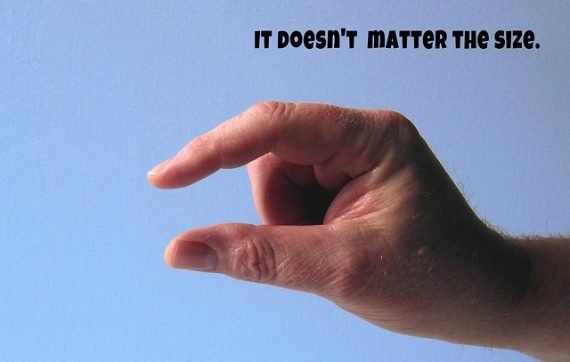 Then there’s the phallus.

“This Phallus is a Roman symbol meaning 'good luck'.”

The archeologists were not disappointed to find it, since all of the carvings surviving in such good shape is extremely rare. Military Times points out that “penis etchings” are “the longstanding pride of the United States military.” Who knew that they date back to long before the Revolutionary War? You can bet that any soldier caught sketching a phallus on a rest room wall or drawing pad will from now on point out to his or her (yeah, right) commanding officer that it’s merely a symbol of good luck.

Is it really a symbol of good luck? Not for the janitor, especially if it’s written in indelible ink or craved on some historic stone.