Archaeology of the Mind: Unearthing the Roots of Common World Mythologies

What goes on in the secret lives of foxes? A few years ago, one answer to this question was answered for us, albeit humorously, thanks to our modern meme-laden culture. However, a more pertinent question than “what does the fox say” might be, “what happens when foxes get married?”

If the question sounds like a silly one, we must look at cultural beliefs about such animal unions from around the world, wherein a peculiar consistency begins to emerge: the idea of “fox weddings” being associated with rain that falls while the sun is shining.

I outlined this peculiarly wide-reaching mythology in an article here at MU a while back, which looked both at the mythological trope of “fox weddings” occurring during sun showers, as well as some of the possible etymological relationships between this idea and traditions about “ghost lights” in various parts of the world. In essence, numerous cultures from around the world appear to share similar traditions that involve an animal wedding that occurs during a sun shower; though not every instance where this tradition is found involves foxes, it does often involve similar doglike nocturnal scavengers commonly associated with the “trickster” archetype.

There are a number of ways, historically speaking and in terms of folkloric studies, that this problem might be addressed. And of course, “fox weddings” are by no means the only mythological trope of this sort that appears to bear a cross-cultural significance, nor are they the most famous one. There is perhaps no greater example of a “shared mythology” than the idea of a “great flood” or deluge that occurred in ancient times; but here again, whether this represents cultural memories or oral traditions about an actual event, or simply a common “archetype” that emerges in various world belief systems, is unclear.

Back in 2016, a study published in the Journal of the Royal Society, titled “Comparative phylogenetic analyses uncover the ancient roots of Indo-European folktales,” attempted to make an effort toward understanding some of these questions. In the ancient world, the study’s authors contend, human migrations and expansions into different parts of the world have left traces that can be found in world mythologies, passed along in oral traditions, “as well as in their genes and languages.”

“The international folktale record has long been regarded as a rich context in which to explore these legacies,” the authors wrote. The researchers noted the problems that emerge from trying to trace oral traditions, where no verifiable written histories exist to aid in corroborating the data. To quote from the paper’s extract:

“To date, investigations in this area have been complicated by a lack of historical data and the impact of more recent waves of diffusion. In this study, we introduce new methods for tackling these problems by applying comparative phylogenetic methods and autologistic modeling to analyze the relationships between folktales, population histories and geographical distances in Indo-European-speaking societies."

According to folklorist Sara Graça da Silva and anthropologist Jamie Tehrani, the co-authors of the paper, there appears to be evidence that oral traditions that outlined common European folktales emerged well in advance of any kind of literary record of the same stories. To illustrate this, the paper traces the origins of one famous story published in the early 19th century by the Brothers Grimm back to its roots in ancient Europe.

The story, commonly known today as "The Smith and the Devil," appears to have been represented in various cultures dating back several thousands of years before folklorists Jacob and Wilhelm Grimm committed the story to paper in 1812. In fact, according to Graça da Silva and Tehrani, it may date as far back as 6000 years, if not to even earlier times. Shades of the same story have appeared in countless literary contributions from over the ages, though perhaps its most notable retelling was Johann Wolfgang von Goethe's rendition of the Germanic Faust legend. 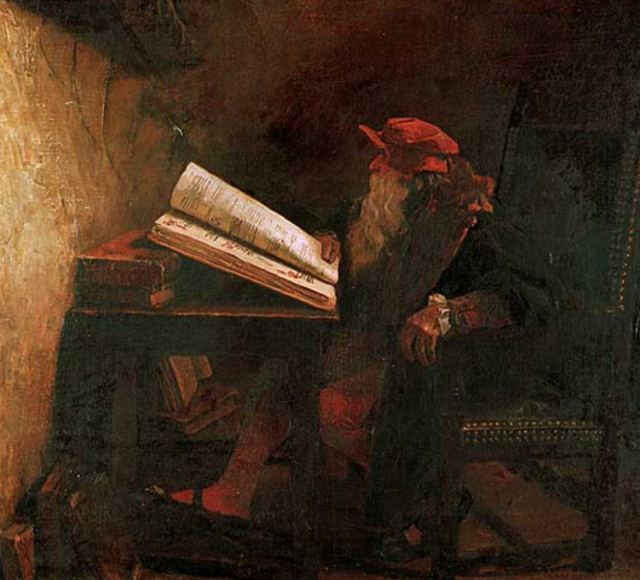 "We show that these oral traditions probably originated long before the emergence of the literary record," the authors wrote, specifically tracing ‘The Smith and the Devil’ all the way back to the Bronze Age. "On a broader level, the kinds of stories told in ancestral societies can provide important insights into their culture, furnishing new perspectives on linguistic, genetic and archaeological reconstructions of human prehistory."

The idea of reconstructing our past through such mythologies--an "archaeology of the mind," to put it poetically--is a fascinating pursuit. It is also a relevant one, since our attempts to understanding the multi-layered strata of the mind are, at times, very much like the process of archaeological excavation.

And to wit, there is still much digging left to do before we unravel all the hidden alcoves along the meandering path of the evolution of human consciousness.