When it comes to the matter of one of the world’s most famous monsters, Bigfoot, there’s no doubt that most people view it as a North American equivalent of the likes of an African gorilla, or an Orangutan. Certainly, there is no doubt that most cryptozoologists – monster-hunters, in other words – view the creatures from that perspective. Many of those who have carefully studied the history of Bigfoot lore suggest that the creatures may represent relic populations of a massive ape that lived in China, India, and Tibet, up until around 200,000 years ago, when, it’s generally accepted, the massive apes became extinct. Their official title is Gigantopithecus blacki. In terms of what is known about Gigantopithecus, we have to travel back in time to a relatively recent period: the 1930s. The immense beast has the thorny problem of nothing less than male impotence to thank for its discovery. For years, Chinese herbalists and doctors have utilized fossilized teeth to create cocktails that, so they claim, can cure the embarrassing ailment of being unable to “get it up.” Since the Chinese landscape is rich in fossilized bones, people have made significant profits from selling such items to apothecaries all across China.

It turns out that in 1936 a German man named Ralph von Koenigswald came across a huge fossilized tooth – specifically a molar – in a Hong Kong apothecary. It was highly fortuitous that von Koenigswald was the man that made the discovery, since he was a paleontologist, and instantly recognized the significance of what had fallen into his lap. Not only was the molar giant-sized, von Koenigswald was able to determine it came from a primate – and a large one; a very large one. In the immediate years that followed, von Koenigswald found further such examples and coined the term Gigantopithecus blacki – the former word standing for “gigantic ape” and the latter a reference to a deceased friend Davidson Black. Von Koenigswald was temporarily, and disastrously, interrupted at the height of the Second World War when he became a prisoner of war of the Japanese. Nevertheless, he was not deterred, and, when the hostilities were over, he continued his quest to understand the true nature and life of Gigantopithecus. As did several other people. One of them was an anatomist named Franz Weidenreich. 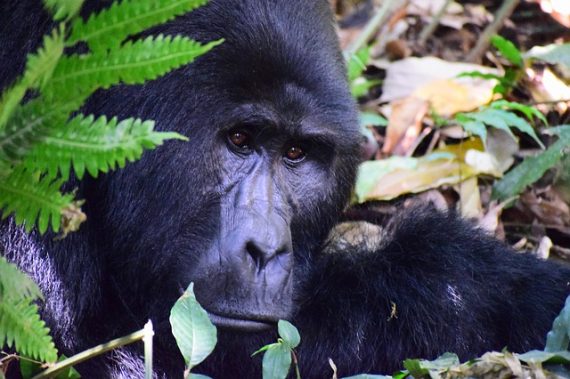 In his 1946 book, Apes, Giants, and Man, Weidenreich made the controversial assertion that Gigantopithecus may have been far more human-like than ape-like. Chinese scientists also got hot on the trail of Gigantopithecus during this same time frame. Then, in 1956, a massive jawbone of the huge ape was unearthed at a cave in Liucheng, China. The result was that, in a relatively short time, a great deal was learned about this previously unheard of hairy giant. Perhaps most amazing and impressive of all were Gigantopithecus’s statistics: estimates suggested that the height for an adult male would have been around ten-feet, while it might have tipped the scales in excess of 1,000 pounds in weight. As for when it lived, the estimates were intriguing.

One could make an extremely valid argument that since people are still claiming to see giant apes in the very areas where we know Gigantopithecus roamed – such as Tibet, Vietnam, China, and India – this is evidence that the mighty, hairy giant is still among us, but now known by its far more famous names of Bigfoot. There is, however, one problem: due to its massive size, there is a general consensus among primatologists that Gigantopithecus walked on its knuckles. Whereas Bigfoot is almost exclusively described as walking upright, as we do. And, there are other problems, too.

Although most researchers of the Bigfoot phenomenon perceive the creatures to be nothing stranger than either surviving pockets of Gigantopithecus or an ape of unknown classification, the fact is that there is something very strange about Bigfoot. We might well say, even beyond strange. There are reports of the creatures being completely impervious to bullets. Numerous reports exist of hunters having a Bigfoot in their sights, but the bullets seemingly not harming the animals – and certainly never, ever killing one. More controversial, there are reports of the Bigfoot creatures vanishing in a flash of light when seen by startled witnesses. In other case, the creatures just wink out of existence. No one needs telling that this is hardly the behavior of regular animals – known or unknown. 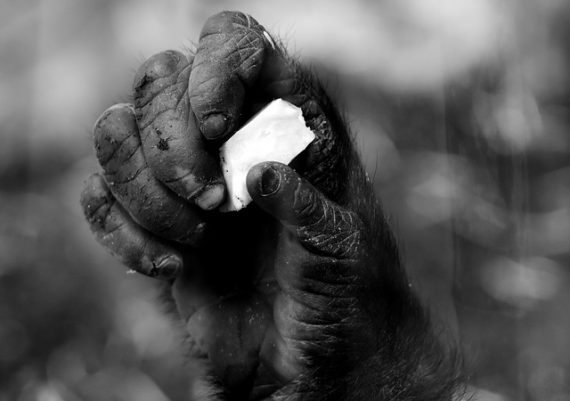 There is also evidence that Bigfoot is a beast which has some pretty extraordinary skills – we might even call them paranormal powers. One of them is to get into the minds of the shocked eyewitnesses. People have told of seeing Bigfoot up close and personal, only to suddenly have their minds swamped with the booming voice of a Bigfoot, warning them to stay away: we’re talking about the likes of telepathic communication and extrasensory perception, or ESP, as it’s commonly known. Moving on, there is the issue of what is known as infrasound – something which more and more researchers believe is directly tied to the Bigfoot phenomenon.

Infrasound is an extremely low-frequency sound level which, when directly targeted at a person, can cause all manner of distressing feelings and side-effects. Today, the U.S. military is actively researching what is known as “acoustic weaponry.” By all accounts, hitting an individual with low-frequency sound can cause a person’s blood-pressure to drop to dangerous levels. Their heart rhythm can go out of sync, and sometimes to a dangerous degree, Sudden outbreaks of severe anxiety are commonplace, as are nausea, dizziness, lightheadedness, and even temporary short-term memory loss. So, you may well ask, what does all of this have to do with Bigfoot?

In many cases, and according to eyewitnesses to Bigfoot, when they were in close proximity to the creatures – and usually when randomly coming across one or more in the woods – they exhibited the very symptoms that directed, low-frequency sounds can provoke. The idea that Bigfoot might be able to target us with infrasound is not at all impossible: after all, both giraffes and whales use it for communication. So, for Bigfoot to be able to use infrasound – but, admittedly, in a hostile way, rather than as a means to communicate – is not so strange, after all.

Bigfoot: ape or an extremely strange entity? Take your pick.

Asteroids Could Present Big Problems For Our Future, Even Without an Impact