Cougar Thought To Be Extinct Spotted In North Carolina

A cougar that was thought to be extinct has been spotted by several people in North Carolina. Even though experts say that the cougar is still extinct, a few dozen people who are convinced they’ve seen the cougar sheds new light on perhaps it is still living in the area.

Last Saturday, a chef in Morganton named Billy Hensley posted on a Facebook page for Bigfoot research that he is pretty sure that he witnessed a cougar in Nebo which is located in the western part of North Carolina. “I know I’ll catch some flack for this,” he wrote, “But I will swear this to my grave: I have seen a cougar not once but twice in Nebo in the past month or so.”

Hensley told the Charlotte Observer that after he had left work in Morganton, he was driving through Nebo getting close to McDowell County when a wild cat that looked very much like a cougar “jumped across the road” about 75 yards in front of him. “I was stunned but knew what I saw wasn’t a dog or anything else for that matter,” he said. 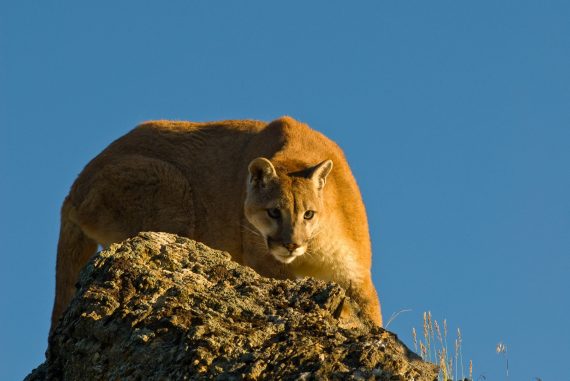 Much to Hensley’s surprise, he received several Facebook comments from people who have also claimed to have seen the cougar, despite being afraid that people would blame them for misidentifying a bobcat as a cougar. One user named John Bruner, posted, “Billy, we jumped one at Lake James one night on expedition. It was huge and had a tail 3 feet long. It was not a bobcat.”

Kim Owens-Mayhew added, “I’ve seen one about a half mile from my house in Green Mountain – which is in Yancey County. Definitely a cougar, like you saw... I’ve seen bobcats too and they’re not even close to the same size, length, and of course the tails are different.” Tiffinay Al-Maqtari also weighed in by writing, “I think it’s condescending and dismissive when wildlife biologists or whoever say that they aren’t around when people obviously are seeing them. There was one outside of my son’s school once and all the kids saw it. They are just incredibly elusive.”

Although so many people have claimed to have seen the wild cat, N.C. Wildlife Resources officials told the Charlotte Observer that the Eastern Cougars are currently only found in parts of Florida. Jodie Owens, who works for the N.C. Wildlife Resources Commission, said, “There are no known cougars in North Carolina. We get lots of reports every year from folks who think they’ve seen a cougar. Usually, it’s a house cat, bobcat, coyote, even dogs or black bears that have been misidentified as cougars.” 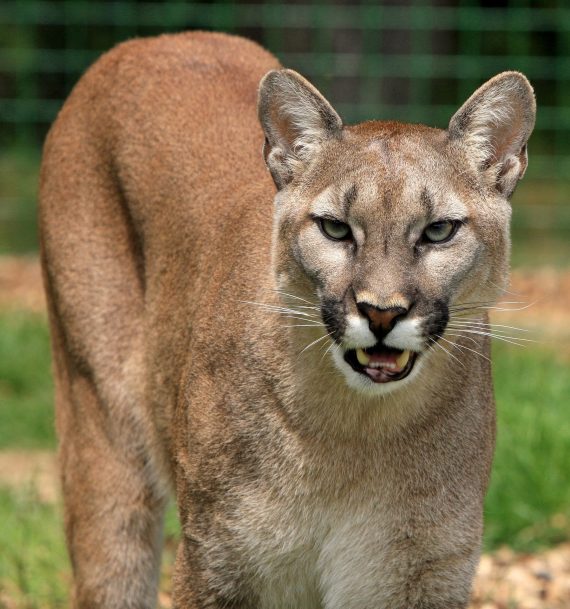 I find it quite hard to believe that someone would mistake a house cat for a cougar, since a male cougar measures 6 to 8 feet long and can weigh up to 150 pounds at full size. That would be one massive house cat.

Brad Howard, who is a North Carolina state biologist, wrote in a report that there would be a lot more evidence if cougars were still in the area. “At some point in time over the last 100 years, a cat would have been hit by a car, shot by someone or otherwise documented coming into the state,” he wrote, adding, “So, while the stories are fun and the legends are as old as our state, the legendary cat of the mountains and the swamps is just that, a legend.”

With all of the alleged sightings of this mysterious wild cat, it’s possible that the cougar once thought to be extinct may very well still be living in North Carolina.