Famous Hacker Thinks We Live In a Simulation, Wants to Start a Church to Escape

It's always seemed pretty apparent that the whole "simulation hypothesis"—that we all live inside a computer-simulated facsimile of the real world—is just a new millennium sci-fi re-skin of an old idea: religion. Think about it. The simulation hypothesis posits that we live in a constructed reality, made just for us, by some other force with abilities far superior to our own. That's not a new story. Sure, the simulation hypothesis has some intelligent sounding (it uses science words sometimes) justification, but the same could be said for every story about what's really going on. Oh, yeah, and now some dude who wants to hack his way out is thinking about starting a church.

George Hotz, a 29-year-old hacker and founder of Comma.ai, a self-driving car startup, laid out his future cult horror story at a talk at the SXSW Festival in Austin, Texas last week. The talk was titled "Jailbreaking the Simulation," and was described on the festival's website as:

We are in a simulation. Has it occurred to you that means God is real? By drawing parallels to worlds we have created, we ask, from inside our simulator, what actions do we have available? Can we get out? Meet God? Kill him?

Dude has a flair for bombast. I like that in my friends, but not in people who talk about starting a church.

Something like this was apparently not unexpected from George. According to an article on The Verge, Hotz—who achieved notoriety as a teenager when he became the first person to jailbreak the iPhone—has a penchant for these kinds of talks, including one also at SXSW three years ago in which he "promised to end capitalism." That one sure worked out.

In the talk about ending the simulation, Hotz treated the simulation hypothesis as if it's a foregone conclusion, and used the same logic my drunk buddy used when he came up with fool-proof blueprints for a free energy machine.  Hotz said:

“There’s no evidence this is not true. It’s easy to imagine things that are so much smarter than you and they could build a cage you wouldn’t even recognize.”

Yeah, but just like free energy machines, the burden of proof is on the one who makes the claim. It's easy to imagine a lot of things, George. It's easy to imagine I'm the reincarnation of Alexander the Great, but I have no upper body strength and I'm bad at talking to people. I'm not going to be doing any conquering any time soon. But I can imagine it.

It's when it gets culty that we've got problems. Maybe George Hotz was just having fun and flying off the handle for laughs. That is fun, admittedly. But he did, literally, say he's thinking about starting a church:

“I’m thinking about starting a church. There are a lot of structural problems with companies — there’s no real way to win.

With companies, you only really lose. I think churches might be much more aligned toward these goals, and the goal of the church would be realigning society’s efforts toward getting out [of the simulation].” 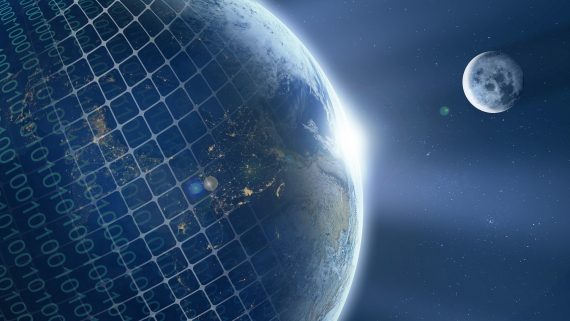 And then, like any good hellfire and brimstone preacher-man he created a sense of urgency by invoking the coming apocalypse, this time around called the "technological singularity."

“I don’t know how close you guys think the singularity, but I think it’s very close. Once we reach the singularity, If we have the same motivations we have now — primarily power over people — things are going to be horrific. Getting the right people together, and starting to say, ‘What does it mean to get out?’ No quackery, no crap. Everything you say better be rationally justifiable.”

No quackery, indeed. Oh wait, and as a little cherry on top, the righteous self doubt:

“Do I actually believe it? Some days yes. Sometimes I don’t know how I feel about something until I say it out loud.”

George Hotz seems like the type of guy who just likes saying things, but I can't help but wonder if this is shades of the world to come, where, against all odds, even our cults get dumber.

Irish Man Claims Witches Made Him Smash His Neighbor’s Windows