What goes around, comes around.

Would that roundabout description of karma still hold true if the Earth was flat? A group of Flat Earthers trying to prove earthy flatness got a big dose of comes-aroundness when the $20,000 gizmo they purchased for that purpose kept coming up “round.” They could have spent far less with the same result by using a Magic 8-Ball … if those were flat. What does karma have against Flat Earthers? Let’s find out.

A documentary currently showing on Netflix called “Behind the Curve” follows members and leaders of the Flat Earth movement as they attempt to prove their beliefs and gather new followers. One of those leaders is Bob Knodel, who claims his background as an engineer and a pilot have convinced him that the Earth is flat and inspired him to create a YouTube channel cleverly named “Globebusters.” If anyone should know how to prove the globe is a flat glob, it’s an engineer and a pilot … right? 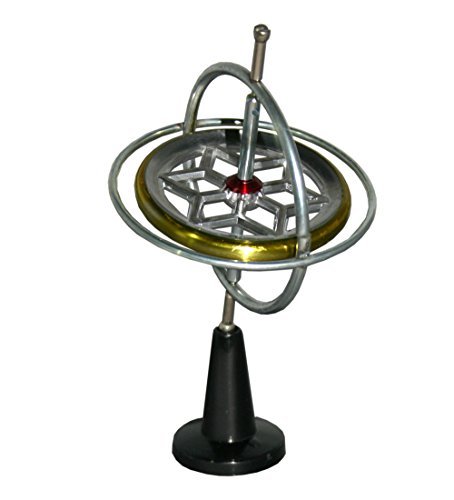 According to Newsweek, Knodel and his followers managed to purchase a gyroscope … not one of those fun spinning toys you played with as kids but a $20,000 highly-accurate laser gyroscope that they planned to use to disprove the scientific fact that a round Earth spinning at 15 degrees per hour causes a gyroscope to drift the same 15 degrees per hour. Knodel fired up the gyroscope and stood back. When he saw the results, he said:

“We don’t want to blow this, you know? When you’ve got $20,000 in this freaking gyro. If we dumped what we found right now, it would be bad? It would be bad. What I just told you was confidential.”

That doesn’t sound anything like “Eureka!” That’s because it was more like a “Eureka … not!” moment for Knodel. What he saw that was "bad" and should be kept "confidential" was the laser gyroscope drifting 15 degrees per hour just like it was supposed to. So, Knodel had an awakening, admitted the Earth really is round, shut down his YouTube channel, picked up his flat globes and went home … right? 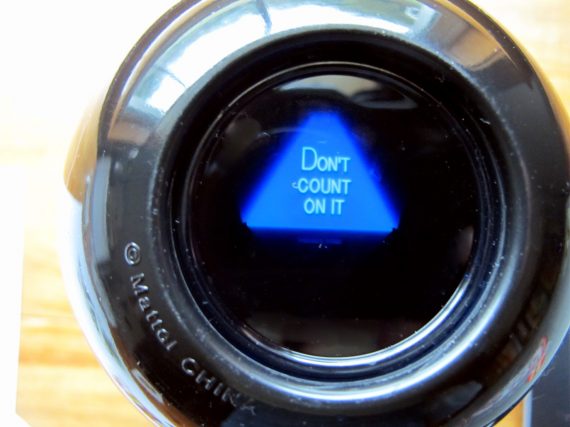 “Now, obviously we were taken aback by that – ‘Wow, that’s kind of a problem.’ We obviously were not willing to accept that, and so we started looking for easy to disprove it was actually registering the motion of the Earth.”

If you don’t like the results, blame the machine! (See a video clip here.) Knodel should have gone into politics … on second thought, maybe it’s a good thing he didn’t. Ignoring the drift and refusing to drift away from his non-scientific belief, he kept repeating it, hoping to get a different result. Many of you will recognize this as a popular definition of insanity … Knodel probably believes that this only applies to Round Earthers. Needless to say, the drifting $20,000 gyroscope wins again and again.

The documentary also shows Knodel’s channel co-host Jeran Campanella conducting a different experiment using a light pointed through three circles cut into boards at the same height, with the boards being far apart. If the Earth is flat, the beam will pass through all three holes. And if the Earth is round? Campanella saw the beam miss the last hole and said:

At least he didn’t blame the boards … or the saw … or the laser pointer. (See a clip here.)

At this point, even a flat Magic 8-Ball would say, “Don’t bother asking again.”