A video popped up on the Internet this week of what is being reported to be either a flying gargoyle or a flying humanoid perched on and taking off from a large tree limb in Nicaragua. The shadowy creature looks real and the shaky camera work and panicked voices sound authentic, but as we all know with these videos, it’s best to maintain an attitude of caveat videntium … let the viewer beware. Should we?

(Watch the Nicaraguan gargoyle video here.) If one were seeking a place to see flying humanoids these days outside of Chicago, Puerto Rico might be a better choice. In the fall of 2018, there were multiple reports from the Puerto Rican city of Barceloneta of a Gárgola that one witness described as a “bodybuilder in animal form” which was five feet tall with a 4-foot wingspan, a frightening scream and a taste for chicken blood. No videos or other recordings were made of that one, but a video did surface in November 2018 of bones that some men claimed to have found in a cave hear the eyewitness reports of something with a strange skull and what looked like wings. 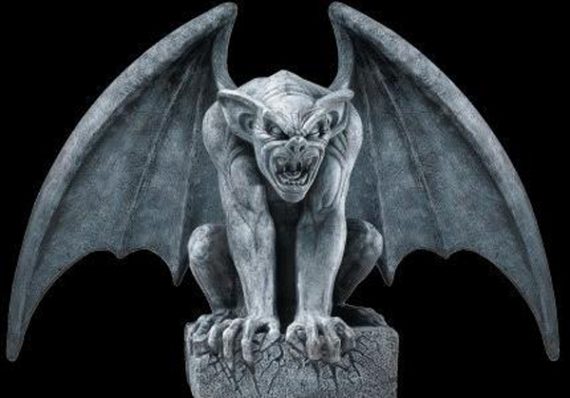 Nicaragua has some Chupacabra sightings but is better known for scary shapeshifting, men-hunting witches like La Ceguathe or the Black Cadejo, a shapeshifting demon that generally takes the form of a dog. Neither of those have wings, even in their shifted shapes, so they’re probably not the creature in the video, which has distinctly bat-like wings. Then what is it? The headlines call it a gargoyle or flying humanoid, while the comments of believers concur with those descriptions and warn of it being a sign of the apocalypse or end times. Skeptics simply call it CGI. Caveat videntium?

“These are paranormal videos created by us to entertain. All the images shown are of fiction. Video CGI (computer generated image). Creation of the creature video edition: Jose Joaquin Perez. Animation and assembly: Jimmy Jose Perez”

Ding-ding-ding! We have a winner! Or better yet, a confession! After some intrepid digging, it was discovered that the video, and some other flying humanoid videos like it, are the creation of Nicaraguan brothers José Joaquín Pérez Díaz and Jimmy José Pérez Díaz, the founders of JJPD Productions, a video channel with “paranormal, terror and extraterrestrial content.” They started in 2014 and now have a large collection of similar creations. (See another of their flying humanoids here.) They seem like nice videographers who at least are honest about what they do.

"It all started as a jovi, now it became a job where YouTube pays monthly and we work because we like it, we plan to upload more science fiction short films and horror stories ." 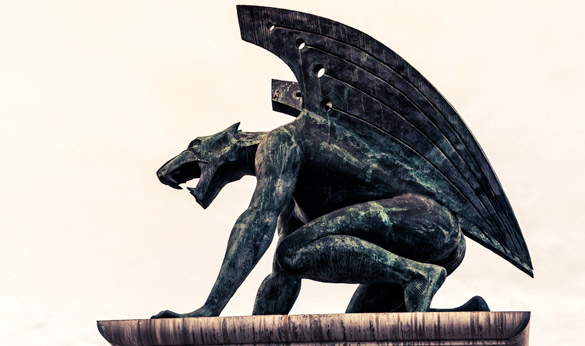 So, gargoyle and flying humanoid fans … it looks like JJPD Productions is a good place to check when your friends send you a new video they swear is the real deal. As CGI keeps improving, the task of finding evidence of real cryptids, UFOs, ghosts and other paranormal entities gets ever more challenging.

Don’t give up … but always Caveat videntium.

From Shadow People to the Philadelphia Experiment Part-1