From Shadow People to the Philadelphia Experiment Part-1

As someone who writes books, gives lectures, and posts articles here and there, I get a lot of feedback. For the most part, it comes via emails, phone-calls and Facebook messages, from people who want to share their experiences, ask questions, or offer their opinions on the things I have written about. Occasionally, however, I’ll find myself on the receiving end of a communication (or several) from someone claiming an “Insider”-type background. A whistle-blower, in other words.  There have been a few occasions when my path has crossed with those of enigmatic characters whose backgrounds did indeed place them in the world of certain, covert activities - all connected to UFOs, in one way or another. This occurred most graphically when I was researching and writing my books, The Roswell UFO Conspiracy, On the Trail of the Saucer Spies, Body Snatchers in the Desert, and Final Events. 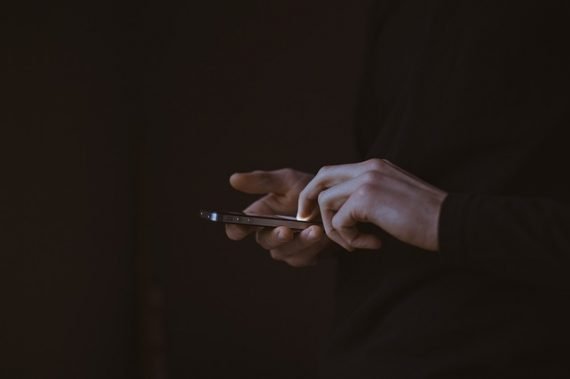 On March 2, 2017, it happened again. In this case, it came in the form of an “Unknown Caller” phone-call in the early afternoon. The elderly man at the other end of the line said that he had read my books Men in Black and Women in Black and wanted to share something relevant. It all revolved, he said, around the Philadelphia Experiment of 1943 and the MIB. This was certainly a new one on me. And I thought I had heard it all! I clearly had not. Like me, he had no time for the teleportation- or time-travel-based scenarios. But, what he did believe (or, rather, claimed to know) was certainly just as controversial. Perhaps, even more so. He said that in the early 1980s he was given the opportunity to read a particular batch of classified U.S. Navy files that told the “real” story of the Philadelphia Experiment. He was extremely cagey on verifiable facts (no surprises there, I have to say...), but maintained that the experiment had a bearing on the aforementioned MIB and Women in Black. I asked: “In what way?”

His reply was that the experiment - the precise nature of which he would not comment on - created what he called “a shift.” It was a shift that allowed those aboard the ship to see certain things that, in a normal state, they, you and I would not be able to see. But, which are supposedly around us all of the time. We’re talking about the MIB, WIB, and even what have become popularly known in recent years as the Shadow People, one-dimensional entities that are considered highly dangerous. So the tale went, the stories of crew-members vanishing, or becoming fused into the metal of the ship itself, were very wide of the mark. They were, I was assured, wildly distorted accounts of the crew seeing not sailors, but encountering MIB, WIB and Shadow People walking through walls, becoming invisible, and then reappearing. It didn’t take long, though, before the “truth” of the matter became a tale of vanishing and reappearing sailors. The man claimed - even more controversially - that this particular event at sea marked the first moment when the U.S. Government became “aware” of the Men in Black phenomenon.

The man stressed that he used the word “aware” for a very good reason. He wanted to make it clear that the government’s awareness did not mean they fully understood the nature of the MIB (and related) phenomenon. And, then, he stressed yet again that awareness and understanding should not be confused. Yes, I got it, jeez. Interestingly, he also said that the stories of some of the crew going insane were absolutely true. He explained that this was caused by the strange ability of some of the men to randomly see the MIB, the WIB, and the Shadow People for up to at least several years later. True or not, I could understand why people might well flip their collective lids under such circumstances. Imagine being endlessly faced with ghoulish, pale creatures in black swarming all around you, all the time, and in somewhat ethereal form. And your friends and family are completely oblivious to what’s going on around them. That would surely be enough to send anyone completely off the rails.

Creepiest of all, he said that when the creatures realized they could be seen by the sailors, they would respond by endlessly tormenting them. They would point their bony fingers at the men and grin in manic style. Others would “dance” around them, in wild, crazed fashion, while wailing and howling. It was a definitive bedlam, one from which there was no escape whatsoever. A Danse Macabre, one might say. Minds were lost, destroyed and never recovered. Having listened to all of that, I felt like I needed a drink. Was 3:00 p.m. on a weekday too early for hard liquor mixed with chilled Coca-Cola and ice? No, it was not. Of course, the most logical explanation for all of this is that the source was a nut-job. But, what if he wasn't...?

The story is not quite over. Part-2 will soon follow...

Former US Senator Harry Reid Says US, China, Russia Are in a ‘UFO Race’